The Sweet Indifference of the World 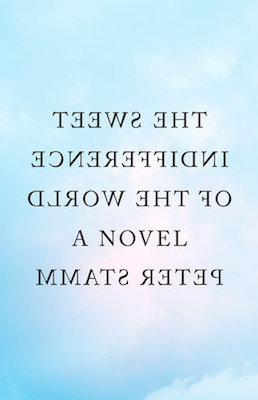 The following is an exclusive excerpt from The Sweet Indifference of the World, by Peter Stamm. Originally published in Sweden in 2018, this haunting novel tells the story of two love affairs, between Lena and Chris, and, twenty years before, Magdalena and Christoph, both of whose tumultuous and complex relationships eerily seem to be running the exact same course.

It was when I was at university that I had first started working on fiction, ambitious projects full of deep wis­dom and literary allusions, that no one wanted to read, much less publish. It was these years of trying and fail­ing that finally brought me success. The hero of the novel with which I eventually found a publisher was, just as I was, a disillusioned author. The book was a love story, it was supposed to be a portrait of my girl­friend, but while I was writing it, we broke up, and so it turned into an account of our breakup and the impos­sibility of love. For the first time in my writing, I had the feeling I was creating a living world. At the same time, I could feel reality slipping through my fingers, daily life was getting boring and shallow to me. Yes, my girlfriend left me, but if I am to be honest I had left her months before in my imagination, I had slipped into fiction and my artificial world. When she told me she couldn’t go on this way, and that she was missing me even when I was right there next to her, all I felt was a sense of irritation and exasperation.

My novel, though, was a hit with booksellers and readers; even the reviewers seemed to sit up. This debut promised all sorts of things for the future, wrote one woman. And in fact I did believe in some sort of future, for the first time in a while. After living from hand to mouth for several years, the success of my book secured not a lavish but a respectable income; but above all I had something to show for myself that justified all my en­deavors. The years of failed writing already felt like a long-distant time, in which I was caught up in labyrin­thine plots, and driven by exaggerated ambitions.

I never admitted how much my story was about me. When I was asked about that after readings, I dismissed the idea, and insisted on the separation between author and narrator.

My publisher had lined up a series of readings for me, and I enjoyed being able to escape my empty apartment and travel around the country, looking at new places, and just being busy for an hour or two in the evenings. When I got an invitation from the little bookshop in my na­tive village, I only briefly hesitated. The old bookseller had written me such a gracious and flattering letter that I agreed. Only as the date moved ever nearer, I felt a little uneasy about reading in front of people who had known me as a boy, and who couldn’t fail to make the connection between the characters in my novel and me in my present life.

It was the end of November. I had set off, deliber­ately early, just after lunchtime. I hadn’t been back to the village for years, and I wanted to see if the reality still corresponded with my memory.

The train emptied as it went along, as though ap­proaching a forbidden zone, I was the only person left in my carriage, and it was a long time since the conductor had last put in an appearance. When I set out, the sun was shining, but the farther east we went, the foggier it got, and by now everything outside was gray, forest, bare trees, fallow fields, a herd of sheep, and just the occasional farm or clump of houses. Shortly before the destination, the otherwise straight rail tracks curved hard to cross to the opposite side of the river. Just before the curve, the train slowed down and came to a complete halt. The tilt of the carriage, which had been barely discernible as we were moving, now that we were stopped made me feel giddy, it was as though I was off kilter myself. The train remained standing for a long time, then it gave a jerk and trundled across the river, without anything having happened that would explain the delay. But my sense of unease persisted until I was in the village.

In winter, the region was often fogbound for weeks on end, and those were the climatic conditions I asso­ciated with my childhood, a cold, gray, blotting-paper world, but simultaneously cloistered, in which things that weren’t directly in front of you seemed not to exist. Only when I took my final school exams and left the vil­lage for the city did I learn how large and uncertain the world truly was. Perhaps that was what had prompted me to start writing, to reclaim the landscape and the se­curity of my childhood, from which I had exiled myself.

Although I could perfectly well have gone home when my reading was over, I had asked the bookseller to reserve a room for me in the hotel on the marketplace, which housed a restaurant and a small studio theater as well. Before I went away to college, I had spent a couple of months there, working as a night porter. At that time, the little arts center was still pretty new, and it all seemed very big and terribly modern to me; now it looked mod­est, old, and run-down.

I had meant to go for a little stroll through the vil­lage, but even on the way from the station to the hotel I had been piqued and upset by the mixture of new and familiar. Even those buildings that still looked the way I remembered them seemed strange to me, as though they were in a museum, detached from their context and function.

I lay down on the bed and thought about the village the way it used to be.

The air in the hotel room was dry and scented with air freshener. I lay down on the bed and thought about the village the way it used to be. When I shut my eyes, everything was still as it was, the buildings, the streets, the people who lived in them. I remembered the bustle of market days, the processions and celebrations with brass bands and fireworks, but also dim days of spring, the yawning void of summer, the cozy feeling of rainy days in autumn. Each season had had its particular smell, rain on asphalt, hot tar, moldering leaves. Even the snow had had a smell, a kind of dimmed freshness that I could al­most taste.

I heard a chiming and woke up. It was dark in the room, and it took me a while to locate the telephone and reply. It was the bookseller, calling to check that I’d ar­rived and whether he should pick me up at the hotel. I can find my own way, I said, I haven’t been away that long.

My previous anxieties turned out to have been mis­placed. I didn’t know anyone in the audience, and no one seemed to be interested in the fact that I had grown up in their village. After the reading, there were the standard questions, the listeners seemed to have no interest in any­thing personal. Later I went along with the bookseller and one or two of his customers for a glass of wine in a restaurant. Even though we didn’t have much to say to each other, time passed and it got late. I asked after a few people in the village, but most of them were either un­known to the present company or known just by name, having moved away or grown old and no one minding about them anymore. Instead, they talked about all sorts of village subjects, political intrigues, bits of tittle-tattle about people I didn’t know and had nothing to do with. When the bar closed at midnight, I had trouble keeping the bookseller from walking me back to the hotel.

During the short walk through the dark and empty streets, for the first time that day, I felt a kind of familiar­ity, but it was less a matter of the place than the time of night, which evoked memories of going home at the end of pub crawls, endless goodbyes with friends at cross­roads, before we each went our separate ways, all our lofty plans and great expectations.

The hotel entrance was down a dimly lit arcade, the glass door was locked. I pushed the after-hours bell. As I was waiting I noticed I was completely drunk. I pressed one hand against the cold glass. After a while, I rang the bell a second time. I remembered doing my rounds when I used to be night porter there. With flashlight in hand I had walked through the theater, across the empty stage, through empty passageways and conference rooms, and down to the underground car park.

Finally, I heard a door bang, and shortly afterwards saw movement in the corridor, the inner glass door opened, and a young man approached me. While he fiddled around with the lock, I saw his face next to the reflection of my own, but not until he held the door open for me did I realize that he was me. 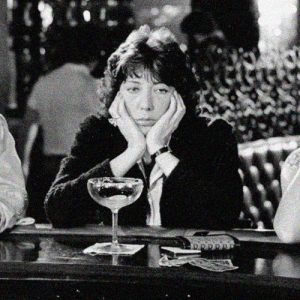 Hostile Work Environment: Women in Today's Thrillers Let’s talk about having it all, that old saw that’s kept women miserable and insecure at least since Helen Gurley Brown....
© LitHub
Back to top