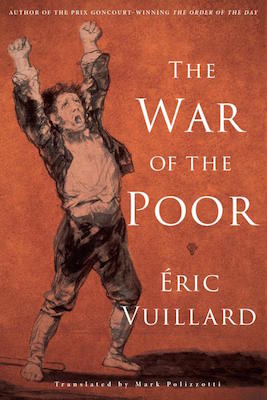 The following is an exclusive excerpt from The War of the Poor , by Éric Vuillard and translated by Mark Polizzotti. Not long after the Protestant Reformation ousted the bourgeois Catholic Church, the Protestant Church soon occupied that seat of oppression. Thomas Müntzer led the revolt of working-class Germans against the institution that was supposed to grant them fairness, and didn't.

And so, from the four corners of the empire surged the destitute hordes. Müntzer called out, and the crowds came. The Landgrave of Hesse couldn’t believe his eyes. Urban laborers came, madmen came; the peasants rose up en masse. There was great terror among the nobles and burghers. Women abandoned hearth and home, children marched across the fields in pursuit of the Holy Spirit. Young women, vagabonds, the wretched rabble, even beasts! The gentry saw all kinds of people going by, in twos or threes or else alone, having left without baggage, without anything. No one knew what they were after. The lords and their armed gangs didn’t dare lift a finger; horrified, they watched the throngs pass by. A vague fear began to rise. What should they do now? No one had ever seen such a sight. Every­one was vacating house or shack and joining the wandering horde. And where were all those people going? No one knew. They were too frightening to even try to disperse. They slept in the woods, in the hay, dreaming.

But once the first moment of stupor had passed, the princes reacted; they ordered their forces to regroup. Several thousand well-armed, battle-hardened men. The others, the ragged masses, had loosely gathered in a huge plain, and there they stood, no one really knowing what was what.

First there was a shout. Several horsemen broke through the ranks of the disordered mob, then their horses halted between the two camps. It rained lightly. People took shelter beneath tall dead trees. The soldiers were sweating in their iron carapaces. From afar, they saw a few silhouettes moving among the peasants.

Suddenly, there was a rumble in the left wing— nothing much, mind you, but a tremor that spread from animal to animal, rider to rider, like a gentle breeze in straw. One horse must have jostled an­other and a few men now lay fallen on the ground. Count Albrecht made a sign for them to wait. The ranks slackened. You could hear the clank of weap­ons. Everyone was at the ready. In the distance, the band of vagabonds did not seem to be preparing for the attack; their disorder was such that they must have had neither plan nor leader. The peasants hesitated to surrender. Their artillerymen didn’t even get around to loading their bombards. There was total confusion. Just then, a rainbow appeared. The great bald cliff shone iridescent. The sky turned deep blue. Müntzer saw in this the sign he’d been waiting for. He spoke. They listened. Like so many before him, he invoked a sign. He saw the mark of God. It was the moment of truth: They were about to cross the Jordan.

Then they began to pray, but not on their knees—standing. It must have been odd, those thousands of men wearing rags and bearing weap­ons, eyeing the heavens. Then, while still awaiting the reply of a final legation, the princes’ artillery opened fire.

The pandemonium defies description. Bodies were struck and fell. There were shouts, smoke, people running for their lives. The volleys began again. The peasants ran wildly, cut down by flying lead. In the princes’ camp, the infantry had taken position behind the crossbows and awaited their orders. The cavalry waited, too. Müntzer exhorted his men, screamed his confidence in God, tried to grab them by the sleeve, I don’t know what he did, probably he shed tears, he raged. Bodies moaned in the grass, crying out, begging for help. The tall trees raised their arms in impotence. The sky was now a vast, horrible blue. At that moment, they heard another shout, or rather a scream, a hue and cry. It was the infantry and cavalry charging. The peasants in the first ranks, who until then had held firm, were swept aside.

Opposite them, several horsemen fell, slashed at by scythes. They were set upon, bits of their armor torn away, then left to be trampled or crushed under the bellies of their mounts. But the bulk of the troops pierced the peasants’ front lines. The peasants managed to resist in two or three places. They formed small, compact knots, harass­ing the horses, yanking at an armband, a greave, a whatever, pulling in all directions until the rider fell and they slaughtered him.

Still, the cavalry’s armaments gave them such an advantage that before long all resistance caved. Later, Philipp of Hesse would write: “We pursued with our troops, killing those who were wounded. We stormed the city immediately and conquered it. All the men to be found were put to death; the city was plundered and with God’s help we were granted victory this day, for which we rightly give thanks to the Almighty in the hope of having accomplished and performed a charitable deed.” There were four thousand casualties.

Excerpted from The War of the Poor by Éric Vuillard, translated by Mark Polizzotti, published by Other Press on November 3, 2020. 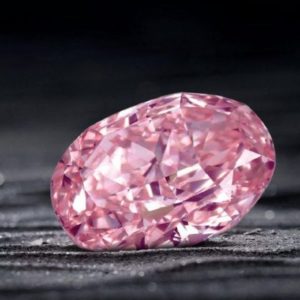 How the Discovery of a Rare Pink Diamond Led One Reporter into the World of Thrillers A pink diamond is a key into the human heart, where it unlocks the store of delight, love, treachery, and greed that distinguishes...
© LitHub
Back to top