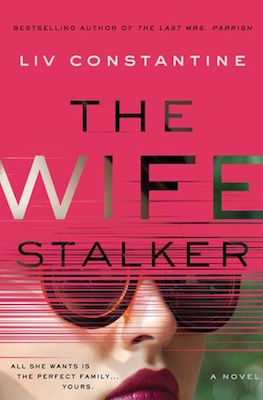 The following is an exclusive excerpt from The Wife Stalker, by Liv Constantine. Piper Reynard is a beautiful, youthful transplant to the seaside town of Westport, Connecticut. When she meets lawyer Leo Drakos, she decides the fact that he's already married isn't going to stop her. His wife Joanna has supported him even through a period of terrible depression, and is shocked when she learns he's willing to move on. But then she learns that Piper may not be all that she seems...

The morning after the clearly-not-business dinner, I knew I had to take some kind of action, but I was having trouble coming up with a next step that didn’t make me seem like a jealous shrew. Finally, it came to me in a flash. I would email Piper and tell her I’d like to take her up on her offer of a free class at her “recovery and healing center,” to get a look at her in her own element. I knew that yoga was going to be a stretch for me—pun intended. I’ve never been much of a gym person; at most, I hop on the treadmill for half an hour or so, and much prefer walking or swimming. I guess that’s why I don’t wear a single-digit size. I figured I’d stick to the back of the class and hopefully nobody, especially Piper, would notice my ineptitude.

Tanned, blond, boasting diamond rings on their left hands that could have served as brass knuckles, all of them—every single one—looked as though they hadn’t eaten in weeks.

I’d gone online to google some basic moves so that I’d know my Downward-Facing Dog from my Tree, which, if you ask me, are ridiculous names. The Warriorposes, however, I cangetbehind—at least they make you sound like you’re kicking some ass. Clad in black Lycra and carrying a newly purchased yoga mat, I took a spot in the crowded studio. I was relieved to see the low lighting and had to admit the music coming from the speakers—which had been designed to look like stones—was soothing. How hard could it be? I thought. It was yoga. But then I paid closer attention to the women surrounding me. Women who looked like they could bounce a quarter off their bicep muscles. Tanned, blond, boasting diamond rings on their left hands that could have served as brass knuckles, all of them—every single one—looked as though they hadn’t eaten in weeks. Tank-Top Girls, I call them. You didn’t get into that kind of shape by just breathing and stretching. Even though this was billed as a beginner’s class, it was clear to me these women had done yoga before.

Two minutes before the hour, Piper walked in dressed in sky blue yoga pants and a sports bra that showed off her six-pack. Everyone stood at attention, staring at her as if she were royalty. Her long blond hair was pulled back into a slick ponytail, her perfect complexion devoid of makeup. Even bare-faced, she was stunning. “Hello, everyone! It’s a beautiful evening to get healthy! Any newcomers today?”

I wasn’t about to raise my hand since she’d already acknowledged me with a nod when I first walked into the center. A woman in the front raised hers, fortunately, and Piper focused her attention there.

“Welcome! Go at your own speed. Remember, we’re all running our own race.”

I groaned inwardly. It was like she’d memorized a book of platitudes. I tried to keep my eyes on her, but it was difficult in some of the positions my body had to endure. I might have been wrong about loving the Warrior poses—my legs trembled as I tried to hold Warrior Two. From the glances I was able to steal, Piper was an unquestioned star at yoga. Her body did amazing things. I’d already known my figure was no match for hers, but with her agility? Forget it. Men probably wanted to tumble into bed with her the first time they saw her. My face burned at the thought of Leo thinking that about her.

At the end of the class, we lay on our mats, relaxing our bodies. My muscles were already sore. Piper dimmed the lights, and in a soft voice, she read a poem about staying connected to nature and the Earth. Then she walked slowly around the room with aromatic oil and asked us to take a moment of appreciation for our time in class. Gratitude is restorative, she said. And then from the front of the room, facing us as we sat up on our mats, she put her hands together in Prayer pose and uttered the word Namaste, to which the class responded, “Namaste.” I had looked it up earlier and knew it meant “the divine in me bows to the divine in you.”

I was eager to get out of there before the women dispersed, and luckily so many of them were crowded around Piper, vying for her attention, that she didn’t notice me leave. As I stood outside by my car, fishing in my bag for the keys, I spied the gorgeous redhead with a killer body who’d been a few mats over from me.

“Hi, there.” I approached her and put on my brightest smile. “This was my first yoga class, and I just have some beginner questions. Do you mind if I ask how long you’ve been coming here?”

“A while now. I usually go to Piper’s barre class, but my work schedule is a little crazy this week. She’s a super yoga teacher, not to mention she’s a great person.”

“How nice. I heard somewhere that she’s new in town.”

“Yeah,” she said, looking off as if in thought. “Somewhere out west, Oregon or California? I can’t remember which.” She looked at her watch, then back at me. “Well, I’ve got to run. It was nice to meet you.”

“You, too,” I said, and went back to my car. Vague. That’s the vibe I was picking up from Piper. There was definitely a vagueness surrounding her.

Just as I opened the car door, I saw Piper come out of the center.

Quickly shutting it, I walked over to her, figuring I might as well take the opportunity.

Her eyes widened when she saw me. “Joanna, hi! I was wondering where you’d gone. How did you like the class?”

I nodded and maintained eye contact. “Leo tells me that the preliminary work on the case is proceeding well and that you’ve been a big help.”

She just stared at me.

I went on. “He and I were talking about the timing after your meeting the other night. At the Oyster House.”

I watched her carefully and saw the slightest flicker of a tic in her cheek. She took a step back, her face now a mask. She wasn’t going to give anything away. I could see that.

“Well,” she said, backing up even more, “I need to get going. Nice to see you, and thanks for trying us out.”

“One thing,” I called as she was walking away. She turned, giving me an impatient look. “It could put Leo in jeopardy, being seen with a potential witness.”

“I don’t know what you’re talking about. I have to go,” she said in a huff and walked quickly to her convertible. Figures it was one of those expensive imports.

I stood alone in the parking lot, thinking about our exchange and berating myself for having handled it so clumsily. I shouldn’t have been so impulsive, should have thought more before I spoke. She worried me, though. Leo was a good judge of character; you hone those skills as a criminal lawyer. But I was seeing some- thing in her that he was missing. When she looked at me with those cold eyes and unyielding expression, I’d felt a chill in my spine. She hadn’t reacted at all to my words of caution, and even if she didn’t care about me—and that seemed relatively certain— shouldn’t she care about her new “friend” Leo? But it got me an answer: Piper Reynard was not the kind, feeling soul she pretended to be. Of that I was sure. 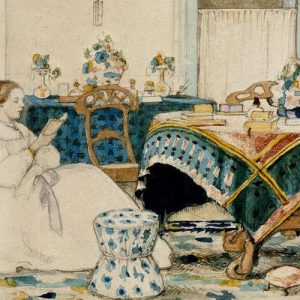 Our Personalized Quarantine Book Recs: Part 2 As the pandemic continues to spread, an unprecedented number of intelligent, well-read people are stuck at home. Working...
© LitHub
Back to top