This Poison Will Remain 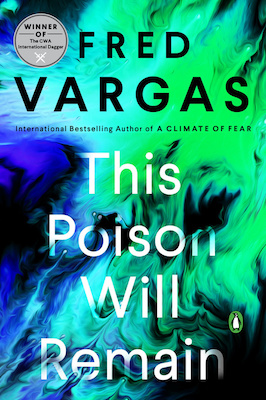 The following is an exclusive excerpt from This Poison Will Remain, the newly translated novel by Fred Vargas. Commissaire Adamsberg travels to the small town of Nîmes, where three elderly men have been found dead, all from spider venom. But it's not long before the Commissaire learns of similar cases, and the connections the victims have to a mysterious orphanage called The Mercy, where many spent their childhoods, long ago.

Maître Carvin was a cool customer, neither impatient nor hot-tempered, and when Lamarre and Kernorkian came to his chambers to summon him over to the station, interrupting him when he was busy at work, he merely asked forfive minutes to clear his desk, and followed them without demur.

‘What’s it about this time?’ he asked.

‘He wants to see both of you, you and Nassim Bouzid.’

‘Perfectly normal. I’m quite willing to speak to him as much as he wishes.’

‘That’s a little less normal, but I assume he knows what he’s doing.’

Adamsberg had eaten lunch in his office, this time rereading the report he had received at Reykjavik airport. He stood to read it, as was his habit, pacing round the room. The commissaire rarely sat down to work if he could help it. As he read, murmuring every word out loud—which took some time—he could not help seeing Voisenet’s little spider running across his thoughts from left to right. It was advancing prudently, as if it didn’t want to be noticed, or to disturb anyone. But it was disturbing him, since Adamsberg now knew, thanks to Froissy’s efficiency, that the spider was in his own computer. He put down the report and switched on his screen. Better get to the bottom of it and brush the damn spider out of the way. Better find out what Voisenet was doing with this creature, even this morning, when he should have been concentrating on the approaching meeting and indeed thinking about how to deal with his pestilential fish. So why had he, all the same, called up yet another picture of the recluse spider?

Voisenet had been calling up information about this spider for the last eighteen days.

Still standing, he opened the file Froissy had sent and checked back through it. Voisenet had been calling up information about this spider for the last eighteen days. This very morning, he had consulted the main local newspapers in Languedoc-Roussillon in southern France, and followed the subject on social media. There was a lot of passionate debate about this recluse spider, engaged in by people who were variously panic-stricken amateurs, pseudo-experts, pragmatists, ecologists and alarmists. Voisenet had even downloaded some news from last summer when, in the same region, there had been six recluse-spider bites, none of them fatal, but they had caused panic, even in certain national weeklies. And all this because of a rumour, coming from who knew where, spreading its scary breath: had the American brown recluse spider been sighted in France? That species was undoubtedly considered dangerous. But where was it, and how many of them could there be? There was a total outbreak of panic until a real specialist stepped in and closed the debate. No, the American variety had never set foot in France. But one of its relations had always been native to the southeast of the country, and was not lethal. Indeed it was a particularly timid creature, not aggressive, living in its hole, and the risk of it meeting a human was correspondingly small. This must be the one in question then, and none other, Loxosceles rufescens—Adamsberg couldn’t pronounce this Latin term. And that was the end of it.

Until this spring, when this same little spider had bitten two elderly men. And this time, they had both died. This time, the recluse spider had actually killed people. Some commentators argued that the deaths could be explained by the advanced age of the victims. At any rate, these two deaths had launched a polemic stretching to over a hundred pages, as far as Adamsberg could hurriedly estimate. He checked the time on the computer, so Maître Carvin would be here any minute. He crossed the large office (still stinking of fish, despite the wide-open windows) and took from the cupboard the keys of the only top-of-the-range car to which the squad had access. But what the hell was Voisenet interested in this spider for? All right, two people had died, and presumably their weakened physical condition had not been enough to protect them from a dose of poison, but did that mean his lieutenant had to keep track of the situation every day for the last eighteen days? Unless, perhaps, one of the victims was a relative of his, or a friend? Adamsberg expelled the recluse from his mind and set o to intercept the lawyer on the pavement, before his officers, who might be forgetful, could let him enter the putrid atmosphere inside the police station.

‘You’re taking him out in our best car, are you, commissaire?’ remarked Retancourt as he went past. ‘So you’re impressed by Maître Carvin and his haughty ways, too.’

Adamsberg smiled as he looked down at her, head on one side. ‘Have you forgotten what I’m like, Retancourt? In just seventeen days?’

This time, the recluse spider had actually killed people.

‘No. I must have missed something.’

‘Yes indeed. The gravel chippings, on the way back to the video games centre.’

‘Gravel chippings,’ she said thoughtfully. ‘And you can’t tell me any more than that?’

‘Yes, I can. No two dandelions and no two drivers are identical on this earth, that’s all.’

‘I’m probably worse than before, but nothing to worry about. Tell me,’ he said, swinging the keys from the end of his finger, ‘what are your views about losing one’s spare car keys?  This is a serious question.’

‘Simple. You should never lose your spare car keys, commissaire.’

‘You go in desperate search of them. Spare car keys are something that turns us all into idiots.’

‘I lost my mobile phone on Grimsey.’

‘In a field, and a sheep trod it into some shit.’

‘And you didn’t make desperate efforts to get it out?’

‘Never underestimate the strength of a sheep’s hoof, Retancourt. It will have been shattered.’

‘I’ve taken the cat’s phone. You know, the one that sits on the photocopier next to the cat. It doesn’t work properly though, I think the cat must have pissed on it. All my phones must have some excremental destiny. I don’t know how to take that.’

‘The cat hasn’t done anything to the phone,’ Retancourt objected, defending the cat (Snowball) which was the apple of her eye. ‘But it’s true that when you’re texting, that one does “r” for “c” and “p” for “n’’.’

‘Right. So if you get a message saying “Bark soon,” you’ll know it’s from me.’

‘They sent you their fond regards. Believe it or not, Rögnvar has carved your portrait on to the blade of an oar.’

Adamsberg was happy to be back in the company of Retancourt, although he hadn’t been able to express this to her, except by a few gestures. This polyvalent goddess as he called her, standing 1m 85, weighing 110 kilos and endowed with the strength of ten men, impressed him enough to make him lose his usual sangfroid. She had unrivalled physical capacity and imperturbable mental equilibrium. To Adamsberg, Retancourt seemed like some tree in a folk tale, on whose branches the entire squad, if lost at night in a dense and storm-tossed forest, would find complete safety. A Druidic oak. Naturally, with all her unusual attributes, the lieutenant did not pretend to have feminine graces, as Noël sometimes vulgarly reminded her. Although, in fact, Retancourt had delicate features in a face which was, it is true, almost square in shape. 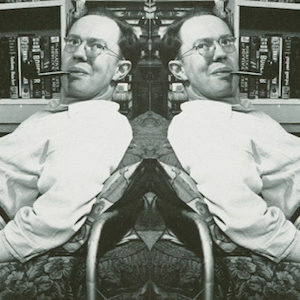 CrimeReads Brief: Week of August 24th "I brood like a dog." James Ellroy talks grief, obsession, love, and interior design with David Marchese. | The New York...
© LitHub
Back to top