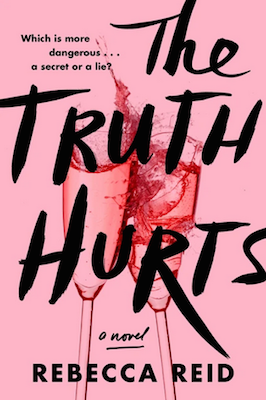 The following is an exclusive excerpt from The Truth Hurts, by Rebecca Reid. When Poppy falls in love with Drew in Ibiza, she doesn't think twice before marrying him and moving into his English estate. Her new life seems perfect, except for one thing: Drew insists that the two of them will never discuss the past. But what could have happened in his life that could warrant such a serious rule?

No, she thought. Not ready at all.

“Yes. Go ahead.” She wanted the crowd assembled behind them to hear her.

It was a noise like nothing she had ever heard. A bang would be the easiest way to describe it, but it was more than that. Shattering. Cracking. Hundreds of years of history and memories collapsing as the wrecking ball swung into the house.

She watched the honey-colored walls fold in on themselves, watched as the ball smashed through room after room. The crowd gasped with each swing.

It really looked like a doll’s house now. You could see right in, the rooms rudely naked without the front of the house. It was almost comical, the huge porcelain bath of the blue bathroom exposed to the elements. And then, with another swing of the ball, that was gone too. Poppy tried not to wince; she tried to look as though this was what she wanted. She had to put on a show for the people who had come to watch.

This was entertainment for them.

She’d dressed carefully that morning, choosing the beautifully cut trench coat and heeled boots as protection against them just as much as the cold winter air.

I want this, Poppy told herself. This is how I win.

Clouds of beige dust filled the air, her home reduced to nothing.

Odd to think that once upon a time she had worried about stains on the sofa or marks on the carpet.

“Are you all right?” asked the man with the clipboard. She must be pale underneath all of the makeup. She nod-

“Most people don’t like to watch demolitions,” he said. His suit was cheap. Shiny. The kind of thing Drew would have despised.

Poppy pulled her coat around her. He had no idea. “It’s the right thing to do.”

Those were the official words. The words she had said to the local council, to people in the village who asked about it. To the local paper when they rang to discuss her generosity. It was a gift to the community, she claimed. A lovely grassy park full of climbing frames and swings, somewhere

for local children to play together.

It was a way of changing a tragic place into a place of enjoyment. Of hope. And no one seemed to question it. After all, how could Poppy really be expected to go on living there, after what had happened?

“Right, they’re now officially six hours late,” Poppy said into the phone. “I am the only person in Ibiza who’s desperate to go to bed.” She pulled her legs up underneath her, her bare feet a little cold.

“Have you called them?” Gina’s voice, though hundreds of miles away, was comfortingly familiar. Poppy could see her, phone to her ear, tangled up in her duvet, curls tied up on the top of her head. For the hundredth time that week she wished that Gina was here.

“No, I hadn’t thought of that, I’ve just been trying to reach them with my mind,” she sniped.

“It’s the third time this week.”

“You need to say something to her when they get back.”

Poppy raised her eyebrows at the phone. Maybe Gina’s boss, who adored her, might take kindly to being told off by the nanny, but Mrs. Henderson made Cruella de Vil look like Maria von Trapp.

“Have you started playing that game where you work out how much they’re actually paying you per hour?” asked Gina. “That’s when you know it’s bad.”

“We’re down to £3.70,” Poppy said. Eighteen hours a day, six days a week, for four hundred quid. She’d done the calculation on her phone after the kids had gone to bed.

Gina hissed through her teeth. “That’s bad. My worst was the Paris trip with the Gardiners. Seven kids, fifty quid for fourteen hours a day. And they made me keep the receipts so they could check I wasn’t buying my lunch or museum tickets with theirs. I might have actually lost money that week.”

Poppy used her finger to hook a piece of ice from her glass of water. It slipped, falling back in. She tried again, craving the splintering of the ice on her back molars. It slipped again. “Why are rich people so stingy?” she asked.

“No-o,” Poppy whined. “I’ve cleaned the kitchen twice. I’ve laid the table for breakfast. I need you to entertain me . . .”

Gina was right, of course. The youngest Henderson, little Lola, would be awake in four hours, and if Poppy didn’t snatch some sleep before then she’d find herself snappy and short-tempered all day. “I’m not supposed to.”

“Call me tomorrow. Tell me all about how you calmly explained to them that you need notice if you’re going to be babysitting late nights.”

Gina made a loud kissing noise and then the line went dead.

Poppy could go to bed. Of course she could. But if Mrs. Henderson came back sober enough to realize that Poppy had slept on the job, she’d lose her temper. Her husband might earn a million quid a year in the City, but she wasn’t above docking Poppy’s pay over crimes like needing sleep. Poppy tipped her head back, looking up at the sky. The stars were incredible here. It was hard to believe that it was the same orange sky she looked out over every night from her tiny room in the Hendersons’ London house.

She had hoped that the cool air out here by the pool would wake her up. It wasn’t working. She could feel her eyelids pulling downward. She picked up her glass and walked barefoot back into the house, sliding the huge glass doors closed and locking them behind her. She padded up- stairs, putting her head around Rafe’s bedroom door first. He slept, just as he always did, perfectly still and clutching a plastic gun, his round face and rosebud lips betraying none of the aggression that would fill the house once he woke up tomorrow morning.

Damson next, Poppy’s favorite. She had decided years ago that parents weren’t allowed to have favorites, but nannies definitely were. Damson slept like her brother, perfectly still. Her iPad was in the bed next to her, still playing an audiobook of The Secret Garden. Poppy leaned over to turn it off and gently stroked the little girl’s cheek. Damson hadn’t been allowed a single ice cream all holiday because her parents had decided that those cheeks were too round.

Damson hadn’t questioned it, or made a fuss, but watching her stoic little face while her siblings wolfed down ice cream hurt Poppy’s heart.

Last, Lola, curled into a little ball in her huge white bedroom. Poppy had spent every day of the holiday so far worrying that Lola would touch something white with chocolatey hands. Childproof didn’t seem to have been high on the agenda when they had booked this place.

The blankey that Mrs. Henderson insisted Lola adored was a puddle on the floor. Just yesterday, Mrs. Henderson had posted on Instagram about how little Lola had told the first-class air hostess that she could have a cuddle with blankey during turbulence. The story, like everything else that woman posted, was pure fiction. As Poppy bent down to retrieve an old cup from the bedside table, a beam of white light pressed through the pale curtains of Lola’s bedroom. So, they had finally come home. She glanced at the watch on her left wrist. Twenty past two. They’d said they would be home at eight.

“Oh, Poppy,” husked Mrs. Henderson, looking up as Poppy came into the kitchen. “Could you undo this?” She held her wrist out. On it was a delicate, sparkling bracelet with a fiddly clasp. Poppy looked behind her, scanning the stark white living space for Mr. Henderson, wondering why he hadn’t been asked to help. Mrs. Henderson seemed to see where she was looking.

“Mr. Henderson decided to stay on at the party. But I couldn’t bear to wake up away from the children, so I came home.” She gave Poppy a wide smile. Six years work- ing for the Hendersons had taught Poppy to read between the lines. This was a warning shot. Mrs. Henderson knew that she was late, she just didn’t expect long-suffering Poppy to challenge her on it.

But, sleep-deprived and defensive of the children, Poppy had finally run out of patience.

True Crime Has Been Having a Moment for Three Centuries. But the New Era Is Different. 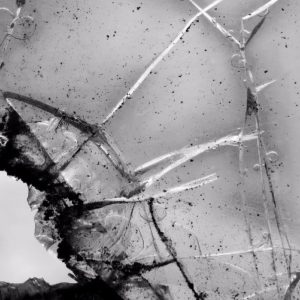