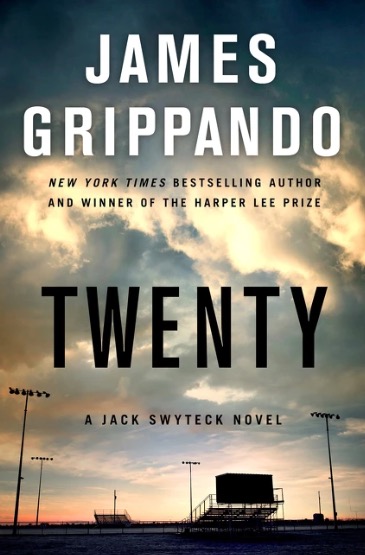 The following is an exclusive excerpt from Twenty, by James Grippando. Jack Swyteck and his family wind up in a terrifying situation when a shooter enters a Florida school and claims twenty young lives.

At nine p.m. the criminal courthouse was dark, but the lights were burning across the street—Lucky Thirteenth Street, as it was known—at the pretrial detention center. The multistory facility housed roughly 170 inmates awaiting trial on charges that ran the legal gamut, from traffic offenses to capital murder. Among them, in Protective Custody Level One, was Xavier Khoury.

Jack parked in the jury lot, which was empty for the night.

With him was Theo Knight.

“Ah, memories,” said Theo. He may have been the only in- nocent man Jack had ever defended on death row, but Theo had grown up no choir boy. He wasn’t kidding about his “memories” of the stockade.

They went in through the visitors’ entrance on the ground floor. Normal visitation hours had ended, but visits by attorneys—who were apparently something other than “normal”—were allowed anytime. Jack gave his name and his Florida Bar card to the corrections officer seated behind the glass window at registration.

The corrections officer answered from inside the booth, speaking into a gooseneck microphone. “You his attorney?”

Technically, not yet. The Public Defender’s Office had filed the motion to substitute counsel recommending Jack. But Jack had not accepted, and Xavier had yet to say anything to anyone since his arrest, let alone designate replacement counsel.

The officer shook his head. “I’ll let you go, Mr. Swyteck. But until you’re officially retained as counsel, no nonlawyers can go with you.”

It was a rule that he seemed to be making up on the spot.  Jack wanted Theo with him because, in Jack’s experience with past clients facing the possibility of the death penalty, there was no better icebreaker than a former death row inmate who swore that he owed his life to Jack Swyteck. But this corrections officer from his throne inside the glass booth had the power to keep Jack waiting for hours, if he chose, so Jack didn’t fight the no-Theo edict, however arbitrary. He and Theo took a seat in the waiting room. After about fifteen minutes, a guard escorted Jack to the attorney-client conference room, where Xavier was waiting for him. Jack entered. The guard closed the door and locked it from the outside, leaving Jack alone with someone who didn’t look at all like a mass murderer.

Jack introduced himself and offered a handshake. Xavier didn’t move or speak. They were surrounded by windowless walls of glossy white-painted cinder block, bathed in the bluish-white hue of LED bulbs that lent the room all the warmth of a work- shop. Jack sat opposite him at the table.

Xavier looked nothing like his little sister. Never in her life would Talitha and her golden locks have a problem with airport security. Xavier was the guy who came to mind during media reports of dark-skinned young men who claimed they were being profiled by the TSA. As the father of an only child, Jack was forever amazed how children from the same womb could be so different.

“How are you holding up, Xavier?”

No reply. It was a fundamental problem—the client who would talk to no one, not even his lawyer—but Jack had encountered it before. The only way to handle it was to let the monologue begin. “You’re in deep shit,” said Jack. “You need a lawyer. The public defender is withdrawing. I may be willing to step in. But that’s

hard for me to do if you won’t talk to me.” Xavier remained mute.

“The first thing I’d like to do, if I were your attorney, is to have a criminal psychiatrist evaluate you for a possible plea of not guilty by reason of insanity.”

“It’s nothing to get your hopes up about. It’s a very low-percentage strategy. Nationwide, about one out of every one-point-two mil- lion felony cases that go to trial end with the defendant not guilty by reason of insanity. Florida’s legal test for insanity is stricter than most states, so the odds are even worse here. Last time I even attempted an insanity defense was for a client whom the cops dubbed the Fiddler on the Roof. You ever heard of that case, Xavier?”

Xavier still refused to speak, but Jack had actually drawn a re- action from him. The Fiddler on the Roof was eighteen-year-old boy humor, an icebreaker.

“I’m not going to lie to you, Xavier. Evidence of guilt is strong here. Maybe overwhelming. Other than a long-shot insanity defense, my brain isn’t bursting with ideas of how to convince a jury that you’re not guilty. But if I become your lawyer, it’s also my job to keep you alive. Now, you might be sitting there thinking ‘Screw you, Jack, I don’t want to live.’ I’ve had clients like that before. But guess what?”

Jack leaned closer, trying to get Xavier to look at him more directly. “When they finally get shipped up to Florida State Prison, and they get assigned to a solitary cell on death row, and they start moving down the line one cell at a time, until there’s no more cells between them and the gurney and a needle in their arm . . . that’s when a lot of them change their mind.”

Jack poured himself a glass of water from the pitcher. He poured one for Xavier, too. Jack drank. Xavier didn’t.

“Good. Here we go,” said Jack. “Do you understand that the state attorney is seeking the death penalty in this case?”

“Are the Marlins going to win the World Series this year?”

Even de minimis baseball knowledge was enough to recognize that as a joke. It drew a hint of a smile from Xavier, like Fiddler on the Roof. Jack seized on it.

“Your mother doesn’t want you to die. Does that matter to you?” All traces of a smile faded.

Jack pushed a little harder. “Xavier, I’m asking: Does that matter to you?”

Xavier sat quietly for almost a full minute. Jack waited. Finally, his client shrugged. Jack smiled on the inside.

It was a start.

The Many and Sometimes Sinister Retellings of Jane Eyre 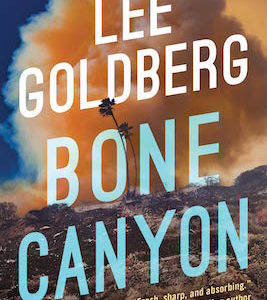 Bone Canyon The dead were rising in the fire-blackened Santa Monica Mountains and Eve Ronin, the youngest homicide detective in the history...
© LitHub
Back to top