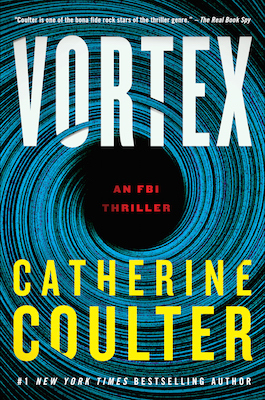 We're thrilled to reveal the cover of Vortex, the gripping, upcoming thriller by Catherine Coulter. Read our exclusive excerpt here.

A full moon cast pale shadows over the two men digging and flinging dirt out of a hole, their movements rhythmic. The moonlight was bright enough they could see the small pebbles in each clump of dirt, see each other’s sweaty dirt-streaked faces.

Snake stopped digging, swiped the back of his hand over his eyes. “I’m tired. Can we give it a rest a minute?” He eyed his best friend, let the words pour out. “It shouldn’t have happened, man. She was a gamer, like us, and when I told her my handle was Snake and yours is Dante, she laughed, told me she loved World of Warcraft. Her online handle was CoolGirl34, she told me, and then she leaned up and whispered to me she liked to call herself Aolith the dreamer because the name was so magical. I never even found out her real name. She was fun, Dante, she even joked she hoped she wouldn’t fail organic chemistry because she couldn’t put down her PS4. She wanted more super hero women who don’t look like porn stars. She was alive, laughing, just a while ago –”

Dante kept his voice earnest. “Snake, you need to stop the recriminations and calm yourself, look forward. What’s done is done, and yes, I’m as sorry as you are this accident happened, and that’s what it was, an accident. Don’t forget that. Whatever this girl was or wasn’t, whoever she was, it doesn’t matter now, we can’t let it matter now. Like I said, we have to look forward, get this task gone and get on with our lives.”

“You think it’s a task? We’re burying her, Dante. And it wasn’t a bloody accident!”

So much for trying to comfort the idiot. Dante said, voice hard now, “Aolith wasn’t your soul-mate. She was only a girl you just met whose time had come.”

“Yeah, sure, like we should blame her karma. We made her time come. She might have been my soul mate, who knows? All right, so she told me she had a boyfriend, but he wasn’t with her tonight, so maybe it wouldn’t have lasted. She is –- she was –- what, twenty? What kind of relationship lasts when you’re twenty?”

Dante punched his arm. “Get hold of yourself. There’s nothing we can do about it now. She figured out we’d given her my girl-juice, she was about to scream and give us away. Don’t tell me you would have preferred she bring us down? I had to hit her to shut her up. We were lucky to get her out of there without anyone noticing, not that most of those drunk young morons would have paid attention, even if we fired off a shotgun.”

“Your fire in the kitchen was crazy risky, but I’ve got to say, it gave us cover. Still—”

Dante shrugged. “Nothing else to do and it got everybody panicked and running, not paying attention to anything else. So maybe it was overkill, but who cares? We’re here and we’re safe.”

Snake shook his head. “I still can’t believe she just died, right there in the car.”

“So now we have to make her disappear, forever. They’ll start looking for her soon enough, but they won’t have a clue. We can’t be here all night though, so keep shoveling. It’s time you thought about yourself, Snake.”

But Snake looked down at his blistering hands, his gloves forgotten back at the frat house. “This shovel we stole is crap, it’s got no heft, even for cutting into this soft earth.”

“Look, we lucked out even to find shovels and a tarp in that barn, without any lights coming on in the house. If you break that crap shovel, Snake, you’ll have to use your hands. I’m not doing this all by myself. We’re in this together. Don’t you ever forget that.”

They dug in silence again, shoveling up dirt, throwing it over the side of the grave. Snake stopped. “I think after she’d given us all the sex we wanted and we cut her loose, I would have called her later, gotten together with her, maybe, gamed with her. Who knows? Fact is, you screwed up, let her see you putting something in her drink and you had to kill her.”

So Snake wouldn’t let it go. Of course Snake blamed him, it was par for the course. Blame on top of his non-stop whining.  Dante wanted to hit him so hard his own crap shovel broke, and bury the two of them together. He forced himself to patience, said matter-of-factly, “I gave her the same amount I always use. Who knew she’d figure it out? Don’t you blame me, not my fault.” He paused a moment, studied his friend’s face. Time for mending fences, a touch of sympathy. “I’m sorry, Snake, you liked her. Sure, you wanted to spread her out and have at it, but what happened wasn’t anybody’s fault.” He bumped his fist against Snake’s shoulder. “Hey, I guess we can only give this one a projected score, right? On spec? Hey, what’s this?” Dante leaned down, picked up a shiny piece of metal, raised it. “It looks like a really old belt buckle.” 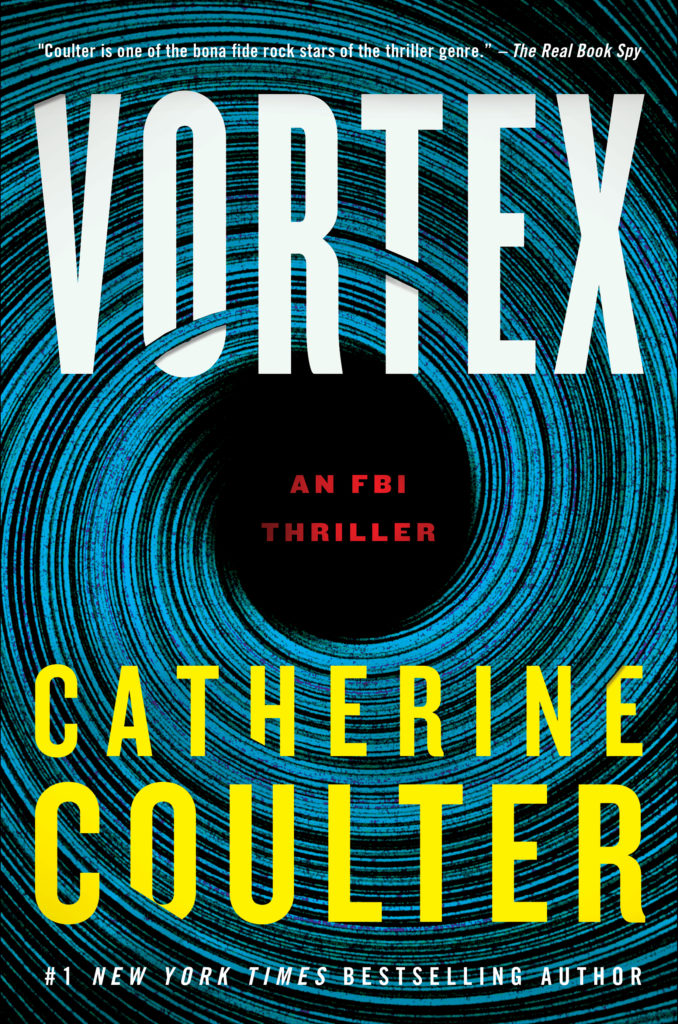 Snake, distracted, studied the buckle. “I’ll bet it goes way back, maybe one of the revolutionary soldier’s belts from the camp at Valley Forge. There’s writing, maybe a name on the back of the buckle.I can’t see well enough to make it out.”

“Look, here are some buttons, too.” He shrugged, slipped the buckle and the two buttons into his jeans pocket.

Snake froze. “Did you hear that? Someone’s out there, maybe a hunter, or a couple of kids making out? They’ll see us, call the cops.”

Dante didn’t spare him a look, just kept digging, heaving shovelfuls over the side. He swiped sweat out of his eyes. “Sure — a hunter in a park at midnight. If it’s kids making out, believe me, they’re not going to be paying any attention to us.  Come on, Snake, I know you have bat ears, but there’s nothing out there to worry about. We were really careful when we carried her in. There’s no one around. But we don’t want to be here this close to Godwyn or that freaking fraternity house any longer than we have to be. Another foot should do it. We’ve got about four feet, yes, another foot should keep the animals from smelling her, digging her up.”

Smelling her? Animals digging her up? Snake looked over at Aolith’s tarp-covered body, felt bile rise in his throat. She’d been so beautiful, so alive. “Really, I know she’d have gone for me if I’d asked. I don’t want to do this anymore, I don’t want to troll with you anymore.”

Patience, patience. Dante said, “She was pretty drunk so she might have agreed to sex, but she wouldn’t have gone for both of us at the same time, not without some help from my girl-juice. Yes, I agree with you, I hate it as much as you do.” He shrugged. “It’s a real pity, but what’s done is done.” Like Snake, he looked over at her body. The pity was she hadn’t waited to die until he’d enjoyed her. “Anyway, we don’t have to think about anything now except finishing this up. After you’ve thought it over, accept it was a tragic accident, I think you’ll change your mind about going trolling again. You have too much fun with the girls.”

Dante stopped digging a few minutes later. “Deep enough. No reason to get any dirtier.” He threw his shovel out of the hole and Snake followed suit. He cupped his hands under Snake’s foot, took his weight and heaved him out of the grave. Snake looked down at his friend, always in charge since they were boys, always deciding what they were going to do and how they were going to do it. Until tonight his girl-juice had worked like magic. They’d always used condoms, cleaned the girl up and gotten her clothes back on before they left her in her car or her apartment. Did any of the girls they’d had ever even suspect what had happened to them? Who knew? There’d never been any blowback. Snake remembered one of Dante’s girlfriends in Boston. They’d shared her over and over that night, and what a rush it had been. What was her name? Biffy, Button, something like that. She’d broken up with Dante not long after that magic night. Had she remembered anything? No one could ask her now. She’d died in a car crash only months after they’d shared her.

Since Dante was bigger, heavier, Snake had to brace himself to pull him out of the grave.

They stood a moment, looking down into the black hole. Dante nodded toward the body. “Let’s get her in and covered up. I’ll call Alan, tell him we’re on our way. We can shower, spend tonight at his pad. Shouldn’t take more than a half hour to Philadelphia this time of night.”

Snake said, “We’re filthy. What do we tell Alan?”

Dante shrugged, gave a laugh. “Not the truth, that’s for sure. We’ll tell him we had a wild party in the woods and he should see the girls. Something like that. Don’t worry, I’ll come up with something perverted enough even for Alan’s jaded palette. Can you see him as a U.S. Congressman like his dad one of these years? Boggles the mind.”

“Well, what about you? That’s what your family wants for you too.”

“I haven’t made up my mind yet. Not important now, Snake. Let’s focus on what we’re doing.”

Snake looked down at the Aolith’s body, felt cold grip his guts, and the rising bile again. He whispered, “I wish you hadn’t died, Aolith.”

Dante’s hands fisted, his patience nearly at its end. “Well, she did. She was asking for it, Snake, she came on to you with all the gaming lingo. She did that, not you. Think of it this way: at least she went out happy. She’ll be young forever.”

Snake stared at his friend, wondering if Dante was dissing Aolith on purpose because he knew Snake liked her? He realized he couldn’t talk because he’d start crying.

They lifted the body over the grave and dropped it in. Snake saw a clump of her black hair as he dug his shovel into a mound of dirt, and swallowed convulsively.

When the grave was flat enough, they spread rocks and branches on top. When Dante was confident everything looked natural, they carried the shovels back to Dante’s Jaguar, fit them diagonally in the small trunk, slammed down the lid. Snake watched Dante pull out his cell and call Alan Brandt in Philadelphia, ask him if he’d like to have guests tonight. Snake heard him laugh at something Alan said.

They drove slowly along the narrow dirt road to the Schuylkill River Trail, to turn onto 1-76 E to Philadelphia. They made one stop to throw the shovels away.

The night once again became still and silent. An ancient naked-branch oak tree hovered near the grave. A deer came to sniff at the flattened earth, paused, raised her head, and slowly backed away into the forest.

The earth settled, bluebells grew through the branches they’d left, and blanketed Aolith’s grave in the spring. The oak tree spread its thick green-leafed branches over the grave. Year after year. 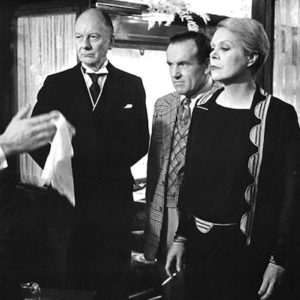 Crime by Committee: 8 Novels Featuring Group Misdeeds As a child, I had carte blanche to read whatever I wanted. My parents couldn’t speak English and were never able to tell...
© LitHub
Back to top