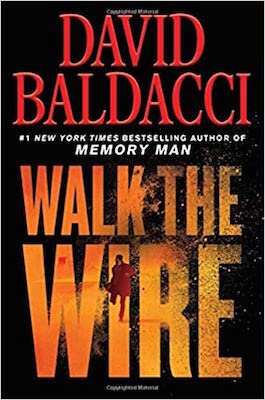 The following is an exclusive excerpt from Walk the Wire, by David Baldacci. When Amos Decker, the FBI agent with the perfect memory, and his colleague Alex Jamison are summoned to a small North Carolina town, they discover that a Gold Rush has turned life upside down. Investigating the murder of a prostitute, they discover that she worked as a teacher for a religious group by day. And then things grow even more unexpected.

What are those?” asked Jamison as they neared their destination.

She indicated fiery gold plumes that winked in the darkness like ghoulish holiday lights as they zipped past.

“Gas flares,” said Decker. “Coming off the oil wells. Natural gas is found with oil. They drill for both up here. But they sometimes vent the gas off and ignite it at the end of the oil wellhead. I guess it costs too much to do anything else with it in certain situations and they don’t necessarily have the infrastructure to pipe it out of here.”

Jamison looked stunned. “Do you know how much gas we’re talking about?”

“One stat I read said each month the gas they burn off could heat four million homes.”

“Four million homes, are you serious?”

“But isn’t that bad for the environment? I mean, they’re burning pure methane, right?”

“I don’t know about that. But it probably is bad.”

“All those flames are eerie. I’m conjuring images of zombies marching with torches.”

“Better get used to them. They’re everywhere, apparently.” And as they drove along, they did indeed appear to be everywhere. The landscape was like an enormous sheet cake with hundreds of candles.

They passed by large neighborhoods of trailer homes, along with paved streets, road signs, and playgrounds. Vehicles, most of them jacked-up, mud-stained pickup trucks or stout SUVs, were parked under metal carports in front of the trailers.

They also drove past large parcels of land on which sat the flame-tipped oil and gas wells along with metal containers and equipment with imposing security fences around them. Hard- hatted men in flame-resistant orange vests drove or rushed around performing myriad tasks. From a distance, they looked like giant ants on a crucial mission.

“This is a fracking town,” said Decker. “Only reason there still is a town. Thousands of workers have migrated to this part of North Dakota to suck up the shale oil and gas found in the area. ‘Bakken’ shale rock, to be more specific. I read there’s about a hundred years’ worth of fossil fuel in the ground here.”

“Okay, but haven’t they heard of climate change?”

“Yeah, a job today, no planet to live on tomorrow.”

“Preaching to the choir. But when you’re trying to put food  on the table today? And people can make six-figure salaries here working the energy fields? They’ve had booms and busts before, but they seem to have things in better shape now.”

He shrugged. “I’m a curious guy. Plus both my brothers-in-law work in the oil and gas fields. I guess I picked some stuff up because of that.”

They passed a fifteen-gas-pump truck stop that had a restaurant attached and also showers, a Laundromat, and a store that multiple signs said sold hot pizzas, propane, diesel exhaust fluid, truck driving logs, fans, and antifreeze, among many other listed items. On one sign were enormous photos of alluring waitresses in short shorts and low-cut tops. Another sign proclaimed the facility had the best adult entertainment DVDs in the entire state of North Dakota. The parking lot was packed with semis of every size, color, and style, with emphasis on chrome fittings, spike wheel caps, and spray-painted murals on the cabs. They ranged from dragons and firearms to American flags and busty, nude women.

“It’s not just up here where that stuff is popular,” replied Decker drily.

They next passed RV parks that were packed and a shopping mall that looked freshly risen from the dirt. The mall had a BBQ restaurant with a sign promising the best southern pulled pork around; then there was a Subway, a China Express, a twenty-four- hour gym, a bar and grill, and even a sushi bar. There was an electronic marquee mounted on one wall that set forth the current prices for oil and natural gas. Next to the mall was a large brick church. On the front of its outdoor sign someone had arranged black letters to read, god created the heavens and the earth and the oil and the gas.  share  the  wealth.  donate  to  god. we do venmo. bible study class every night at 7.

Jamison glanced in the rearview mirror. “There’s a column of semis and dump trucks right on my butt, and they have been for the last half hour.” She glanced at the oncoming traffic. “And an army of them heading the other way. And the whole place smells of diesel fuel.”

“They’re bringing in equipment and supplies, including the chemicals they inject into the ground. Apparently it goes on 24/7.”

“And the trucks heading the other way?”

“Taking the oil and gas out, I guess.” He pointed ahead. “We have to get off this road soon. They built a loop around the town so the trucks wouldn’t have to drive through downtown with their loads.”

Jamison took the next exit, and they shortly saw a cluster of lights in the distance. “I take it that’s the town we’re headed to.”

“I wonder how it got that name,” said Jamison.

“Maybe some guy from England came here and planted a flag. Right in the middle of a sea of oil and gas. Population’s around fifteen thousand, and over half of them work in the oil fields and the other half service them. And that’s about triple what it was just three years ago. And it’ll triple again in half that time if things keep going as they are.”

“Boy, you really did read up on this,” commented Jamison.

She looked at him curiously. “And what do you think that is, apart from a murder investigation?”

“This is the Wild West, Alex. It’s like the California Gold Rush of 1849, only on steroids.”

“So what exactly are you saying?”

“That the ordinary rules of civilization don’t necessarily apply up here.”

They drove down the main street that was bustling with people despite the coming storm, and reached a dead end when the first drops of chilly rain began to fall.

They pulled to a stop in front of what turned out to be a funeral home.

“Is he at least trained in forensics?”

Jamison shrugged. “We can only hope.”

They barely beat the sheets of driving rain as they sprinted for the front door to see a dead person.

Excerpted from the book WALK THE WIRE  by David Baldacci. Copyright © 2020 by Columbus Rose, Ltd. Reprinted with permission of Grand Central Publishing. All rights reserved. 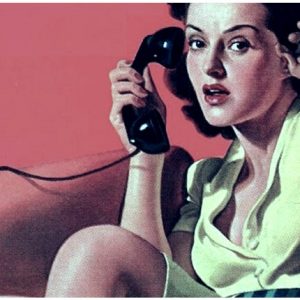 The State of Crime Writing in 2020: Part 2 Each year, authors, editors, and members of the mystery community gather together in New York City to award the nation's...
© LitHub
Back to top