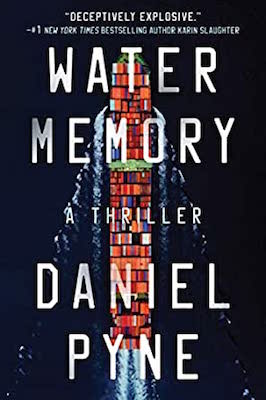 The following is an exclusive excerpt from Water Memory, by Daniel Pyne. Black ops special agent Aubrey Sentro is grabbing a ride on a cargo ship when it's overtaken by pirates. Struggling with blackouts and memory trouble, she has experienced too much head trauma already to make it out of this conflict unscathed, but she knows she must risk everything to try to save the ship.

The fifth-floor hallway was darker than reported, and there was an awkward dogleg near the stairwell that their local recon hadn’t bothered to map; it smelled of garlic, mold, and dry rot even though the hotel was billed as a Byzantine five-star. A milky Mediterranean twilight bled faint from hidden recesses along the ceiling, enough to cast a glow but not overly expose the shadow gliding through the shadows toward its target.

A woman, unremarkable, if a little boxy, hip to shoulder. Here on business, you might think, not worth a second look. Black slacks, T-shirt and unstructured blazer, wireless earpiece, and Zero Halliburton briefcase.

She approached a doorway with a curious surfeit of caution, stepping to one side of it while preparing to knock. But then she hesitated, stared uncertainly at the brass digits fixed to the door— six two seven—and was momentarily unable to make sense of them. A voice in her earpiece hissed, “What’s wrong?”

She shook her head, forgetting that the voice couldn’t see her; she glanced across the hallway at the next doorway, momentarily paralyzed with doubt.

“Suite number,” she murmured, with a calm she didn’t feel. “Double-check for me?” “Seriously?” In her earpiece, an annoyed whisper: “Shit, man, did you fucking forget it?” She didn’t answer him but felt her cheeks flush hot because yeah, she had.

She waited as papers rustled on the other end of her comm, a clock in her head ticking away precious seconds that she knew, from long experience, she’d regret losing however this went down, at which point a door across the hall but just behind her—six two six—opened to reveal the naked, pale, middle-aged Chinese American asset she’d been sent to retrieve, a towel wrapped around his waist and a frown on his face. Their eyes locked.

There’s the plan that you make going in, and then there’s what really happens—the shit storm.

Rarely do they align. “Can I help you?”

No. It was supposed to be the other way around. But on the love-tossed bed in the room behind the towel man, a pretty, naked woman was reaching to a side table and a big black Glock that surely had been stowed in its drawer for a contingency just like this one.

The woman in the hallway felt the familiar slowing of time she often experienced at the initiation of conflict. The clarity, the narrowing of focus, her pulse in her neck, a slight dissociation, as if she were watching what was unfolding rather than actively participating in it.

She was across the corridor and falling to the side and away from the six-two-six doorway, her arm wrapped around and pulling the towel man down with her as bullets from the naked woman’s gun splintered the jamb, slipped hot past their faces, and blistered plaster off the wall opposite. She felt them tear into the tactical vest under her T-shirt and bang off the metal briefcase she had raised as a shield. The narrow corridor came alive: voices, Turkish, other doors flung wide, a volley of panicked gunfire as red tracer dots from short-stock automatics searched the gloaming for her. The towel man was shrieking. She felt the warm wetness where a bullet had grazed her neck,

just below her ear.

Stress, but no panic. She whispered evenly, “Stay with me, Scott, okay?” Their Halliburton shield burst open, she lost her grip on it, and bullets tore the cash bundles inside into a flurry of pale confetti that smelled like burned rice.

She hit the floor hard. The stun grenade that exploded next was too close to her, with a roar of blinding light she’d been unprepared for.

The three-op backup who had rolled into position beyond her waited for sight lines to clear so they could cut the Turks down with little fanfare.

Close your eyes. Cover your ears. With the asset in her arms, she had been unable to follow any operational protocol. A searing scree deafened her. Curled around her man, protective, blood leaking from her neck wound, she felt dizzy, head filled with glue, and sensed a lateral movement.

The naked woman. Glock in her outstretched hand aimed point-blank down at the asset.

His dad body wasn’t as heavy as she expected. Or maybe it was simply the adrenaline of fear. She levered him safely to one side, rotated while pulling the sidearm from her hip—took a breath— and aimed center mass before tapping the trigger twice.

The naked woman dropped like a puppet whose strings had been cut.

Shredded bills and bits from the broken briefcase were still wafting down on them. No more than eleven seconds had passed. It had happened so fast that the spray of the overhead sprinklers triggered by the stun grenade only now began to rain.

Her thinking was splintered and unreliable; her eyes felt fried, the hallway even thicker with the smoke and the mist. She struggled to sit up. The naked woman lay dewy and unmoving on the threadbare carpet, ivory skin between augmented breasts ruined by the two puckered puncture wounds where the bullets had made entry.

There was movement around her. She heard but couldn’t understand the voices, as if she were underwater, but when her hand found his shoulder, she felt the pounding of the sobbing towel man’s heart.

“Let’s get you home,” she heard herself murmur.

There were hands under her arms then, and she stood, finding her balance; the rank lukewarm water that ran down her upturned face felt heaven sent. The backup team got their trembling towel- clad asset to his feet and trundled both of them to the emergency stairwell and away.

Her own pulse was steady, stubborn; she’d survived.

A Thriller Author Asks: Why Are My Neighbors Scared of Me? 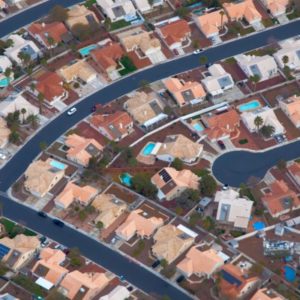 A Thriller Author Asks: Why Are My Neighbors Scared of Me? One morning, not long after my first novel, Finding Jake, was published, I walked my kids to the bus stop. As I stood just...
© LitHub
Back to top