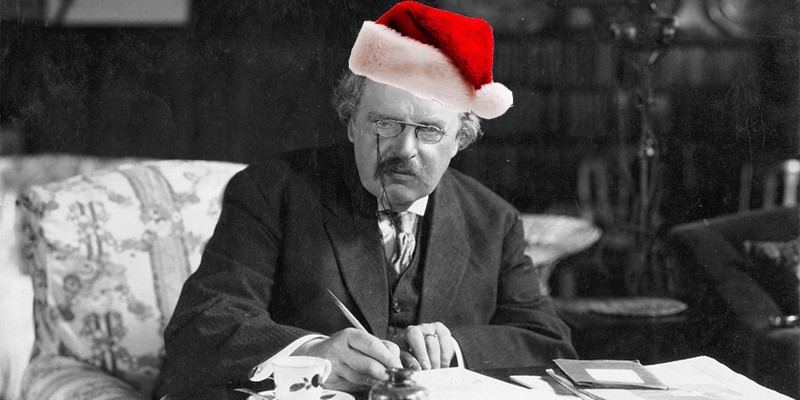 And he hoped children would genuinely believe in him, too.

On December 20th, 1935, the sixty-one-year old novelist and big-time Catholic G.K. Chesterton published an open letter in The Commonweal, an English liberal Catholic magazine. His article, which ran for just two columns, was entitled “Santa Claus and Science.” It begins with a lament, a ruing that many young children fall into disillusionment following the discovery of the non-existence of Santa Claus, and it works its way to a surprising thesis statement, that Chesterton himself did veritably believe in Santa Claus.

Chesterton was, by this time, most famous for having written fifty short stories featuring his beloved sleuth, the snoopy Catholic priest Father Brown, stories which were published in popular magazines like The Saturday Evening Post, Ladies Home Journal, and The Strand. But Chesterton, a devout Christian who converted to Catholicism in 1922 after a long, slow forbearance, had also spent most of his life publishing works on theology and philosophy working in a discourse referred to as “apologetics,” which is the defense of Christian teachings using logic and formal argumentation.

Chesterton’s applied his penchant for logic in this article on “Santa Claus.” Along with providing a short history of the figure of Santa Claus in popular culture (particularly his origins, as the gift-wielding St. Nicholas of Bari in Medieval iconography), Chesterton offered a simple proposition: that a child’s ultimately ceasing to believe in Santa Claus, justified by the fact that Santa Claus is not real, is a precursor to that child’s ceasing to believe in God. And this, Chesterton explained, was a terrible phenomenon.

And then he admitted a surprising detail: “I startled some honest Protestants lately by telling them that, though I am (unfortunately) no longer a child, I do most definitely believe in Santa Claus.”

Elaborating on this decidedly ‘hot take,’ Chesterton stressed that he felt it was critical for children to believe in Santa Claus even after Santa Claus has been debunked as a real, flesh-and-blood man, because the Santa Claus that children know is ultimately a caricature of an actual saint; just because, Chesterton argued, he is not real to their eyes does not mean that he is not a genuine, spiritual entity. He continued,

“I believe that Saint Nicholas is in heaven, accessible to our prayers for anybody; if he was sup- posed to be specially accessible to prayers of children, as being their patron, I see no reason why he should not be concerned with human gifts to children. I do not suppose that he comes down the chimney; but I suppose he could if he liked. The point is that, for me, there is not that complete chasm or cutting oof [sic] all relations with the religion of childhood, which is now common in those who began by starting a new religion and have ended by having no religion.”

The natural belief that children readily possess should not be snuffed out, he posits, but encouraged and developed. He concluded his essay with the following demand: “Cannot the child pass from a child’s natural fancy to a man’s normal faith in Holy Nicholas of the Children, without enduring that bitter break and abrupt disappointment which no wmarks [sic] the passage of a child from a land of make-believe to a world of no belief?”

You can read the full essay here. 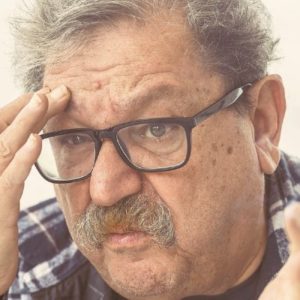