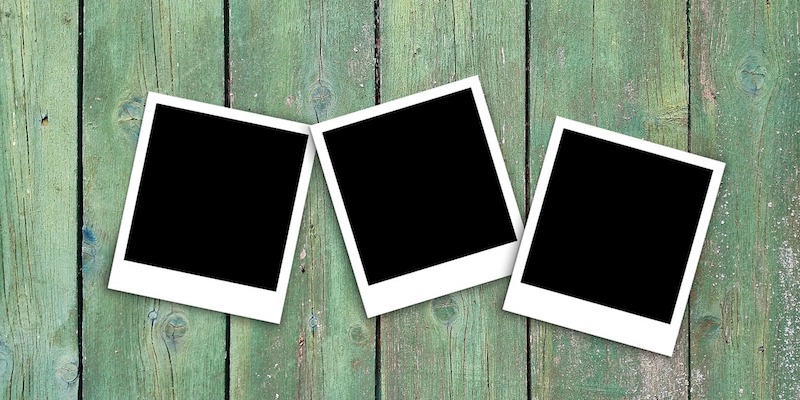 Fatal Vision, The Adversary, and the most heinous crime of all

The images are indelible, impossible to forget:

On a rainy February night on a North Carolina army base, blood soaks three bedrooms in an officer’s house. A man lies with his arms wrapped around his brutally battered wife. The lifeless bodies of their young daughters have been placed in their own beds—one tucked in tightly, the other with her limp arm outstretched toward a nearly empty baby bottle.

On a winter morning in a French suburb of Geneva, two small children eat Cocoa Puffs and watch cartoons with their father; he has just killed their mother (she is lying in their bed, hidden under the comforter) and soon he will take the children upstairs to their room and go get his rifle.

The voices of the men involved—these husbands and fathers—still linger in my mind as well. I can’t forget them.

“It was nice, sort of, to be her—her boyfriend and her protector.”

“I told myself I was doing something else, that it was for a different reason, and at the same time…I was buying the bullets that would pierce my children’s hearts.”

A few years ago I became obsessed with family annihilators—people who murder their entire families. I had become fixated on the idea of writing a novel told from the point of one such annihilator; as part of my research, I scoured the internet for stories about men who had committed the most shocking acts against their loved ones.

I returned to two books again and again: Joe McGinniss’s controversial true crime saga Fatal Vision, an exhaustive account of the trials of Jeffrey MacDonald, an army physician found guilty of slaughtering his pregnant wife and two young daughters in 1970 (an attack he blamed on a Manson Family-esque hippie acid cult), and Emmanuel Carrére’s “true story of monstrous deception” The Adversary, a strikingly personal and unflinching exploration of the case of Jean-Claude Romand, a man who for nearly two decades pretended to be a respected doctor before his lies came to light, leading him to murder his wife, children, and parents in 1993. These stories became my lodestars as I wrote my own novel, A Good Man, and as I attempted to understand and embody the voice of a man who had committed such intimate, unthinkable violence.

Both books provoke powerful feelings of horror and dread—not just because of their gruesome subject matter, but because of the power of the storytelling.

At nearly 1,000 pages, Fatal Vision is an absolute brick of a book, even in paperback. Though I initially believed I could  skim the work for useful tidbits, I found instead that I couldn’t stop reading. Jeffrey MacDonald’s own words as recorded by McGinniss remain the most resonant and enduring; these transcripts are interspersed between an exhaustive recounting of the crime and trials. The Adversary, a much slimmer yet just as impactful volume, was recommended to me by a friend when I described the premise of the novel I was thinking about writing. Carrére’s book begins with a plain yet striking statement of facts that inextricably links himself (and by extension the reader) with his subject: “On the Saturday morning of January 9, 1993, while Jean-Claude Romand was killing his wife and children, I was with mine in a parent-teacher meeting at the school attended by Gabriel, our eldest son…Then we went to have lunch with my parents, as Jean-Claude Romand did with his, whom he killed after their meal.”

Both books provoke powerful feelings of horror and dread—not just because of their gruesome subject matter, but because of the power of the storytelling. There is particular terror in the mundane: Jean-Claude Romand watching the family’s laundry spin in the machine while contemplating the rot of his lies, Jeffrey MacDonald washing the dinner dishes with the rubber surgical gloves that detectives would later surmise had been used to write PIG in blood on the headboard of the marital bed. The lives of these families are marked by the squabbles, disappointments, claustrophobia, and strained silences familiar to many long term relationships taxed by the demands of raising young children. But how do these things add up to murder?

In order to begin to even contemplate these stories, one must consider the men involved, and the ways in which they staked their identities on being a certain kind of man: the provider and protector. MacDonald was actually a doctor; Romand pretended to be one. MacDonald considered himself the heroic head of the household; Romand sought to protect his family from his own lies.

Fatal Vision offers up a veritable chorus of voices promoting myths about masculinity. The next door neighbor is quoted calling MacDonald “the boss” and “the king of the castle” who ruled over an obedient wife. A reporter describes him as “handsome, and all-American, and a doctor, and a Green Beret” and concludes that because of these traits “the whole thing was just unbelievable.” Two different psychiatrists ascribe MacDonald’s downfall to his inability to live up to the image he had of himself as a super-masculine hero with an ideal professional and family life. Even the writing of the book itself was predicated on an arena that perpetuates normative ideas about what it means to be a man; at MacDonald’s request, McGinniss lived with him and the defense team in a fraternity house on the North Carolina State University campus.

Romand was likewise destroyed by his desire to be a man worthy of respect, deriving his reputation, his family life, and ultimately all meaning from a completely fictitious professional existence. Though he never completed medical school and in fact supported his wife and children in an upper middle class lifestyle by embezzling his parents’ and in-laws’ money, he was seen as “a pillar of strength” and “the head of the family.” Perhaps because he had fabricated everything else about his life, he saw his wife and children as merely extensions of himself; he could not “distinguish very well between himself and his love objects: he was part of them and they of him in a cosmogonic system that was all-embracing, undifferentiated, and closed.” In this way, killing them was neither unbearable nor impossible—what was impossible and unbearable was the idea that they should ever discover his lies and see that he had failed them as a man.

The real villains are the forces that tell men they must be providers and protectors, and that if they fail they may as well not be men at all.

In their own ways, neither MacDonald nor Romand can fully confront the annihilation of their families. MacDonald still maintains his innocence, going so far as to believe that “the gods were against him.” Romand likewise considers himself a victim, and sees himself “not as someone who had done something horrific but as someone to whom something horrific had happened, the unfortunate toy of diabolical circumstances,” speaking only of a “tragedy” that had befallen his family and dwelling on his own misery without accepting responsibility. Both men’s state of denial colors how they talk about their families, their alleged crimes, and themselves, and also denies answers to the reader.

What is the value of these stories? What can we possibly learn from them? Faced with the unthinkable, seeking meaning and perhaps solace, we persist in looking for some kind of explanation. In A Wilderness of Error, Erroll Morris’s critique of Fatal Vision, the idea of psychopathy is criticized as nothing but a comforting tonic that “explains the inexplicable: how someone who was so accomplished, so respected, could commit such a heinous crime. Psychopathy suggests that MacDonald was in disguise, hidden behind a mask of sanity.” However, while MacDonald may not be a psychopath, he does not need to have been one to have killed his family. Carrére likewise wrestled with his own search for meaning, writing that “It’s impossible to think about this story without feeling that there is a mystery here with a hidden explanation. But the mystery is that there is no explanation and that, unlikely as it may seem, that’s how it happened.” Ultimately, by the end of his time with Romand, Carrére no longer saw any mystery, “only a pathetic mixture of blindness, cowardice, and distress.”

But in fact, there exists a range of possible factors that can lead to these kinds of acts: instability and abuse in childhood, anxiety about the terrors of the world and one’s place in it, and a rigidly normative male self concept that is impossible to uphold. Still, the “why” provides no real comfort or way forward. The real villains are the forces that tell men they must be providers and protectors, and that if they fail they may as well not be men at all.

The truth is that these roles are not real. They do not need to exist at all. They are no more than human-made and structurally enforced delusions about men’s place in the world. If one wants to find meaning behind such heinous acts, it behooves us to look not at the psychology of the individual, but at the structural roles and expectations assigned by society.

Ani Katz is a writer, photographer, and teacher. She was born and raised on the South Shore of Long Island, New York, and holds an MFA in photography from Columbia College Chicago and a BA from Yale. She lives in Brooklyn. A Good Man is her first novel. 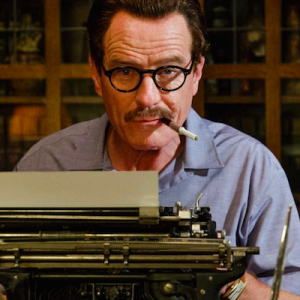 As a reformed screenwriter who has made a happy transition to writing fiction, I am prone to making inevitable comparisons...
© LitHub
Back to top