On the Female Archetypes of True Crime

Sharon Tate is having a moment—or rather, her death is. Upon the fiftieth anniversary of the movie star’s murder by the Manson Family this past month, she has been reimagined in films such as Once Upon a Time… in Hollywood and The Haunting of Sharon Tate. Two new books that are also out this month can help us understand the enduring cultural legacy of the young actress and her tragic end: Rachel Monroe’s Savage Appetites: Four True Stories of Women, Crime & Obsession, and Sady Doyle’s Dead Blondes and Bad Mothers: Monstrosity, Patriarchy, and the Fear of Female Power.

Monroe’s new book devotes one of four chapters to the story of an obsessed fan who infiltrated the star’s family and helped bring about the victim’s rights movement. (The others focus on miniature crime scene creator and mother of forensic science, Frances Glessner Lee, wife of and crusader for wrongly accused West Memphis Three member, Lorri Davis, and would-be mass shooter Lindsay Souvannarath.) Monroe places Tate in the context of true crime’s obsession with the attractive and the dead: “Sharon isn’t the only dead woman who attracts this kind of attention,” Monroe writes.

“You know the type: Like Sharon or Marilyn Monroe, Lady Di or Laura Palmer, or Anna Nicole Smith, she should be a little sexy and a little sad. If possible, she should be white and blonde. Her face should look good on a tattoo or a T-shirt. Dying tragically transforms her into an icon; she’s more legendary, more ubiquitous, but she’s also flattened. The more upsetting the circumstances of her end, the more beloved she’ll be. Sex appeal and victimization, beauty and tragedy and celebrity: it makes for a potent mix. But is it that these women are loved because they were doomed? Or that they’re doomed because they’re sexy? Is it their doom that makes them sexy?” 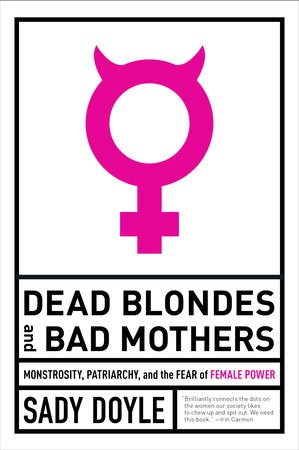 In her pregnant death at the hands of the Manson family, Tate also is frozen in time between a palatable dead blonde and archetype of the Bad Mother: through no fault of her own, Tate failed to protect her almost full-term baby by being unable to give him (she and Polanski planned to name the male fetus Paul) life. But viewed through the prism of today’s rapidly disintegrating reproductive rights landscape, she might have even been charged with his murder.

It’s not a fair analysis, but none of the examples listed in Doyle’s Dead Blondes & Bad Mothers or Monroe’s Savage Appetites are fair. Monroe writes about how the press shamed Tate (and her three friends who were also murdered that night) for allegedly having drugs in their systems (her killers, on LSD, were far more intoxicated).

From Norma Bates to Mary Shelley, Doyle expands on the way women who don’t conform to patriarchal expectations have instead morphed into the possessed teens and bad mothers of literature and cinema. “Fantasies about violent women usually conceal realities about violent men,” Doyle writes. “We blame mothers, not men, for the violence that male domination has unleashed on the world.”

But, when those women take matters into our own hands, fed up at our scapegoating for the actions of men, we receive the other side of the double-edged sword.

“Female monstrosity inspires terror because it really can end the world—or our current version of it, anyway,” Doyle writes. The true crime boom has seen women flipping the script on these long-held lores to reclaim our narratives, and is, in part, to thank for the new lens through which we’re seeing historically infamous women—such as Monica Lewinski and Lorena Gallo (nee Bobbitt)—now cast as fighting against society’s instinct to dismiss victims and survivors of male violence.

Article continues after advertisement
As Monroe points out, true crime is primarily consumed and increasingly created by women as we make sense of gendered violence against us.

As Monroe points out, true crime is primarily consumed and increasingly created by women as we make sense of gendered violence against us. “Women make up the majority of the readers of true crime books and the listeners of true crime podcasts,” she writes. “I’ve talked to television executives and writers and podcast hosts, forensic scientists and activists and exonerees, and they all agree: true crime is a genre that overwhelmingly appeals to women.”

Monroe unpacks the notion that women are the predominant victims of violence (in fact, men are) and points out that as the crime rate goes down, women often believe it is going up. Is this a by-product of true crime being marketed towards us? Or perhaps it’s the rise of Court TV and the 24-hour news cycle, beaming the graphic details of the deaths of dead blondes such as Nicole Brown Simpson and Anna Nicole Smith into our living rooms and onto our smart phones at any hour of the day.

Doyle, however, offers a more sympathetic reason for our outsized obsession with true crime. “Women who obsess over stories about killer husbands aren’t indulging in tabloid sensationalism or thinking in complicated psychosexual metaphors,” she writes. “They are, literally worried that their husbands are going to kill them—and those fears are not irrational.” 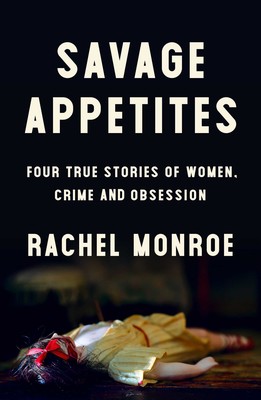 Both Monroe and Doyle acknowledge that, though we may not be the primary victims of violence, we are the overwhelming majority of intimate partner violence and sexual assault victims, no matter how picture perfect our versions of domesticity may be. Laci Peterson, who devoted herself to a traditional (and rather patriarchal) view of women’s roles, still fell prey to domestic violence when her husband murdered her in order to be with his (notably blonde) mistress. Doyle writes:

“The sheer audacity of Scott’s [Peterson, Laci’s husband] public existence—a man who had killed his wife walking around in the open, doing an exceptionally bad impression of a grieving husband—made him hard to look away from. Scott really was like most of the men in this country, or at least, like many of the men those women had known. They paid attention to him not because his violence was abnormal or sensational, but because—in all his bland, hair-gelled brutality—he revealed how violent ‘normal’ was.”

Monroe touches on this, too, but she ponders whether women are interested in true crime for the socially sanctioned reasons of arming ourselves against violence by learning about the tools to prevent it, or for other motives, such as pleasure, or just an acknowledgement of our own inner creepiness.

Though intriguing, again I prefer Doyle’s interpretation that our interest in stories like Laci’s speaks to a wider interpretation of women’s role in heterosexual, monogamous relationships. She writes:

“There’s more than one way to kill your wife. Beyond the spectacular violence of shootings and stranglings and wives thrown in rivers, there is the daily, grinding violence of subservience and loss of self – which, like those more visible attacks, is a built-in part of the system. To this day, women are expected to give up more of themselves in marriage than men are; to change our names, to change our goals, to give up our homes or careers or autonomy or our very identities.”

Because Dead Blondes & Bad Mothers is about myths and stereotypes about women throughout history, not just modern true crime examples, I’m reminded of some of the other bad mothers she writes about throughout the course of the book, such as Daphne du Maurier’s Rebecca, in which the titular Rebecca, dying of cancer symbolically located in her womb, pretends to be pregnant from an affair in order to provoke her husband to kill her, and Mary Shelley’s Frankenstein, inspired by Shelley’s miscarriages and stillbirths.

Doyle goes on to name more recent additions to the crime cannon, such as Gillian Flynn’s 2012 novel, Gone Girl. Perhaps the most important work of fiction to reinvigorate women’s interest in gendered violence and the captivating men who perpetrate it, Gone Girl is part of a lengthening list of literature and film and TV adaptations about this phenomenon. Flynn’s Sharp Objects and Big Little Lies are also part of pop culture’s continued interest in how women make sense of crime.

What’s notable about these pop cultural examples, though, and much of the true crime genre at large, is that they’re focused primarily on how violence is experienced by white women. Women of color who are victims of crime seldom get to reclaim their narratives and fantasize about revenge. “I noticed that I hadn’t heard a single story about the people who are disproportionately at risk of homicide: sex workers, the homeless, young men of color, trans women. Instead, there were more teaser-trailers for TV specials about murdered moms, or moms who murdered,” Monroe notes in her introduction about attending a true crime convention marketed towards women.

“It just seemed to me that a really crucial part of the story is the way that certain victims are used as spokeswomen because they are useful,” Monroe continued in a recent interview with Jezebel. “I started to feel really creeped out by that the way that they’re useful to politicians in part because they can’t speak for themselves. That’s part of the appeal of the trope of the dead white woman; she can’t speak for herself so other people can speak for her.”

As mentioned in the outset of this article, Monroe melds her chapter on Sharon Tate with the victim’s rights movement that arose in the wake of her murder and the civil and women’s rights movements. She identifies problems with the use of Tate as a poster girl for the movement, which positions “innocent” victims of violent crime as worthy of being avenged, and ignores those whose blamelessness is less absolute, such as sex workers, addicts, perpetrators of crime themselves etc. as undesirable to the cause. Monroe also writes about how prioritizing victim’s trauma, agency and healing results in harsher sentencing and the loss of rehabilitation programs for incarcerated people not to reoffend. It’s a complex topic, one that Monroe succeeds in making her readers reconsider.

Monroe’s case studies of women interested in crime sets out four archetypes—the detective, the victim, the attorney, and the killer—that together, function as a compendium on women’s relationship to violence, an obsession that has reached historic heights in our day. But as Doyle’s examination of these archetypes and more will attest, it’s a fascination that has been with us since myth-making began.

A Crime Author Grapples With the Old Question: Where Do You Get Your Ideas From? 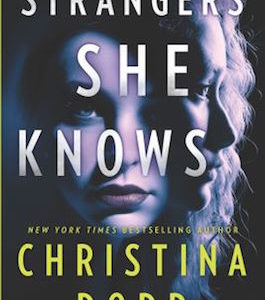 Running…again. Kellen liked making the circuit of the tiny California island. She ran close to the collapsed caverns where...
© LitHub
Back to top