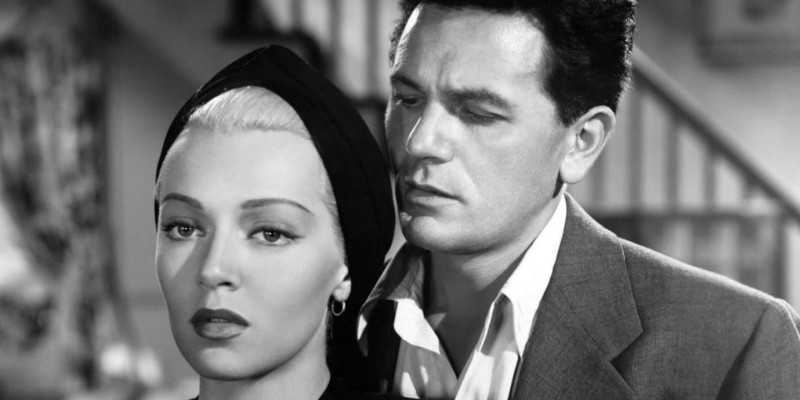 Femmes Fatales
and the Shattering of the
Capitalist Dream

Reconsidering a 20th century crime trope, and what it says about the evolution of noir.

The trope of the femme fatale—the maneating vamp who leaves a trail of bodies in her wake—existed long before crime fiction. In the Bible, Delilah betrayed Samson; in some versions of Arthurian legend, there’s the enchantress Morgan le Fay, who had great fun seducing and wrecking the Knights of the Round Table. But noir took that archetype and sharpened it to a particularly brutal point.

It’s easy to dismiss the femme fatale as a misogynist relic, just like some of the cover art that adorned pulp novels for decades. Indeed, with the exception of works such as Frank Miller’s “Sin City” graphic novels, self-consciously stuffed with deliberate callbacks to pulp’s yesteryear, much of modern crime fiction seems to have moved beyond the straightforward depictions of such characters. But it’s worth revisiting these women as symbolic of the core apprehensions that have gripped mainstream society over the past hundred years.

Or to put it in a more modern way: the most notable femmes fatales whacked the hell out of the sexist, capitalist patriarchy.

“What is the defining characteristic of the femme fatale, that film noir archetype of the scheming woman who preys on men?” Imogen Sara Smith wrote in a 2017 essay for The Criterion Collection. “Even more than greed or coldheartedness, it might be deceit: a virtuosic ability to manipulate men with lies and playacting.” Whether it’s Jane Greer’s Kathie forcing Robert Mitchum’s Jeff into an impossible choice in Jacques Tourneur’s Out of the Past (1947), or Barbara Stanwyck’s Phyllis pushing Fred MacMurray’s lusty sap of an insurance salesman to murder in Billy Wilder’s Double Indemnity (1944)—just to name two notable examples—film noir’s dangerous women offer a sugar-sweet mask over a heart of black ice.

Many crime-fiction authors of the early- to mid-20th century also inserted a femme fatale into their books. In addition to the novella Double Indemnity (which ends very differently—and much more weirdly—than the film), James M. Cain also published The Postman Always Rings Twice, in which an unfaithful wife tries to have her husband murdered. Elliott Chaze’s masterpiece Black Wings Has My Angel features Virginia, perhaps the quintessential killer siren, who convinces the narrator, Tim, to engage in a multi-state crime spree. (Virginia, like Phyllis in Double Indemnity, also ends up seized by an almost transcendent fatalism in the final pages—because what’s noir without at least one character suffering an existential dilemma?)

In Double Indemnity (both the novella and film), Phyllis is a bored, bejeweled housewife in a sizable mansion with tasteful furniture. Her husband is monetized enough to afford a sizable life insurance policy. From a certain point of view, it’s a picture-perfect existence. Her reasons for destroying it—and seducing another man into breaking her dear hubby’s neck—are unclear, and in many ways, they don’t really matter: You can practically sense the unease of any rich white men watching or reading it. What if my wife wants to secretly murder me? What if all my wealth and privilege can’t protect me from the predators within my walls?

Black Wings Has My Angel is a purer distillation of this theme. Roughly midway through the book, Tim and Virginia run into an acquaintance of Virginia’s, who confides in Tim about his murderous lover’s past:

“’Speaking of debutantes,’ Mamie said to me, ‘Jennie was the only honest to God debutante I ever knew good. The only certified one—’”

Virginia transitions from pillar of traditional society to a vicious cop-killer, and in the process pokes at another societal fear: that an upstanding young person will eventually turn against the very culture fostering their development. Indeed, crime fiction is filled with other debutantes and spoiled rich kids gone (often murderously) bad. At its best, that’s what makes the genre so subversive and unsettling; the idea of murder might make us a bit queasy, but who doesn’t enjoy watching someone stick it to The Man?

At its best, that’s what makes the genre so subversive and unsettling; the idea of murder might make us a bit queasy, but who doesn’t enjoy watching someone stick it to The Man?

Eventually, of course, the trope wore down to cliché. By the time of John Ridley’s novella Stray Dogs (1997), where the plot hinges on a murderous seductress who really wants an amoral drifter to whack her rich husband, the femme fatale teetered on the edge of outright parody, an idiot manipulating other idiots into messy murder. (The movie adaptation of Stray Dogs, directed by Oliver Stone and retitled U-Turn, tumbles right over that particular cliff; critics savaged it as ugly, unfunny comedy.) The decades-long repetition of the core themes—seductress, rich husband, murder, mayhem—dulled us to the subversive nature of the core idea, that society’s richest and most powerful can be brought down with a seductive smile and a well-timed blow with a hammer.

Over the past few years, though, there have been moments where that old energy crackled back to life. For instance: Gillian Flynn’s Gone Girl features Amy, a beautiful, manipulative psychopath who takes out her simmering resentments on her husband in a spectacular way. The genius of Flynn’s book is how it subverts the reader’s expectations, transforming Amy from potential murder victim to murderous manipulator. And unlike the femme fatale of a 1940s novel, you understand Amy’s motivations perfectly—even when she decides to cut a throat. She’s the fear that rests in the heart of every suburban community, a sign that noir still has the power to spark unease among even the most comfortable and satisfied folks.

Brooklyn Bad Boyz:
The Night I Was Shot 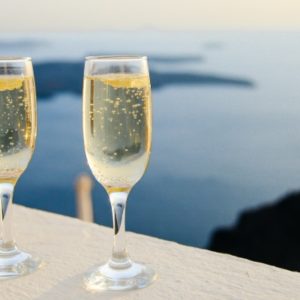 From the reception the last time I did a list of second novels, a lot of you either agree with me or are coming around to the idea...
© LitHub
Back to top