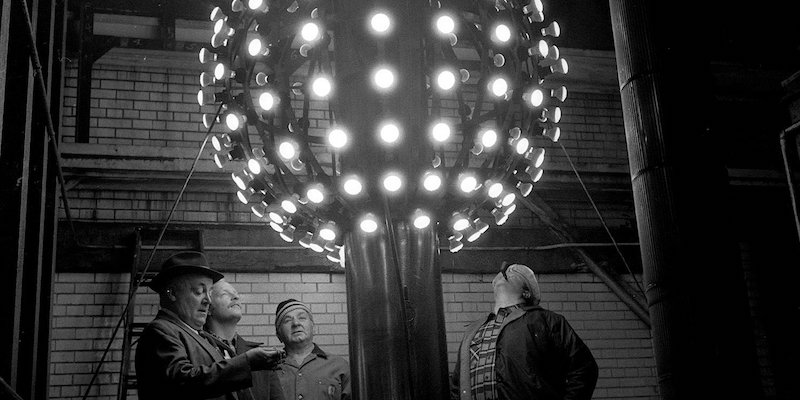 "Suddenly that street or avenue you walk takes on new meaning. Inhabited by people who no longer exist. Or buildings long ago torn down and replaced. A story untold."

One of the unique perks of being a historical mystery author in Manhattan is the source material. Things we never think about as we hurry from one place to another—for me, usually late, and always slightly frazzled—suddenly looked at in a slightly different light, become compelling places for murder.

Manhattan has been the scene of many famous crimes. Like Umberto’s clam house in Little Italy, where “Crazy” Joe Gallo was mowed down by the mob back in 1972. Or Madison Square Garden (the one at the north side of Madison Square on Twenty-third Street and the intersection of Fifth Avenue and Broadway, not the current arena at Penn Station) where one night in 1906, John Thaw in a jealous rage gunned down Stanford White at the rooftop theater, while Evelyn Nesbit, Thaw’s wife and the object of his jealousy, looked on.

Then there are those other places that are not so famous, but have captured  their own little spot in history. Lurid and news-making in their day, they’ve somehow slipped our notice until…

That one Sunday morning, when you step out of your favorite dim sum restaurant in Chinatown and someone mentions that the little bend in Doyers Street was once known as The Bloody Angle. And possibly was the originator of the term “hatchet job” since that was the Tongs favorite way of dealing with their enemies.

And suddenly that street or avenue you walk takes on new meaning. Inhabited by people who no longer exist. Or buildings long ago torn down and replaced. A story untold. It’s those lost tidbits that authors love.

Just pick up (electronically) a copy of the New York Times through their archives app, Time Machine. One hundred fifty years to choose from. In any edition, it’s likely you’ll find crime and intrigue and murders that make you cringe… along with who arrived on the latest steamer from England, the latest baseball scores, and which emporium has a sale on men’s summer suits.

Manhattan is an old city by United States ideas of history. Always on the go, thoroughly modern, cutting edge, leader in all things cultural, the melting pot of the world, we haven’t always considered the historic significance of our brick and mortar past. Many of the important landmarks were torn down in the name of the progress we cherish, before we recognized their importance as our heritage. Something to be protected.

The ghosts of the city are everywhere just waiting to be discovered. Each neighborhood holding its own particular personality, a unique character; each street, its own secrets. They all have a story to tell, one that started long before Duane Reade, Lowe’s Theater, or Starbuck’s ever made an appearance.

It is quite amazing to walk down a street or avenue and not hear and see the present, but the way it was …before. Like being a tourist in your own backward. Yes, one of those, pedestrian slowing, gawking, amazed beings that we love to complain about, but could learn a thing or two from.

And being a mystery writer…Well you can imagine.

My Lady Dunbridge series is set in the first decade of the twentieth century. The height of the Gilded age, the acme before it came crumbling down. There are a wealth of crime novels set in that period because there were so many contrasts in behavior and such a plethora of interesting settings in which to place them.

My first step into actual imagining what that past looked like was when I discovered Jack Finney’s Time and Again, set in 1882. It was a transformational moment for me, and a lot of others. His scene of riding the subway and looking into apartment windows has been used by scores of writers since.

Reading his story was like finding a door left ajar. An invitation to step in and explore further on my own.

And what a fascinating time, the Victorian age; the new century; and the Gilded age spanning the two.

Whether you like your mysteries on the darker, atmospheric side like Stephanie Pintoff’s Simon Ziele series (In the Shadow of Gotham, Secret of the White Rose) or really dark and leaning toward the thriller, as Caleb Carr’s The Alienist.

Whether you enjoy female protagonists like Sarah Brandt, the midwife in Victoria Thompson’s long-running Gas Light mysteries (Murder on Astor Place.) Or Rhys Bowen’s Irish immigrant heroine, Molly Murphy, there is a smorgasbord of Manhattan experience to enjoy.

Which is a good thing, because until recently we’d done a good job of hiding our past.

Take Times Square. Stay in the city long enough and invariably you’ll end up there. Surrounded by traffic and fumes as your taxi sits in bumper to bumper traffic. Walking with your head down. Assaulted on all sides and above your head by building-sized neon advertising, rows of stores and display windows. And the noise, no wonder we wear headphones and keep ourselves glued to our phones, trying to block out the noise pollution.

I use the Times building as the setting for several scenes in A Resolution at Midnight. These days, you might not recognize it while you’re  standing on the corner waiting for a walk sign. It’s the one you can’t see. Not the tall shiny building that rises behind it, but the one with the 350 feet of electronic advertising covering its façade. The signs that never sleep.

Except at New Years when the skyscraper of electronics changes momentarily to wish us all a Happy New Year, even competing for your attention while the ball slowly descends with computer accuracy.

The newly built Times Tower built in 1904, the reason Times Square is no longer called Longacre Square. It was touted to be “the tallest building in Manhattan,” twenty five stories, 375 feet, the base of five stories constructed of pink Milford granite, the rest of cream colored terra cotta.

The newspaper occupied the top ten stories, editorial rooms, news room, circulation and marketing, compositing, and the sub-subterranean basements where massive printers worked overtime to keep the city abreast of the news.

Retail and office space was rented out, all open to sunlight and ventilation. It would eventually house an arcade of drug stores, telephone booths, barber shops, haberdashers, jewelers. Four elevators took workers to the highest floors and took them down again to the new subterranean subway station below.

It was a marvel of fire proof construction.

Two years after the building opened, on the eve of 1908, the first ever New Years Eve ball descended at the new Times Square.

The crowds, having eschewed the traditional, quieter, celebration at Old Trinity Church, now crowded together in the square with their confetti and merrymakers, all excitedly waiting.

The revelers enjoying their champagne at the luxurious hotels, the Knickerbocker and the Astor, or in the restaurants where reservations were taken months in advance, pressed their faces to the windows to witness another New York First.

The hush, the anticipation, as they all looked upward. The glowing ball descends, slowly, its speed controlled by pulleys and ropes and five brawny men lowering its 700 pounds hand over hand.

And Voila! As the ball finds its rest, a new year begins. 1908 is lit up across the roof of the Times Building, and the crowd goes wild.

“Tens of thousands stood watching the electric ball. And then—It fell. The great shout that went up drowned out the whistles for a minute. The vocal power of the welcomers rose above even the horns and the cow bells and the rattles. Above all else came the wild human hullabaloo of noise, out of which could be formed dimly into the words “Hurrah for 1908.” (New York Times, January 1, 1908.)

Gradually the crowd dispersed, going on to other entertainments, or home to bed. Some thronged down into the subway station, much like today, crowded and pressing forward, leaning over to look down the dark tunnel to see if there is a light to show that a train is on its way. They don’t bother to look the other way, over their shoulders, no more than we do today. If they did. they wouldn’t think twice about the door in the white subway-tiled wall, and the brass sign above it:

The private entrance to the exclusive hotel, just a hallway under the street and a staircase away, where the elite, dressed in tuxedos and gowns of the latest Paris fashion, enjoyed their champagne. The door is locked and unused today, looking more like something that belongs to a submarine, not an elite hotel. The sign is dull and unnoticed.

Like the entombed Times building and the locked Knickerbocker entrance, Manhattan is a warren of secret places. Hidden tunnels to the past, sometimes glorious sometimes gory. Always interesting.

Many of these landmarks have disappeared, but there are plenty that still exist, ones that we don’t always know about, or stop to marvel at; the ones we don’t see.

Then it seems anyway you turn, there is an adventure waiting. In fact, I think I see one now. 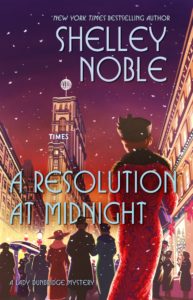 SHELLEY NOBLE is the New York Times bestselling author of Beach Colors, as well as Lighthouse Beach, The Beach at Painter's Cove, Whisper Beach, Stargazey Point, and Breakwater Bay. Her most recent book, A Resolution at Midnight, is now available from Forge Publishing. A former professional dancer and choreographer, she worked on the films Mona Lisa Smile and The Game Plan. She has also published a series of cozies and the Lady Dunbridge historical mysteries, the first of which was a finalist for both the RITA and Macavity Awards for historical fiction. Shelley is a member of Sisters-in-Crime, Mystery Writers of America, Romance Writers of America, and Liberty States Fiction Writers. Noble lives in New Jersey. 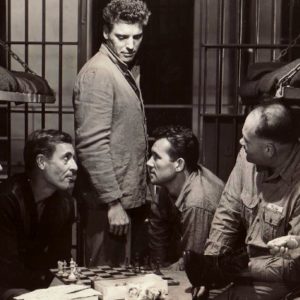 Once you start looking for prisons in books and movies, you find them everywhere. Obviously there are books set in prisons,...
© LitHub
Back to top