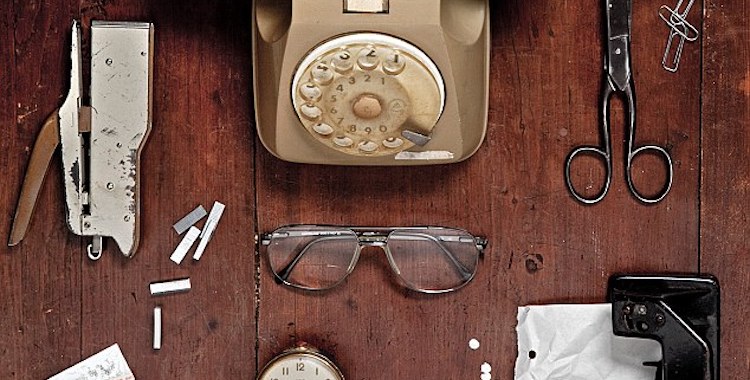 James W. Ziskin on Using a Few Tricks from Proust to Find the Past

I write the Ellie Stone mystery series, which runs through the early years of the 1960s, the decade that began with the election of JFK and ended with a man on the moon. The time period suits the stories I want to tell, but not in a rose-colored-glasses, nostalgic way. Rather, I try to depict a more balanced, realistic portrait of a period on the brink of seismic cultural and political changes.

The enduring myth of the wholesome 1950s is a specious one. If the 1950s had been as peachy-keen as collective memory suggests, no one would have wanted to change a thing. There would have been no civil rights struggle, no Vietnam war protests, no sexual revolution, and certainly no women’s liberation movement. But before the upheavals, the assassinations, and the Summer of Love, my main character and first-person narrator, Ellie Stone, plied her trade as a reporter for a small upstate New York daily, investigating occasional murders and falling into bed with the wrong men.

Any rumination on memory and fiction starts—where else?—with Proust. I’ve been thinking long and hard recently about creating credible and compelling depictions of the past. The success or failure of my books depends in large part on a sleight of hand that makes my fictional world of 1960 come to life for readers. To achieve that, I rely on a good deal of research, which includes familiarizing myself with everything from food prices to current events and weather at the time my books take place. There’s a wealth of information and sources available on the Internet and in archives, of course. In fact, there’s so much that it takes no small measure of restraint to resist chasing historical tidbits down rabbit holes for hours at a time. After five books, I still struggle with these distractions. But I’ve also come to identify three linchpins that hold together my approach to historical research and help to control my detours. They are accuracy, effectiveness, and measure.

First, the historical facts must be accurate. Yes, the Union won the Civil War. I may write fiction, but there are no alternate facts in my books.

Second, the historical details should achieve some purpose between the covers of my book, either to advance the plot, set the scene, or develop a character. That leaves me a lot of leeway, but still the temptation must be resisted to use every last morsel of fascinating research. Damn it.

And that’s the third linchpin: measure. You’ve got to stay the hand and resist the urge to over-salt the soup. In fact, better to think of these historical details as pepper rather than salt. Everything in good measure.

So if padding your novel with historical research doesn’t work, how do you create a sense of the past? How do you conjure the snows of yesteryear in an effective and economical manner? Me, I borrow some inspiration from Proust and twist it to suit my needs.

Proust described experiencing a rush of nostalgia and memory upon tasting the madeleine dipped in tea. “Un plaisir délicieux.” Unconscious, involuntary, instantaneous, and powerfully evocative, the madeleine unleashed a flood of memories from the recesses of the narrator’s mind. For me, the smell (odor) of boxwood has always transported me back to my childhood visits to my grandmother’s house. So if a shrub that smells vaguely of cat urine, or some cake crumbs floating in tea, can accomplish that, imagine what other magical potions writers might harness from their everyday memories.

In my writing, I’ve used objects to suggest the past and stimulate memory. The most ordinary of things can create these impressions. And, in homage to Proust, I have come to refer to these as my petites madeleines. Talismans that summon the past in just a word or two, like a spell, or a post-hypnotic suggestion.

As I mentioned above, my books are set in the early 1960s, a time before cable television, personal computers, the Internet, email, and smartphones. Anyone of a certain age who was alive at that time remembers how tasks we take for granted today were all functionally analog back then. We actually had to spin the dial on the phone to make it work. The verb “to dial” was a faithful representation of the action undertaken, as opposed to today when we punch in a number or touch some pixelated likeness of a button on a tiny screen. There were no buttons on phones back in 1960. You had to wrench that dial around maniacally if it was an urgent call, and then wait for it to circle back around to its starting place before you could enter the next digit. And it was literally your digit doing the dialing. Your finger in the hole.

So, yes, pretty much everything used to take longer to do. There was no Google, so research was laborious and mostly confined to regular business hours. Good luck trying to get into the city library after hours to look up the date of the Magna Carta. Or trying to withdraw money from the bank after closing on Saturday. No ATMs. If you hadn’t planned ahead, you were out of luck and out of cash until Monday morning. And remember tuning your television? You had to get off the couch, cross the room, and turn the dial manually to change channels, of which there were only three or four. Then there was the constant struggle to improve or stabilize the gyrating picture. The vertical and horizontal hold buttons have gone the way of the horse and buggy.

But the television was ubiquitous, so the tuning experience is virtually universal for baby boomers and even their parents. Rabbit ears, the Indian Head test pattern, and UHF dial are just a few mysteries from the past that anyone 50 years or older understands without a prompt. And with things changing faster than ever before, writers must be mindful of anachronisms sneaking into their historical work. Remember when everyone had AOL? “What the hell is an AOL?” your teenager might ask. And that annoying modem sound? That will surely end up as an audible madeleine for some author writing about the 1990s.

Of course things are different today. But why drone on like a curmudgeon and catalogue all that’s changed during our lifespan? Because our shared experience has burned these long-lost details into our collective consciousness, that’s why. And, if summoned in our writing, they produce instant, sharply focused descriptions in the reader’s mind, all with just a few words. These madeleines can be gold for writers trying to paint the past in economical and convincing fashion.

Highly personal, subjective, and idiosyncratic, our memories can still resonate with large groups within a community. They are shared in our cultural consciousness, not unlike a common language within a population of speakers. Yes, our individual experiences and competencies are our own, but we all understand each other and—with varying degrees of success—can make ourselves understood within the community. Likewise, our shared memories are mutually intelligible.

For Proust, the madeleines involved taste and smell; he didn’t go on about the tea burning his tongue, for instance. But for us, the other senses might provide similar memory prompts: sight, sound, and touch. These are sensorial reactions and—pretty much—universal to the human experience. But madeleines can also be simple objects, concepts, or even words themselves.

Here is a small sampling of madeleines I’ve used in my books to evoke a not-too-distant past. They need no explanation to those who lived with them.

Proust’s madeleines will now and forevermore be associated with memory. Yet, the effect those little cakes exerted on his narrator were intensely personal for him. The particulars of his magical journey back in time probably wouldn’t produce the same result in others. I, for one, never dipped a madeleine in my tea until I was in my twenties. Still, the symbol has endured for more than a century. What I strive to achieve is the same impact the madeleines had on Proust, but via a spell with a less-personal, more-universal efficacy on the memories of readers. I sprinkle my narrative sparingly—think pepper—with these petites madeleines. The result, I hope, is a remembrance of things past that my readers can share.

James W. Ziskin is the author of Styx & Stone, No Stone Unturned, and Stone Cold Dead, the first three Ellie Stone mysteries. A linguist by training, Ziskin was director of New York University’s Casa Italiana Zerilli-Marimò for five years, where he collaborated with an impressive catalogue of writers, journalists, and academics on cultural and educational events. 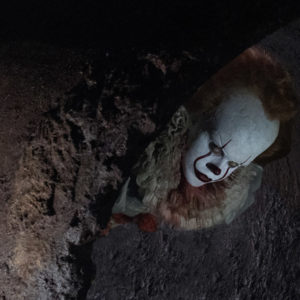 I sat up with a jolt. I couldn’t sleep. It was in early August of last year. I could hear the rain pelting our tiny motel...
© LitHub
Back to top