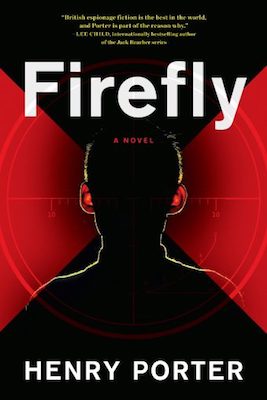 The following is an exclusive excerpt from Firefly, by Henry Porter. In the following passage, 13-year-old boy survives a shipwreck and finds his fate now tied to the small child he’s saved from drowning.

His head went under. Seawater filled his nose and mouth; his eyes opened and he saw the black depths of the ocean below him. A moment later something knocked his legs—maybe part of the wreckage, he couldn’t tell. All he knew was that he was going to die. Then it came again. This time there was a distinct shove on his buttocks and whatever it was that moved with such intent beneath him lifted him up so his head and shoulders came out of the water and he was able to grab a plastic toggle on the section of the rubber craft that was still inflated.

The sea was very strange to the boy, with its violence and the salty water that stung his eyes and the gash on his head that had been made with the handle of a gun by one of the men when they were being herded onto the raft. He rubbed his eyes with the knuckle of his free hand and cast around. There was nothing to see in the dawn, not even the shadow of the coast they’d spotted a few minutes before the boat had begun to sink.

The waves were getting bigger in the wind that had got up at first light, bringing with it the smell of wood smoke from the shore. They had taken this as a good sign: if they could smell the fires on the beach, they weren’t far from their destination and safety. But that was before the front section suddenly deflated and water poured in, and the people panicked and grabbed the young children that were huddled in the centre, and the section that remained inflated began to rock uncontrollably. Then the boat flipped over and they were all thrown into the sea.

The screams died the instant the people hit the water, and now there was nothing except the sound of the waves.

Article continues after advertisement
The screams died the instant the people hit the water, and now there was nothing except the sound of the waves.

He turned his head as a particularly large wave raised him and the wreckage, and he found himself looking down the slope of water at a bright blue life jacket that was spinning round in the trough of the wave. He knew he must get to that life jacket, because the orange one he’d bought on the street had split open at the collar, revealing nothing but the wads of paper it had been stuffed with. The blue life jacket became his only objective. He began paddling furiously with his free arm, but realized he couldn’t drag the whole weight of the collapsed rubber boat through the water. He didn’t know water—he had no idea about what you could and couldn’t do in it. Until two days before he’d never seen the sea, nor anything like it, still less been plunged into its shocking cold immensity and had to swim for his life. On the few occasions he had swum, his foot had danced along the bottom of the pool as his arms thrashed atop the water; and he had fooled nobody, not even his doting father.

A few seconds later, an even bigger wave came along, and this one seemed to pause at a great height to contemplate him before crashing down and obliterating all his senses in a foaming rush that sucked at his body and tried to tear him from the wreckage. But he clung on with all his strength, and when he blinked the water from his eyes he saw that the blue life jacket was right in front of him. He took hold of it and dragged it towards himself, realizing in that moment that it was much heavier than he had expected. He spun it round and found himself staring into an inflated hood and at the face of a very small child, no more than a year old, whose eyes and mouth were wide open in disbelief.

He was cross that the life jacket would be no use to him, but instinctively he wrapped his free arm around the blue bundle and wedged it between himself and the rubber dinghy so the sea could not drag the baby away. And there he remained, rising and falling in the waves, with the baby’s face a few centimeters away, staring at him with intense concentration. Every time the boy felt his fingers grow numb on the toggle, he swapped hands; and sometimes, when he thought that he could not hang on any longer and he should give himself and the baby up to the sea that seemed so desperately to crave their lives, he felt a shove from below and was pushed up a little and held above the water for a few firefly seconds, and the baby looked even more surprised. It was as though the ocean floor rose to take the strain from his arms.

How long they were out there he had no idea. Sometimes he tried to play with the baby, popping his eyes and rubbing his nose against the baby’s face, and the baby even managed to gurgle a laugh. The baby became his purpose, for he knew their fates were locked together: if he could keep the baby alive, God would allow him to survive too, and they would live long and happy lives, and maybe one day they would become friends. But he was very tired, and so cold that he could not think, and he allowed himself once or twice to close his eyes—just for a few seconds—and to dream of his home and his three sisters. And when he did, all sorts of strange things started to happen in his mind and he began to believe that the sea was just part of a dream. And once, just before he heard the roar of the two jet skis come out of nowhere, he imagined a monster with an enormous beak rising out of the water beside him to search his face in wonderment, as if trying to fathom why there were so many bodies in the sea and what a boy was doing floating there with a tiny baby.

From FIREFLY. Used with the permission of the publisher, The Mysterious Press. Copyright © 2018 by Henry Porter.

The Essential Crime Podcasts of Fall 2018 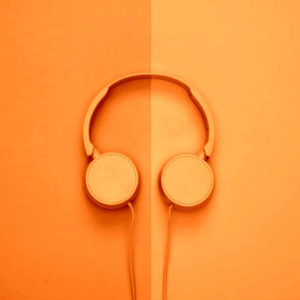 The Essential Crime Podcasts of Fall 2018 Fall is officially here, a chill is sort of in the air, and it’s never been a better time to curl up with some headphones...
© LitHub
Back to top