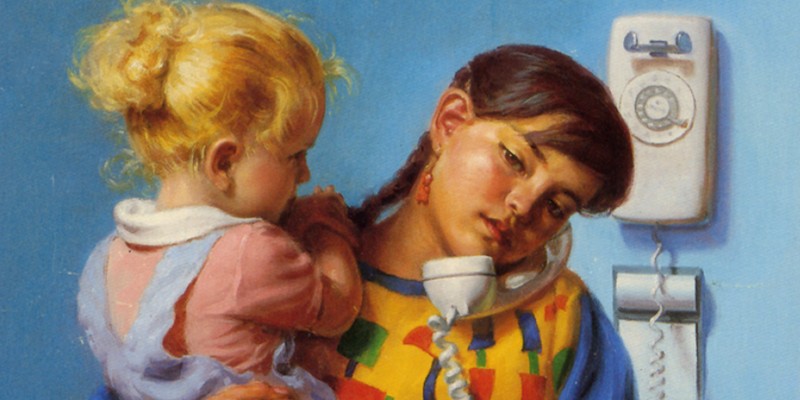 Find out what mystery you should read next based on your favorite childhood books.

My debut cozy, historical mystery, THE SOCIALITE’S GUIDE TO MURDER, started like this: I wanted to write a story that was essentially Eloise at the Plaza all grown up and solving mysteries. Once I got into the nitty gritty of writing, my main character Evelyn became her own person – er, fictional – with her own problems (she’s a little bit agoraphobic) and quirks (she’s got a talent for finding things). But the vibes that were inspired by one of my favorite childhood stories are still there: a fancy hotel in New York, a main character who goes anywhere she likes inside of it, and a general disregard for the sanity of the hotel manager.

This got me wondering what other childhood classics I could pair up with recent – ish, released in the last decade or so – cozy or historical mysteries. We’re going for the vibes here, not necessarily one-to-one comparisons. Below is a list of five books that make that fit the bill. 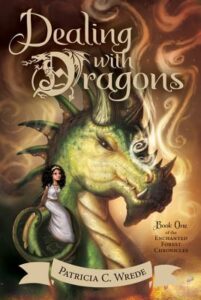 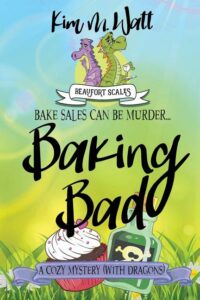 I have a distinct memory of ordering DEALING WITH DRAGONS from the Scholastic flyer that came to my school. The Enchanted Forest Chronicles was the first book series I read all the way through by myself.

If you too loved Cimorene, the other princesses, and the dragons they worked for, BAKING BAD might be right up your alley. When a vicar appears to have been murdered by none other than a poisoned cupcake, it looks as though a member of the local Women’s Institute was behind the death. Should be a simple enough case to solve. But then, the dragons show up.

Dragons and baking! See what I’m getting at? Kazul loved Cimorene’s cherries jubilee! 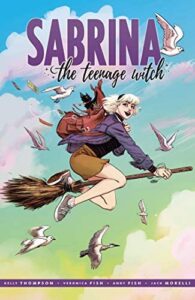 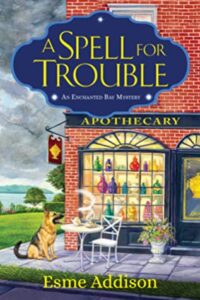 Did you know that Sabrina the Teenage Witch TV starring Melissa Joan Hart had a series of novels based on the show? Did you also know that one of those novelizations features mermaids? If you answered yes to either of these questions – or even if you answered no, unless you’re opposed to a good time – A SPELL FOR TROUBLE might meet the vibes you’re looking for.

After her father’s death, Alex visits her aunt and cousins in Bellamy Bay. She’s shocked to hear the town rumors that her family is supposedly magical healers with mermaids for ancestors. But then, a customer is poisoned in her aunt’s apothecary shop, and after Aunt Lidia’s arrest, Alex resolves to find the real killer. 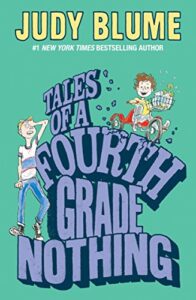 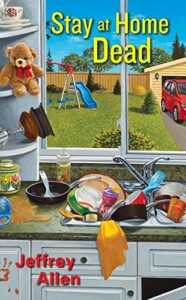 We’re going for vibes here, right? So, hear me out. What I remember from the Fudge books was that, at the heart, they were a family story. And it had boy main characters. That was a big one. The other Judy Blooms were all girls. Well. I think Freckle Juice was a boy.

In STAY AT HOME DEAD, Deuce Winters takes his three-year-old daughter to the grocery store. By the time they’re done with their weekly shopping, a dead body appears in his mini-van. It’s an unfortunate coincidence that the dead guy is Deuce’s high school rival.

Deuce is a husband and a father and he’s got to juggle being a stay-at-home dad with solving a mystery. Hopefully, the mystery doesn’t involve any poor turtles named Dribble. 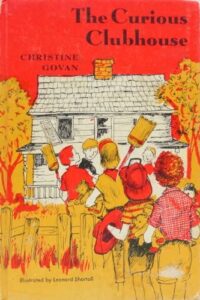 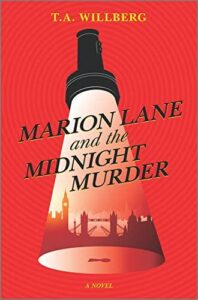 This one might be a little more obscure, but The Curious Clubhouse was about a group of kids who start bringing in objects to an empty house. Each room was dedicated to its own thing, for example, one room is just for dolls. But then things take a ghostly turn and the kids have to solve a mystery. This setup reminds me of the vibes in MARION LANE AND THE MIDNIGHT MURDER.

It’s London in the late 1950s and there’s a detective agency operating in secret, underground. It’s literally underground, complete with a library, bar, living quarters, and gadgetry room – yeah, I said gadgets! And while Marion is trying to solve a murder to clear her mentor’s name, there is something hiding in the tunnels just past the border into Miss Brickett’s Investigations & Inquiries. 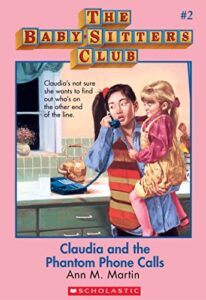 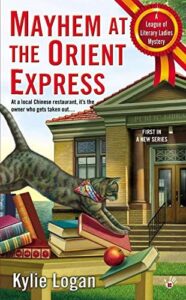 I loved The Babysitter’s Club when I was a kid. And again, as an adult, when Netflix debuted a show based on the series. A group of girls get together and start a club to get babysitting jobs and make money. Their relationships grow as they do. And sure, in the first League of Literary Ladies book, MAYHEM AT THE ORIENT EXPRESS, the women come together as a book club because they’re ordered to, but they still band together. Not to earn money, but to solve a murder.

The three amateur sleuths are all different from each other, and they do not get along at first, but they are a blast to read about. And the Christie-inspired title? Chef’s kiss. 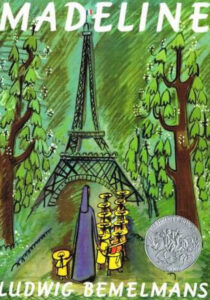 Bonus: If you liked Ludwig Bemelmans’ MADELINE try a couple of different suggestions.

I wanted to include MADELINE in this list. It’s another children’s book that I loved so much that I named a child after it. But I struggled to line up the vibes (boarding school + Paris + nuns) with a single suggestion. So, here are a couple.

If you’re looking for:

A mystery in Paris: THE PARIS APARTMENT by Lucy Foley (this is technically a thriller, but I loved it anyway)

A nun solving a mystery: THE SISTER AGATHA MYSTERIES by Aimee Thurlo and David Thurlo

A boarding school mystery: THE SECRET PLACE by Tana French (also technically a thriller, but, hey, this is the bonus section, I’m allowed to break my own rules) 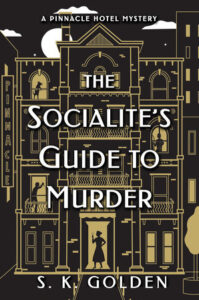 S. K. Golden was born and raised in the Florida Keys where she married a commercial fisherman. The two of them still live on the islands with their five kids (one boy, four girls -- including identical twins!), two cats, and a corgi named Goku. She graduated from Saint Leo University with a bachelor's degree in Human Services and Administration and has put it to good use approximately zero times. She's worked as a bank teller, a pharmacy technician, and an executive assistant at her father's church. Sarah is delighted to be doing none of those things now. 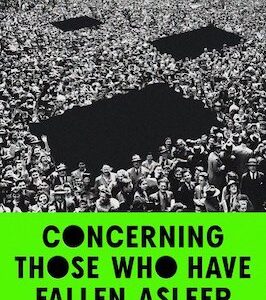 On the eve of the parade, Hanna Schröder was asked to have the Allerton sisters ready for the party in under an hour. It would...
© LitHub
Back to top