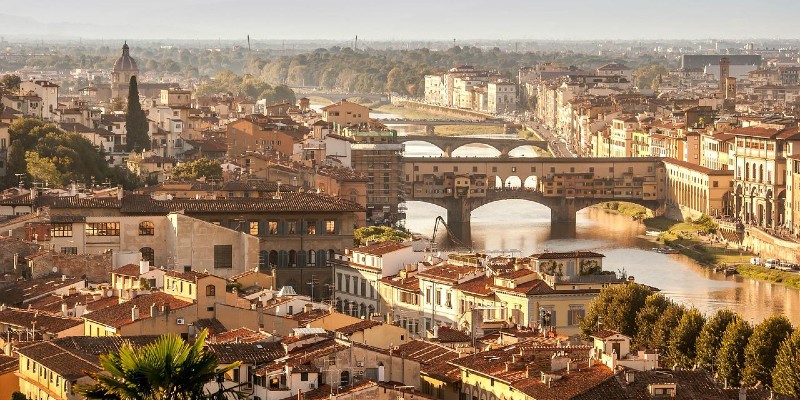 Crime and the City visits the birthplace of the Renaissance, a city known for art, style, food...and mystery.

Let’s be honest, few of us will age as well as Florence. Central Italy, the Tuscan capital, the birthplace of the Renaissance, perhaps more great art per square foot than any other place on earth. Local authors Dante Alighieri and Niccolò Machiavelli gave us visions of hell and a guide to how to be duplicitous but always victorious. You’d have to work hard to find a more beautiful city of over a million people. And of course there’s some great crime writing too.

Let’s start in the medieval urban marvel that was Florence, the city state. DV Bishop’s Cesare Aldo books. City of Vengeance (2021) takes us back to the winter of 1536. A prominent Jewish moneylender is murdered in his home, a death with wide implications in a city powered by immense wealth. Cesare Aldo, a former soldier and now an officer of the city’s most feared criminal court, is given four days to solve the murder: catch the killer before the feast of Epiphany – or suffer the consequences. Aldo uncovers a plot to overthrow the volatile ruler of the Florentine city state, Alessandro de’ Medici. Aldo, and sixteenth century Florence, return in The Darkest Sin (2022) where a male corpse is uncovered deep inside a convent and Constable Carlo Strocchi finds human remains pulled from the Arno River (that divides Florence into two halves) that belong to an officer of the law missing since winter. Aldo and Strocchi join forces to investigate.

More ancient Florence in Marina Fiorato’s The Botticelli Secret (2012). The fifteenth century and Luciana Vetra is young and beautiful, a part-time model and full-time prostitute who agrees to pose as the goddess Flora for Sandro Botticelli’s painting La Primavera. All is well until Botticelli summarily dismisses her without payment. Outraged, she steals an unfinished version of the painting – only to find that someone is ready to kill her to get it back. Her friends are murdered one by one. Luciana turns to her brother Guido della Torre, a novice at the monastery of Santa Croce, to investigate. Fiorato has written a number of other crime novels set in fifteenth century Italy and moving from Siena (Daughter of Siena, 2011) to Venice (The Venetian Contract, 2012 and The Glassblower of Murano, 2012).

It’s easy to wallow in all this Renaissance Florence luxury. But let’s come a little more up to date. The City State days are over, Italy has unified. Indeed, Florence is now a European capital of cool. It’s late summer 1963 and Ellie Stone is visiting Tuscany. All is fantastic and (as the decade was known for) ‘swinging’ until a man linked to Ellie’s father is found floating in the Arno – dead. James Ziskin’s Turn to Stone (2020) is a locked room mystery with a Florentine setting. Ziskin’s Ellie Stone books form a seven book series starting in Ellie’s hometown of New York (Styx and Stone, 2013) with Ellie heading to the Adirondacks, Los Angeles and Saratoga Springs in earlier books before jumping the pond to Italy.

And while we’re talking of 1960s Florence we have to mention Mario Vichi’s Inspector Bordelli series set in 60s Florence. Vichi is a native Florentine who now lives in the Chianti hills. Mild Mannered adventures and investigations across six books from Death in August (2011) with Bordelli investigating a murder in a luxurious hilltop villa through Death in the Olive Grove (2012), a side trip away from Florence with Death in Sardinia (2012) to Book 4, Death in Florence (2013). It’s 1966, the Arno looks likely to flood after endless rains, water is already lapping at the arches of the Ponte Vecchio and a kid has disappeared. And finally, Ghosts of the Past (2018), the anniversary of the 1966 flood and another Florentine family with deep and dark secrets to protect after a wealthy industrialist is found murdered in his grand villa in the Fiesole hills. Lots of liqueurs, food, good coffee, lovely villas, and very small cars in every delightful Bordelli book.

Christobel Kent (who comes from London, lives in Cambridge and has spent a lot of time in central Italy) specialises in writing novels set in Tuscany. Her stand-alone include A Florentine Revenge (2018) where, on a scorching summer afternoon in the suburbs of Florence, a small girl goes missing at a crowded swimming pool. For fifteen years the disappearance remains unsolved until one bitter winter night another body is found, at another swimming pool, and the case is reopened. In Late Season (2018) a group of old friends from university and their families gather for a holiday at an isolated Tuscan farmhouse. Little do they know that the house hold secrets that go back to the Second World War and the British liberation of the Tuscan region of Italy. And then there’s A Party in San Nicolo (2018). Gina Donovan arrives in Florence on a beautiful spring morning to stay with an old friend. She accepts an invitation to a party where secrets cascade into the light and Florence moves from beautiful get-away destination to dark and scary city.

But where Christobel Kent really excels is with her Sandro Cellini series. Cellini, an ex-Florentine cop turned private detective arrives in A Time of Mourning (2010) with newly badged PI Cellini tracking a young English girl gone missing and an investigation into the suicide of an elderly Jewish architect. The two events seem unrelated, until the coincidences collide. In Book 2, A Fine and Private Place (2010) Cellini is having troubled drumming up business until the much-disliked director of an artistic Trust based in a castle in the hills outside Florence, the Cansentino Valley where the river Arno begins. Book 3 is The Dead Season (2012), Florence’s annual August heatwave. A man disappears leaving his pregnant wife bereft, a bank teller tells Cellini she is worried about one of her customers who’s not been seen lately. The city is for tourists only as Florentines head for the relative cool of the Tuscan Hills for the summer. But Cellini remains and sweats! A Darkness Descending (2013) delves into the murky world of Florentine politics while the final book in the series, The Viper (2020), takes PI Cellini to La Vipera, a derelict farmhouse just outside Florence that was once home to a free-living commune. All-in-all a fantastic series that really gets under the skin of Florence.

And talking of series there’s also Michele Guittari’s Chief Superintendent Michele Ferrara books set in Florence and very popular in Italy. Book one of six, A Florentine Death (2009) introduces Ferrara, distrusted by his superiors, and pilloried by the media but still investigating murders that invariably find their way back to the door of the Calabrian Mafia. Book 2, A Death in Tuscany (2009) takes Ferrara to the Tuscan hill town of Scandicci to find a missing girl. In other books Ferrara detours to Calabria to face down the fearsome organised crime group, the ‘Ndrangheta, but he’s back in the city for the murder investigation, The Black Rose of Florence (2012). And finally, Book 6, The Dark Heart of Florence (2013) a serial killer who has been stalking the city is killed but then a senator is found brutally murdered. If Ferrara’s investigations have the ring of authenticity for the reader then perhaps that’s because Guittari, before becoming a crime writer, was head of the Florence Police Force from 1995 to 2003 and famously jailed several key Mafia figures.

And finally, we should mention a true crime book, as it’s a particularly good one. American crime writer Douglas Preston and Italian journalist Mario Spezi’s The Monster of Florence: A True Story (2008). The book traces a notorious series of murders that occurred between 1968 and 1985 and involved couples who were killed while having sex in their cars in deserted lanes around Florence and the surrounding Tuscan Hills. Investigating the crimes, at one point Preston and Spezi (who were living in the city) actually became suspects with Italian prosecutors accuse them of obstructing justice and perhaps being accomplices of the killers. Incidentally it was Michele Guittari (see above) who was the Florence police chief responsible for re-opening the Monster of Florence case – art imitating life and all that…!!

Florence – go for the art, the architecture, the Renaissance feel – get accused of mass murder. Holiday makers and culture vultures beware, there’s more to Florence than you might suspect. 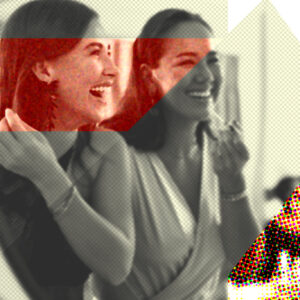 Female friendships can build us up, tear us down, define us, or destroy us. From best friends to toxic friends, having such...
© LitHub
Back to top