One of the things I love most about writing historic mystery thrillers is the ability to reveal forgotten or hidden history, bringing it all back to life. My Art Deco Mystery Series has so many gems and I’m excited to share them with you. 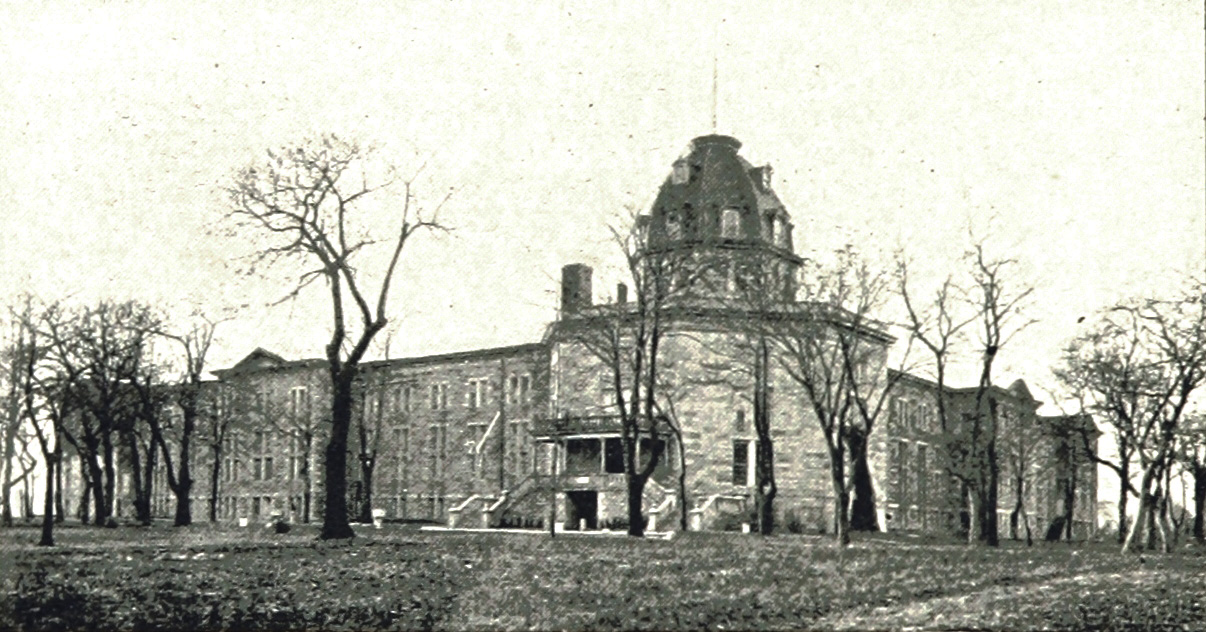 Introduced in my first novel The Silver Gun, we are taken back to this infamous place sandwiched between Manhattan and Queens on Roosevelt Island, where Nellie Bly, female investigative reporter, infiltrated it by getting herself committed to the asylum in 1887. No one had gone to such lengths before and her efforts revealed the horrors within and the abuse of the mentally disabled (and some not!) patients. In The Pearl Dagger, we get to see inside once again. Now, the asylum has been transformed into an apartment building complete with pool and tennis courts. How would you like to live there? 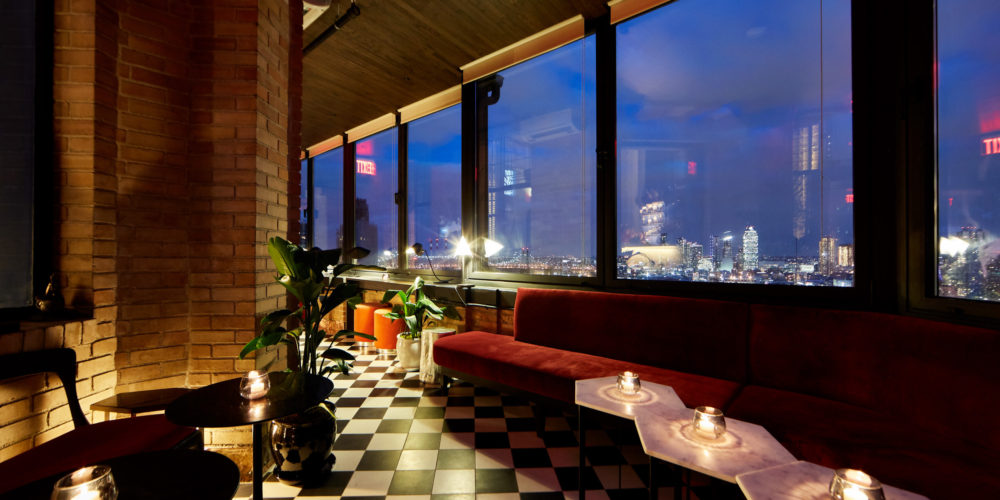 In the twenties and early thirties, the Ophelia Lounge was a women-only venue—one of the only bastions of style that flew in the face of the many men-only lounges. In The Pearl Dagger, Lane takes Finn there for drinks since they opened up the rooftop Art Deco lounge to men. Today, Ophelia Lounge is still very much alive and gorgeous! At the top of the Beekman Tower on First Avenue at 49th Street, you can still enjoy 360 views of the city, velvet settees, a bar to die-for, and vintage cocktails with pizzazz. 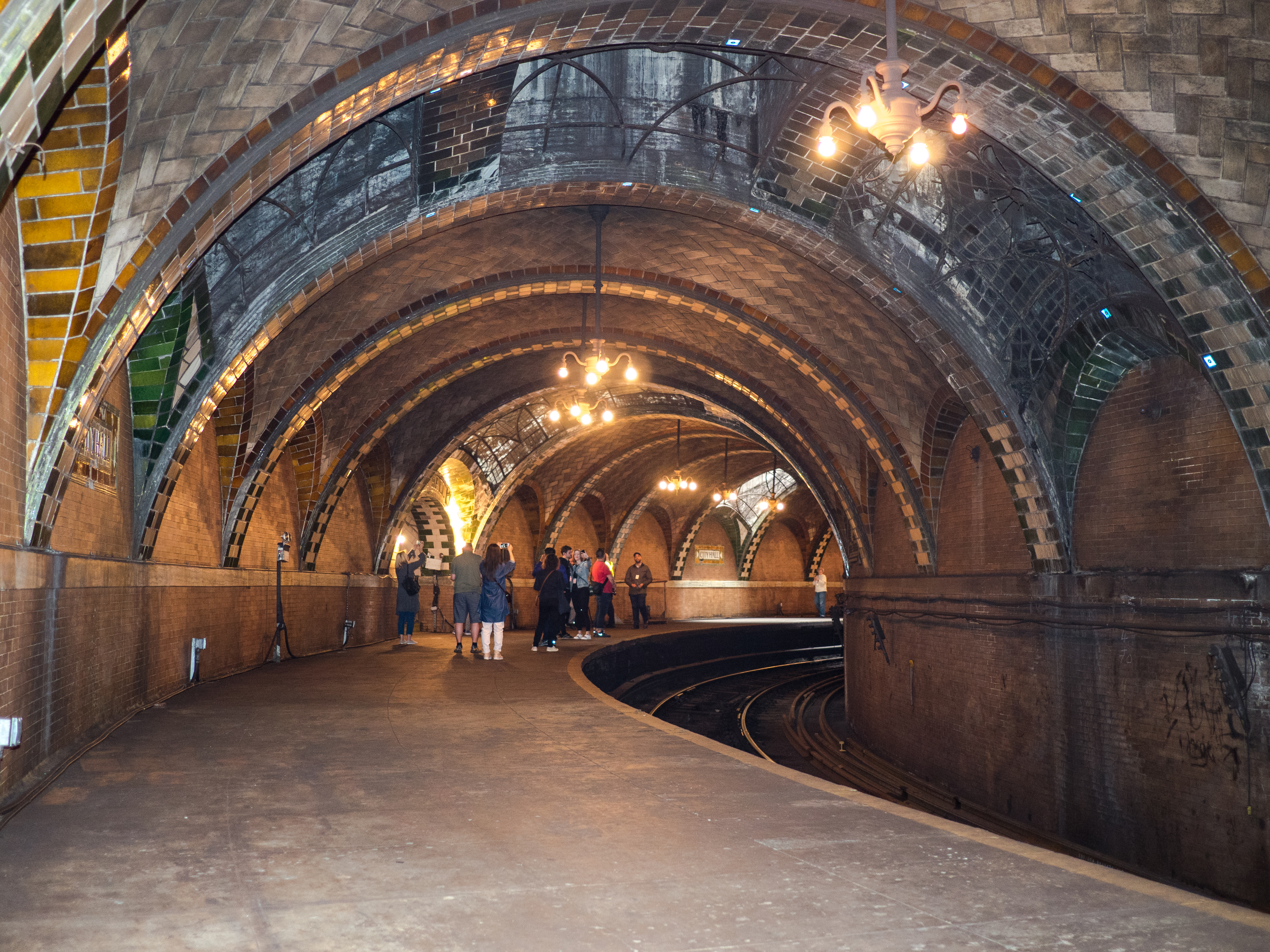 During the time which my books are set, there was a subway station right under City Hall. Opened in 1904, it was absolutely stunning, created to be a masterpiece of the New York architecture and design. With incredible arches, Guatavino tiles, skylights and massive chandeliers, it’s a site to behold. It is now closed, and the tours to see it are almost impossible to attend due to massive popularity.

However, you can still see it from the 6 line! Here’s the (totally legal) trick: go downtown on the 6 line. It officially ends at the Brooklyn Bridge stop, but stay on. The train then continues and uses that City Hall Station as a loop to then go back uptown. You will loop around and get back to the Brooklyn Bridge stop, but now ready to go uptown. As the train makes a screechy, hairpin turn, look out the windows and see the station that has ghost stories galore intertwined with its history. You can relive the station in The Pearl Dagger, when Lane sets up a conversation there with a nefarious criminal. 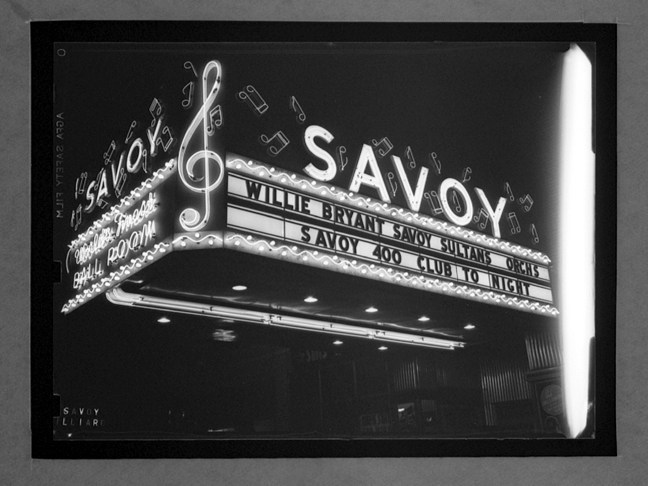 The first intentionally integrated dance hall with a four-thousand capacity occupancy, The Savoy was perhaps the only place in the country where black hands joined with white hands and everyone only had eyes for the fancy footwork. Total joy. With two band stands at each end, a spring-loaded floor, and pink walls, the place was sold out the first night with a line out the door several blocks long, and it stayed that way for decades. Lane and Finn and the gang spend many nights there dancing the night away. 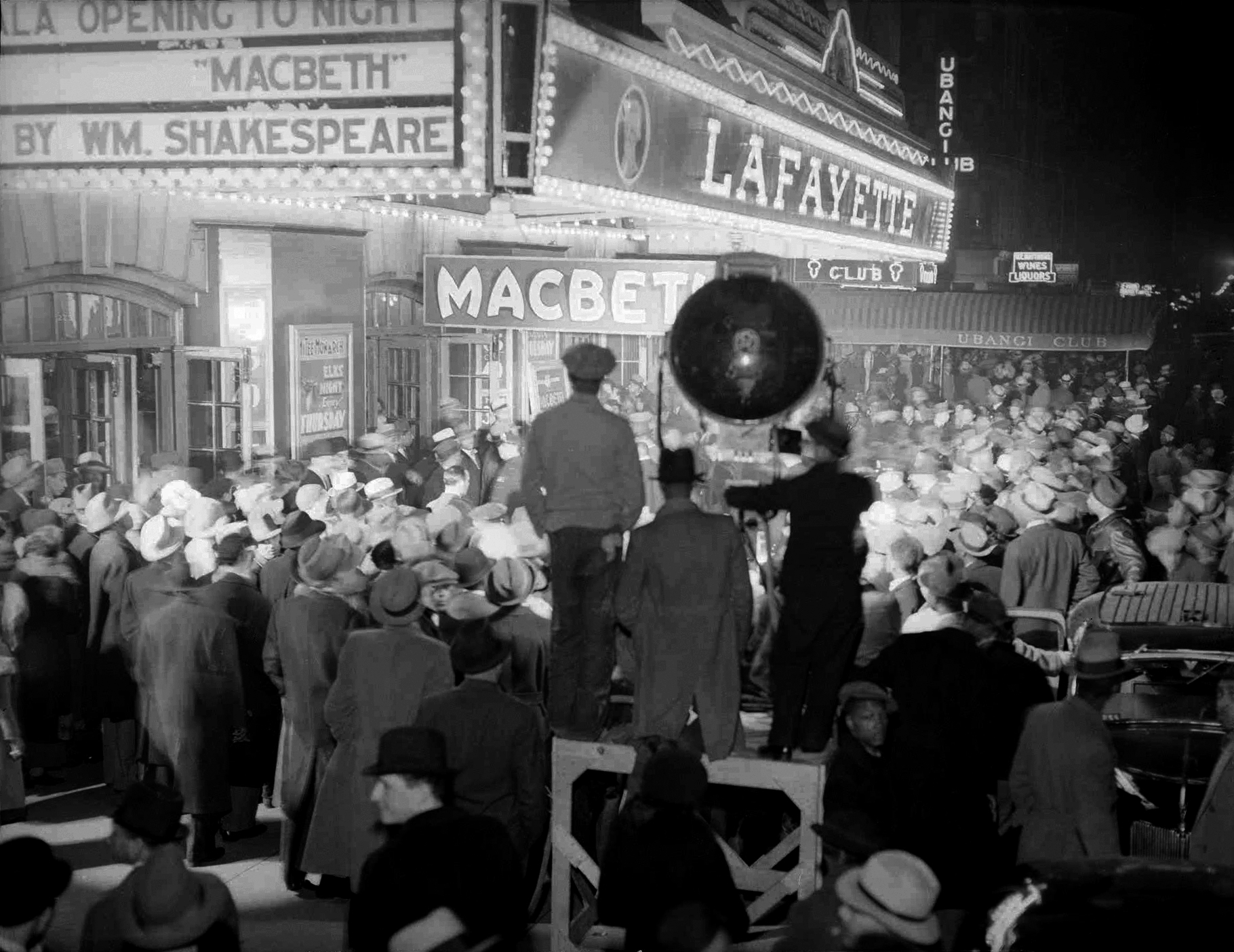 Voodoo Macbeth at the Lafayette Theater

In 1936, Orson Welles (all of twenty years old) worked with the Federal Works Project and created the first all-black theater cast, playing Shakespeare’s Macbeth. Despite the incendiary racial tensions, and critique from both the Shakespeare purists and the black and white citizens alike, Voodoo Macbeth was wildly successful—it sold out for weeks and toured the nation. In The Pearl Dagger, Finn is profoundly touched by the play as it mirrors some of his own inner conflict. To help us all get to relive that seminal point in history, I have a culmination scene at an actual performance where you’ll get to enjoy a small part of the masterpiece, including some of the real-life actors. At the end of his life, Orson Welles said that he felt that it was his most powerful contribution. 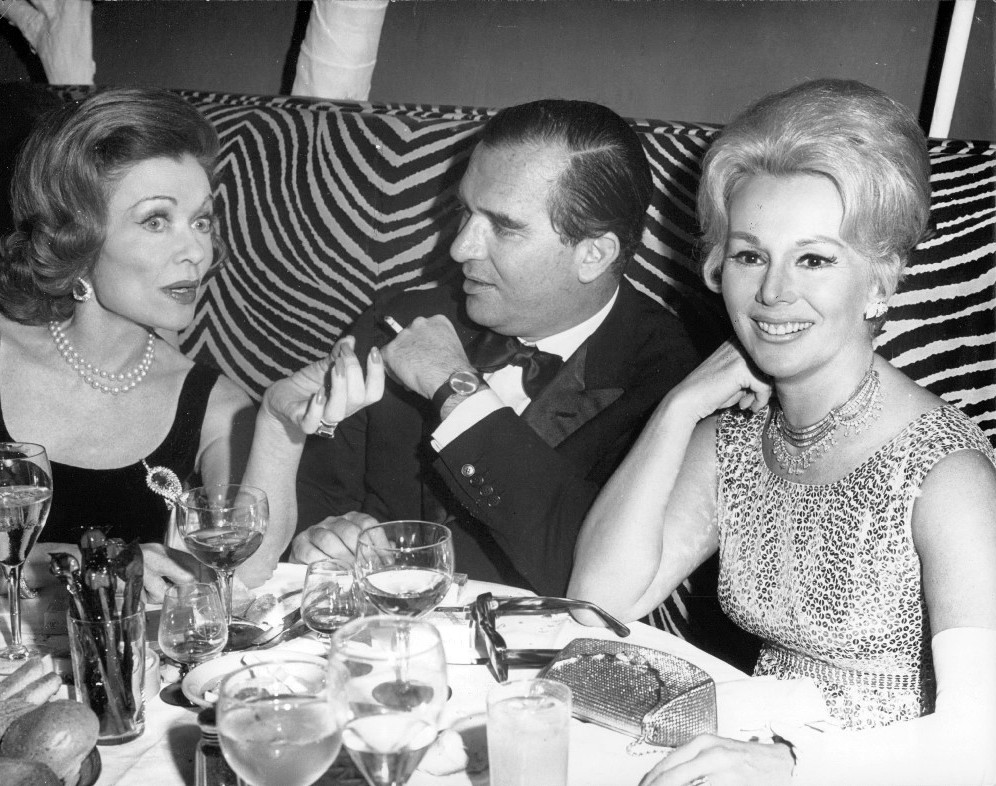 The Elmo, as the El Morocco was called by the social elite, was on 54th Street between Third and Lexington Avenue. It was where the socialites went to be seen and its signature zebra settees were an instant sight of recognition in all the papers. Lane and Finn get to go to this place and enjoy the ambiance after Aunt Evelyn uses her significant influence to get them in. The Elmo positively overflowed with furs and money, and some of the wealthier patrons actually sent their maids with a wardrobe change so they could have a new look halfway through the evening. 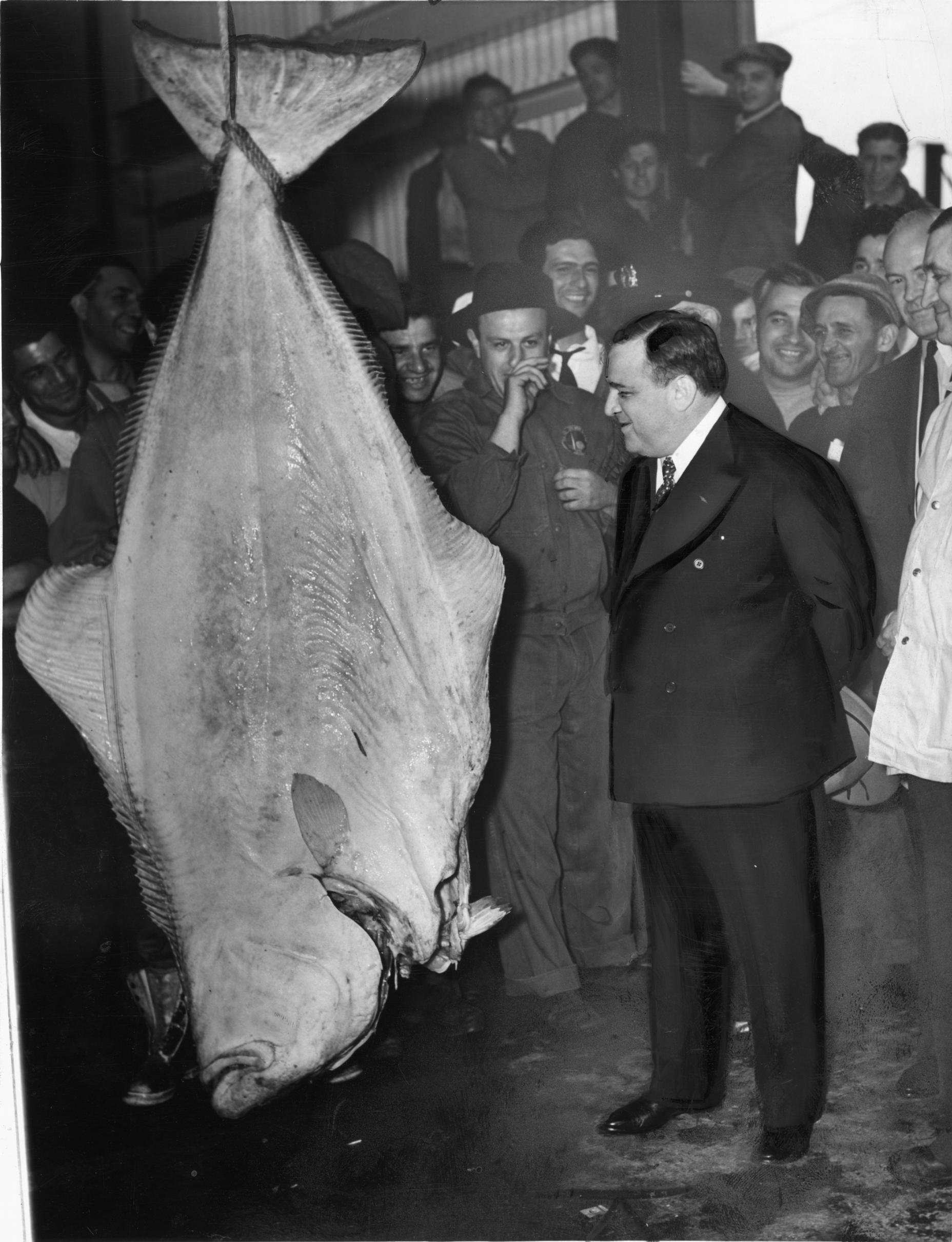 Most people are surprised about the bigger-than-life Fiorello in my books. I assure you, even with my spectacular scenes, I probably am just scratching the surface of his personality and how he affected the city and the world. He was a double minority, half-Jewish and half-Italian. He could speak over seven languages fluently and I have many, many scenes that happened in real life. In The Pearl Dagger, you will get to see him ransack a relief station that was not treating his citizens with respect. I found an article from a reporter who had been an eyewitness and you will not believe the swagger the five-foot-two mayor displayed! The tone of my books takes on that spirit of his, to exemplify how his artful and spectacular way of life impacted the city. He is endlessly surprising.

These places and people are part of our history, and I hope you enjoyed them all as much as I have. Thanks for coming with me on this journey

L.A. Chandlar is the author of the art deco mystery series. Her second in the series, The Gold Pawn, is now out from Kensington Books. She lives in New York City with her family. Visit her at lachandlar.com. 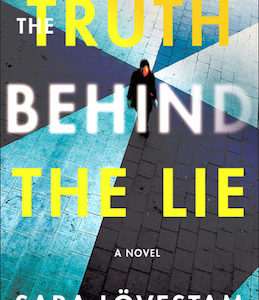 Kouplan has a peculiar relationship with his heart. He’s training it. He’s the coach of his own heart, and he commands...
© LitHub
Back to top