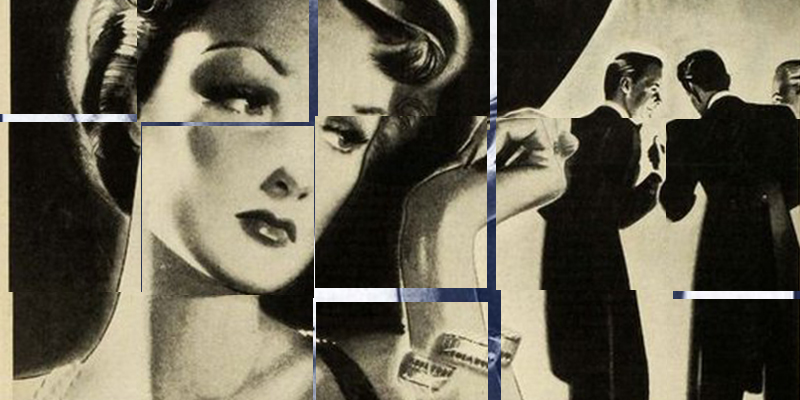 Darby Kane Started Out In Romantic Suspense. Then She Got Angry.

To clarify, this isn’t an admission of a crime. I’m not talking about a long-hidden, keep-dead-bodies-in-the-basement kind of evildoing. As if I’d admit that here… This is about an anger, bone-deep and repeatedly reinforced and fed, that leads to the realization that what’s fair and what’s wrong isn’t equal or a bright line. An anger that whispers enough is enough as visions of vigilantism to creep in.

The frustration starts simply enough. Every time a rapist receives a punishment that starts with “we don’t want to ruin his life…” and ends with limited or no jail time, or a man murders his family and the story discussing the details carries a hint of “he was driven to it” as an explanation, or death is delivered by those meant to protect and is then discounted or ignored due to the victim’s skin color, what is tolerable changes.

Maybe this explains one of the reasons why women are the largest consumers of true crime and thrillers. We’re seeking justice and satisfaction. Looking for answers. Trying to figure out how to identify dangers and dangerous people on paper before we run into them in real life. If only that worked. But if reading, watching, and learning about cases, real and not, makes women smarter and more proactive, excellent. That doesn’t make the path of destruction worth it, but at least it can serve some positive use.

Different people are angry about different things. That’s fair. Political battles, personal battles and an ongoing pandemic invite anger. Violence and feeling a loss of control ratchet up that anger. A lot of women passed the usual level of daily anger miles ago on the way to full-on, head-exploding rage. That rage more and more is a defining feature in books, television shows and movies. After so much private seething, it’s leaking out…and finding a welcoming home in fiction. A perfect outlet for rage because it’s a safe landing.

Five years ago wasn’t the first time my anger flared, of course. It’s more like that’s the point where my anger morphed into a near-constant state of mind. A dominating force.  It festered and grew and turned into doomscrolling and frustration. Every day, a new piece of news led to a “this can’t be happening” response. Shoving all of that down and ignoring it became part of my daily routine.

During this time, and for about ten years before that, I wrote romantic suspense. Romantic suspense, as with the entire romance genre, aims at meeting the reader expectation of a happy ending. A promise that even after throwing the characters into dangerous—sometimes seemingly impossible situations—they fall in love, overcome, and thrive. A genre that is much harder to write than many think. Try developing a great romantic love on the page while having the characters hunt down danger, avoid death, and solve…something…and do it in 80,000 words, and you’ll see. When would people tracking a serial killer realistically sneak in a kiss? When would it be smart for a couple on the run stop and have sex? Not questions most of us ask in real life (probably) but romantic suspense authors ask on every page.

Being angry isn’t a natural partner with writing romance, or it wasn’t for me. Others do it and do it brilliantly. I wanted to find a place to park all that anger and write endings that didn’t guarantee happiness…and a thriller career was born. One that attacked two semi-related falsehoods: women are nicer by nature and justice is a bright line we might not be able to define but we all agree on what it is. As a former trial lawyer, I knew both ideas were laughably naïve, yet they persisted. Basically, I wanted to let the women in my books be angry. Flawed, frustrated, furious and unforgiving. And, most importantly, the focus of the story.

Women do bad things. Seems obvious, right? Growing up, a lot of the mysteries and thrillers I read limited women to the roles of girlfriend, assistant, plucky sidekick, or victim(s). Women didn’t get to be angry or be the protagonist. Not always, but often. Note:  the previous sentence is a one-time disclaimer you can pretend applies to every paragraph in this article.

Women deserve more than that (I feel like I should add “of course” here). Female characters should be multi-dimensional. Smart, powerful and, for many, exhausted and angry with battling rules and a system that make them less safe. Not nice. Not perfect. Not free from bad decision making. Not fragile. Not stuck in reactive-only mode.

Fiction allows for that refreshing course: women who define justice their own way. Women who use trauma as fuel and view vigilantism as an option. They aren’t running from serial killers. They are the serial killers. They aren’t secretly battling abusive spouses. They’re eliminating them. Sometimes they kill for a purpose and sometimes they don’t. The point is they don’t always need a relatable reason. We don’t demand that of male characters. Female characters should get that shot, too.

These women characters are conniving and plotting, devious and clever. They do bad things on purpose. They have nasty thoughts and not only own them, but they also act on them. They create their own justice and ignore the idea of due process. They get to be the lawmaker, judge, jury, and prison guard. They destroy—hopefully, forever—the idea that women (in fiction and not) must be likeable and nice.

Does this make these rich, female characters deliciously angry or evil? You get to decide, but it’s amazing how often the answer to the question depends on how sympathetic the angry woman is and why she’s so angry. Sometimes facts allow for forgiveness or even support, despite how we usually define fairness and justice. In these books, women are as corruptible and mean, determined and vengeful, as men.

I’ve written three thrillers and think of each one in terms of female rage. Pretty Little Wife, in which a wife kills her husband. That’s not a spoiler. The book isn’t a whodunnit. The reader knows from early in the book (or reading the back cover copy) she killed him. The questions focus on why, who took his body, and what is the bigger picture. I think of this book as don’t tick off your wife.

In The Replacement Wife, my current release, a nice woman with a very nice life realizes her beloved brother-in-law life might not be who she thinks he is. The women in his life die or disappear, and she must decide if and how to upend her life to find the truth. I think of this book as this is what happens when you mess with women.

The book I just finished writing is about a secret group of professional and powerful women who believe the justice system has failed (sound familiar?), so they create one of their own. The book will be out in late 2022, and I think of it as the women are done with nonsense.

None of these characters, these rage-filled women, are perfect. They fail and make bad decisions. They get things wrong and get sucked in by power. In other words, they get to be real. They get to steal the spotlight. They’ve earned it. Their missteps are refreshing and open a whole new way to vent that consuming rage.

You might not want to be friends with, or married to, some of these women, but they are fun to watch. I can’t be the only one who loves to see a female character fight back or cheer as she gets her revenge. As a fan of Agatha Christie’s And Then There Were None, I smile every time a modern spin on the locked-in thriller ends with a woman as the killer. Why? Because women can and do.

Whether this wave of fictional vigilantism is good or bad, I don’t know. I’m not making the call. Part of the point of this article is to say the line between good and bad might not be as clear and shiny as we want it to be (or thought it was). Books that focus on women doing wrong provide cathartic relief. A place to vent all that rage. They provide a shared sense of schadenfreude toward the characters that push these leading ladies to the edge.

If you want nice women, sitting in the background, being nice and doing nice things…why? But really, if you do, thrillers center around female rage might not be right for you…but they are perfect for me. 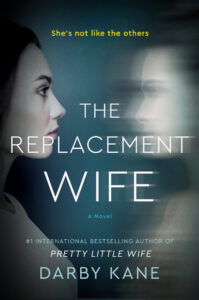 Darby Kane is a former trial attorney and #1 international bestseller of domestic suspense. Her debut book, PRETTY LITTLE WIFE, was featured in numerous venues, including Cosmopolitan, The Washington Post, The Toronto Star, Popsugar, Refinery29, Goodreads, The Skimm, and Huffington Post. A native of Pennsylvania, Darby now lives in California and runs from the cold. When she's not writing suspense, she can be found watching suspense, thrillers, and mysteries. You can find out more at darbykane.com. 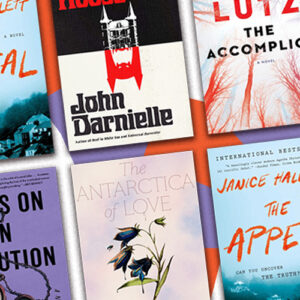 A new year, a new you, and a whole new set of books to read! Check out the site later in the week for our full preview of the most...
© LitHub
Back to top