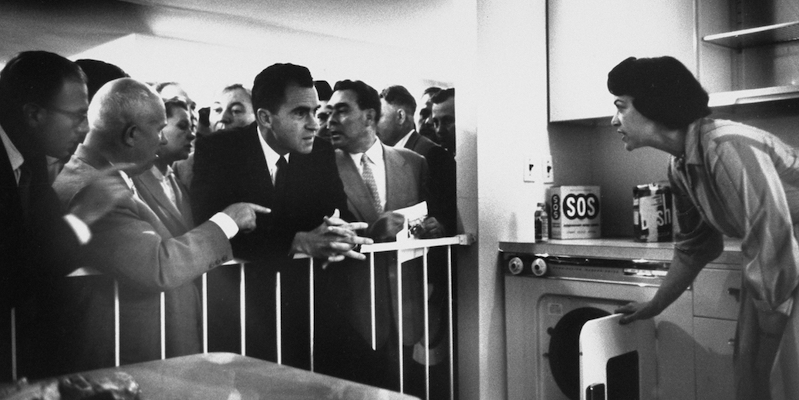 Getting to Know My Aunt Through Her Cold War Cookbook

How a comforting family relic gave birth to a new story of espionage, intrigue, and adventure.

It began with the chance discovery of a cookery book. My aunt had recently died, and I had been appointed the executor of her estate. I was going through her things when I found a cookery book on top of a cabinet in the kitchen. It was of the kind that used to be given away with gas cookers. The spine had long since broken and it was held together by tape and a petrified elastic band. Slotted between pages was a trove of newspaper clippings and handwritten recipes. I recognized my mother’s writing, my aunt’s, and what I presumed to be my grandmother’s. They had swapped recipes, as many women did then and still do today. I’d been through all my aunt’s papers and found no letters between them, although surely she must have written to her family, and they to her. The only record of any kind of exchange was this scattering of recipes. As such, it seemed important, precious even, so I carefully closed the book and put it aside to keep.

I kept other things, too: my aunt’s passports, her photographs, postcards, guidebooks to the different places she’d visited. A record of her life.

My aunt never married. She had been a teacher and, eventually, a headmistress in Coventry. She had studied German and was stationed in Lübeck after the Second World War, serving as an education officer with the Control Commission in the British Zone in northern Germany. The Control Commission was tasked with bringing some kind of order to a country whose infrastructure had been all but destroyed by the war.

Even though I was very young, I remember her coming home on leave in what must have been the 1950s and bringing me things: a felt monkey, a carved bear. I remember having to go on the bus to visit my grandmother because Aunty Nancy wasn’t there to look after her. In our photograph album, there were photos that my aunt must have sent from Germany: ruined cities and sunken ships. Strange, alien, shocking in an album of family snaps.

Even as a child, I sensed the resentment felt by the rest of the family, particularly my mother. Aunty Nancy had transgressed in some way, they seemed to believe, confounding social and familial expectations that the unmarried daughter should stay at home and look after my elderly grandmother. Instead, she went to Germany . . . for years. As an adult, I came to understand what an exceptionally bold and brave move it was, and I admired her for it.

All this was a long time before I began writing, but perhaps even then, I had a writer’s awareness that there was a story here. I didn’t know what that story was yet, but the idea never really left me. Rather, it lay dormant; then, on a visit with my daughter to the Imperial War Museum in London, it came back to me.

I was a published writer by then and was doing some research for a young adult book. We were in the gallery devoted to espionage: the Special Operations Executive (SOE) in France, codes and code breaking, Bletchley Park, and the Cold War. There was a small section featuring the Control Commission in Germany, which was described as a hotbed of spies. I remember saying, “What if Aunty Nancy was a spy?” It was a joke, but as soon as I’d said it, I got that odd tingling feeling that comes with an idea. I thought, That’s it! That’s how I can connect it all together—family history, my aunt’s life, the cookery book, the photographs. It wasn’t impossible. One of my aunt’s cousins had done something in the War Office. She had spent time in Germany before the war. I remembered talk of a young man, Karl, who had stayed with the family in the 1930s but was never spoken of again after the war. A story began to form, and I knew it would be a book and I knew it would be for adults. The idea has changed and changed again since then, and fiction inevitably pulls away from real life, but not entirely. A character rather like my aunt is there, at the center of the story, and so is the Radiation Cookery Book. 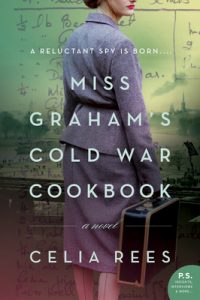 Celia Rees is an award-winning YA novelist who is one of Britain's foremost writers for teenagers. Her novel Witch Child has been published in 28 languages and is required reading in secondary schools in the UK. Rees’s books are published in the US by Candlewick and Scholastic. Miss Graham's Cold War Cookbook is her first adult novel. A native of the West Midlands of England, she lives with her family in Leamington Spa. 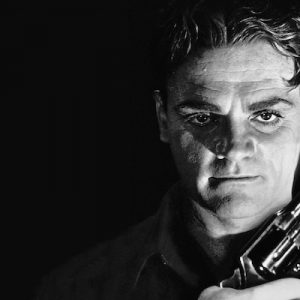