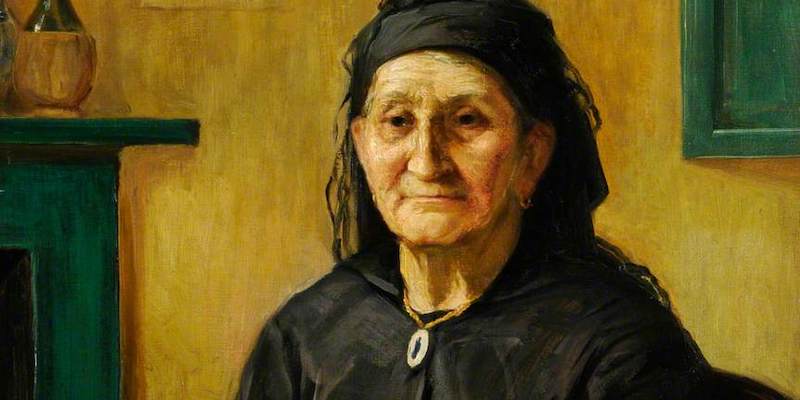 Godmothers Are the Original Gangsters

At signings and book club events, the question that comes up most often is, “What made you decide to write this novel?”

The inspiration for The Godmothers didn’t come from a single source; it was more like the spokes of a wheel coming together in one pivotal spot. And as I was researching and writing this “New York” novel, I found my “center of the wheel” when I stumbled across a quote from Mario Puzo who revealed the true inspiration for his novel, The Godfather.

He said: “Whenever the Godfather opened his mouth, in my own mind I heard the voice of my mother. I heard her wisdom, her ruthlessness, and her unconquerable love for her family and for life itself, qualities not valued in women at the time.”

I was stunned. Like many people, I’ve enjoyed the whole Godfather phenomenon, especially Francis Ford Coppola’s iconic movie, with its beautiful Rembrandt-like painterly tones of mahogany, gold and yellow; and the brilliant acting from the entire cast; and not only the music but also the subtly powerful sound effects, such as the baker Enzo’s footsteps echoing down the hospital corridor.

But for fifty years, The Godfather story has been considered a “man’s man” kind of picture. Author and filmmaker Nora Ephron said that most of the men she knew had memorized all the film’s best lines. Ephron even put this insight into one of her own films, in which the hero tells the heroine that, to guys, “The Godfather is the sum of all wisdom.”

And now I’d found out that it was really about the wisdom of Mario Puzo’s mother! Well, go back and watch the movie with that in mind. Puzo also noted, “The Don’s courage and loyalty came from her; his humanity came from her . . . without Lucia Santa, I could not have written The Godfather.” I knew exactly what he meant about how a woman’s intelligence and courage were “qualities not valued at the time”. When I write historical fiction, I’m not really interested in taking the point of view of the famous figures of history. Instead I like to imagine what it was like for “regular” folks who just happened to bump into the movers-and-shakers of their time —from the famous to the infamous!

I’d already decided to set my novel in the 1930s through the 1950s; when I worked in television in Manhattan I could almost feel the presence of that glamorous, dangerous, bygone era still clinging to the old buildings. I’d also heard stories from elder colleagues who lived through that period, when gangsters mingled freely with the city’s illustrious citizens.

Another “spoke in the wheel” that inspired me was an incident in Elena Ferrante’s novel, My Brilliant Friend. When the fearsome female loan shark was murdered, I couldn’t help wondering what would have happened if Lila, the “brilliant” character, had taken over that loan book.

So in The Godmothers there is a big moment when Filomena, the main character in my novel, is put in charge of a secret ledger that controls many of the loans and debts of her neighbors in Greenwich Village.

Filomena was partially inspired by my eldest aunt, Rose, who had a special gift of being able to speedily add up long columns of three-figure numbers in her head without aid of pencil and paper. Aunt Rose was also a captivating storyteller, a graceful dancer, and a beauty—a combination that, as her sisters told me, was in those days called a “knockout”.

As a young woman, Rose grew up in the genteel Westchester suburbs, which, back then, were so quiet and sedate that nightlife existed chiefly in carefully calibrated country club events. So a short trip into Manhattan was always an adventure for her. She loved visiting the stylish department stores, the theatres, ballet and concert halls, and swanky night clubs, where you’d run into socialites, movie stars, famous politicians, radio personalities . . . and the occasional mobster.

That actually happened to Aunt Rose, who unexpectedly encountered one of the most notorious gangsters of all. He wanted to dance with her, and he “followed her around” until she did.

“Which gangster?” I asked my aunt.

“The one that got shot dead while he was sitting in the barber chair.”

The hotel barber shop where Albert Anastasia, the head of Murder Incorporated, met his violent end, doesn’t offer close shaves any more—the Park Central Hotel is still there, but the barber shop became a Starbucks. And the “social club” in Greenwich Village where mobsters held court is now the Sullivan Street Tea and Spice Company. But, although much has changed, remarkably, many of the landmarks of this period still exist in one form or another: Bergdorf Goodman’s, the Copacabana, the Majestic apartment building, Coney Island, Balducci’s Market, the Plaza Hotel.

So for my novel, I imagined what might happen if a heroine like my Aunt Rose had three bright sisters-in-law—women who came from very different backgrounds but are united by marriage in one elegant, prosperous family: an Irish nurse, a Barnard graduate, a dreamy French girl. Each has her own secrets that she dare not reveal.

How would such women learn to relate to one another when they become sisters-in-law? Do families welcome the person from “the outside” and accept them as a full-fledged member? Or do the newcomers have to pass certain tests to be fully loved and respected? And what would happen if they had to band together to protect their family from the likes of Albert Anastasia, Lucky Luciano, Frank Costello and Tommy “Three-Finger” Lucchese?

I also loved the concept of godmothers. Think of the importance of the fairy godmother in children’s stories! She offers alternatives so that you don’t give up when the world is dealing you a bad hand. Imagine if four women who were godmothers to one another’s children pooled their resources.

So, with all these ideas coming together, The Godmothers was now—as they say at the racetrack—“off and running.” It’s an homage to all heroic and under-rated women in America. As soon as I let these loving, brave females out of the starting gate, they were free to be the champions they’d truly been all along. 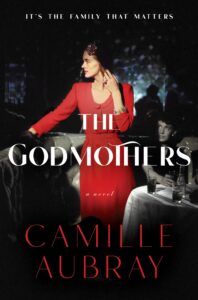 Camille Aubray is the author of the forthcoming novel THE GODMOTHERS, and COOKING FOR PICASSO which was chosen for People Magazine’s Picks for the Best Books of the Year, and the Indie Next Reading Groups List. Visit the author at her website: camilleaubray.com. 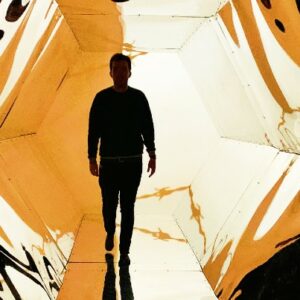 As soon as I started writing The Body Double, I seemed to discover doubles everywhere—in literature, movies, and even the tangled...
© LitHub
Back to top