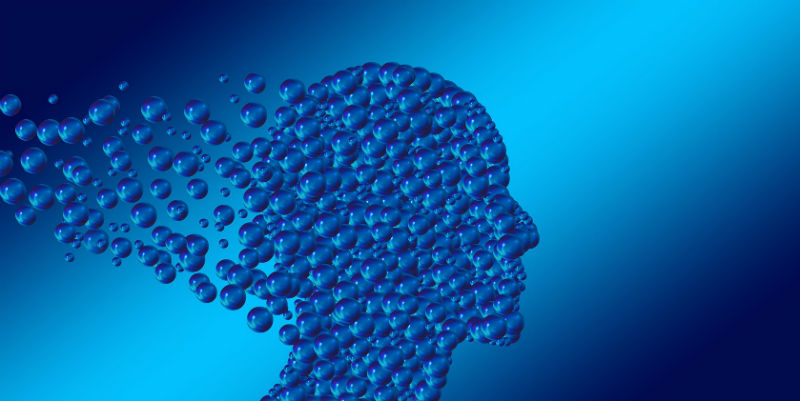 Grappling with PTSD
in Crime Fiction

Growing up in North Toronto, I had a long commute to school that I survived because of books. From the time I was twelve, I spent between two to three hours a day in transit; in the mornings, I’d study, but on the trip home, I’d usually read novels.

That changed when I was twenty-two and working at my first job out of college. The decision to stop reading wasn’t a voluntary one, but it had suddenly become impossible to concentrate on a book while surrounded by strangers. I was still living in my parents’ house and still facing the same commute, but in the wake of a violent attack on my workplace, I was wary of strangers in public spaces. I was examining each one, wondering which of them was planning to attack next.

These thoughts haunted me whether I was awake or asleep. For a long time, I didn’t accept that I had posttraumatic stress disorder; I thought that was a condition that only applied to soldiers, because that was what I’d encountered in movies and books. But, more than that, I didn’t want to have PTSD, because those same books and movies had shown me that PTSD was a realm of broken people, and I was sure that I didn’t belong there.

Not long before the attack in my office, I’d seen a film called Story of Women, about the last woman in France to be guillotined (based on the life of Marie-Louise Giraud, put to death on July 30, 1943 for performing abortions). What my mind kept coming back to wasn’t Giraud herself but her husband, who had been a prisoner of war and suffered from shell shock; in the film, he’s a repulsive figure who soils his pants at the sound of an air raid siren and is thoroughly humiliated by others for doing so.

I wasn’t like that, I told myself. I might be having paranoid delusions and nightmares that woke me up in a cold sweat, but I wasn’t that bad.

It took me a long time to process the trauma I’d experienced. Only in retrospect did I realize that it was so hard to talk about—at least in part—because representations of PTSD in popular culture tend to be so distorted. Besides the humiliated POW, the other example that came to mind was Marnie Edgar, played by Tippi Hedren in Marnie, the only Alfred Hitchcock film I can’t rewatch (Marnie’s PTSD from childhood sexual abuse—trigged by rainstorms and the color red—is cured by her new husband raping her? HELL NO.)

But the idea of PTSD breaking a character wasn’t the only disturbing stereotype. Books and movies prominently featured the PTSD-fueled psychotic killer. And for that, I can only blame Rambo.

Most people have seen at least one Rambo film, in which John Rambo racks up a massive body count of bad guys. David Morrell’s novel First Blood, which Rambo was based on, is the most passionately anti-war novel I’ve ever read. Written in 1968 at the height of the Vietnam War, it’s a story of a veteran whose mind has been permanently altered by the battlefield. In the book, Rambo is back in the US but has a flashback to Vietnam, and it sends him on a remorseless killing spree that is utterly horrifying. Rambo never reverts back to anything resembling a non-psychotic state. After the flashback, he kills again and again and again. (If you are used to thinking of Rambo as the hero of the story, you will have to shelve those sentiments to read the book.)

Morrell wasn’t aiming to write a realistic account of life with PTSD; he was writing a novel to explain the nightmare of war, every bit as much of a cautionary tale as Dalton Trumbo’s Johnny Got His Gun. (To be clear, PTSD wasn’t a factor in Trumbo’s book, because his veteran had lost his arms, legs, and face and was trapped in a hospital bed.) But the success of the first Rambo film led to a host of imitators who didn’t care about Morrell’s anti-war message. It spawned a genre of PTSD-spawned killing machines, a genre that’s still going. Some of these do dig deeper: Marvel’s recent reinvention of The Punisher explored issues around PTSD and how painful it can be for former soldiers to transition to civilian life. But the body count seems to be the real appeal.

The third popular characterization about PTSD is that people with it are malleable and easily manipulated. The V.C. Andrews novel My Sweet Audrina would be a perfect example. Unlike First Blood, it was written after PTSD was added to the DSM-III. My Sweet Audrina’s main character was traumatized by a brutal gang-rape—a detail that was realistic, since roughly half of all rape victims develop PTSD. But that’s about it for positive things I can say about this book. In it, PTSD makes a girl’s brain so dysfunctional that her parents engineer an operation worthy of the team of Soviet scientists in the Manchurian Candidate, making the girl believe that she is another person altogether, and years younger than she actually is. (In spite of my affection for the Flowers in the Attic series, My Sweet Audrina was terrible enough to put me off VC Andrews books forevermore.)

All three point to a problem with writing about PTSD: in fictional accounts, mental illness tends to define a character’s personality.

The worst part of reading these mischaracterizations was worrying that others would mistake fiction for truth. All three point to a problem with writing about PTSD: in fictional accounts, mental illness tends to define a character’s personality. This is nothing new: Agatha Christie used mental illnesses to great effect (think of the paranoid schizophrenic in Appointment with Death). Read Patricia Highsmith’s Ripley novels, or Dorothy M. Hughes’ In a Lonely Place to watch a sociopath in action. Read Margaret Millar’s Beast in View for multiple personality disorder. Really, read any of the novels of Ross Macdonald for a thorough study of dark psychology.

But PTSD is usually not a lifelong diagnosis, though it can become chronic. PTSD—as Posttraumatic Stress Disorder—was added to the DSM-III in 1980, defined as a mental disorder that can develop after a person is exposed to a traumatic event, such as war, sexual assault, or other threats on a person’s life. Its symptoms can include disturbing thoughts, feelings, or dreams related to the events, mental or physical distress to trauma-related cues, attempts to avoid trauma-related cues, alterations in how a person thinks and feels, and an increase in the fight-or-flight response. These symptoms last for more than a month after the event.

Even in that brief definition, you can see how fluid PTSD is: it can last for months or years, it can be acute or chronic, and it can manifest while a person is awake or sleeping. In an earlier age, it was known as “shell shock” and it was associated exclusively with the horror of war. The more modern definition understands that trauma occurs in daily life, too. But the reality of PTSD is that it’s situational. I’ve compared it to walking in a minefield, because you’re never sure where the next trigger might pop up. Those with PTSD often avoid panic attacks by avoiding their triggers.

While I was working on my latest novel, One Small Sacrifice, I became acutely aware of the real challenge of writing about PTSD. I’d explored the disorder in essays, but that was markedly different from including it in fiction. Alex Traynor, the main suspect at the center of the book is a war photographer who suffers from PTSD. The more time I spent with him, the more I realized his paranoia and panic attacks didn’t define him; they were events that may or may not occur on any given day. The truth is, PTSD doesn’t work as a plot device: it’s too random and chaotic. I realized I had to write about it the way that the Mayans looked at the stars; many of their constellations were formed by focusing on the dark spaces in the sky, not on the stars themselves. Writing a character with PTSD meant understanding the choices he made to avoid triggering it, whether escaping crowds or using his dog as a shield with other humans or self-medicating. PTSD episodes don’t define the character, but the determination to avoid them does.

Writing a character with PTSD meant understanding the choices he made to avoid triggering it, whether escaping crowds or using his dog as a shield with other humans or self-medicating.

As I wrote, I realized that I had encountered a crime novelist who understood the fact, and that was Dorothy Sayers. I remembered reading a Lord Peter Wimsey novel as a teenager, and I picked up The Unpleasantness at the Belladonna Club. Lord Peter himself was a World War I veteran who served on the front lines, and the book is filled with men who carry the mental and emotional scars of that war. It was almost surreal, to read about a time when PTSD — a label that didn’t exist in that era —was actually quite normal. In the novel, there are a few characters who are extremely critical of these veterans, regarding them as weak and unmanly; I was glad that Sayers included that perspective, because having worked with veterans myself, I was aware of the WWII label “LMF” that ended up in some soldiers’ files, a pejorative that stood for Lacking Moral Fiber. There are always those who mistake illness for weakness.

But my favorite part of the book is Lord Peter himself. At heart, he’s a romantic who likes to play matchmaker, a kind man who is remarkably thoughtful. But he’s also a former spy who sent men under his command on suicide missions. He’s a man who lives with trauma, but he’s not broken or psychotic or rendered soft-headed by it, even when his PTSD triggers are set off in the book. He struggles under the weight of the burden, but he continues to move forward, which is, ultimately, all that any of us can do.

Hilary Davidson is the bestselling author of seven crime novels, including One Small Sacrifice, Blood Always Tells, and The Damage Done. Her fiction has won two Anthony Awards and a Derringer Award, and her short stories have appeared in Thuglit, Ellery Queen’s Mystery Magazine, Mystery Tribune, and Beat to a Pulp. Her latest novel, Her Last Breath, will be published by Thomas & Mercer on July first. Visit her online at www.hilarydavidson.com.
https://www.hilarydavidson.com

8 Crime Novels You Won’t Find In The Crime Section

The State of the Thriller: A Roundtable Discussion 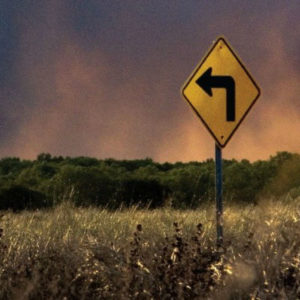 8 Crime Novels You Won’t Find In The Crime Section

If you love crime fiction and you still shop in bookstores—and I hope you do—you might be missing some good reads buried...
© LitHub
Back to top