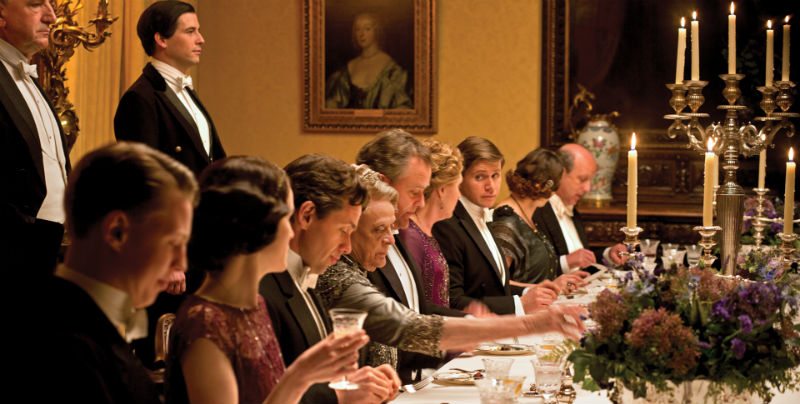 Growing Up with Stories That Would Become 'Downton Abbey'

Jessica Fellowes on the Details of History That Live Between Dates

When I was a young girl I spent many weekends with my grandparents at their house in Sussex. My father’s bedroom was still there, with toy soldiers on the shelf and a collection of Eagle magazines gathering decades of dust in the corner. His youngest brother—there were four of them all together—had not married, and would often be staying there too. Though he and my father were chalk and cheese, Julian and I got along like cheddar and brie.

What I loved most was hearing stories about the family, as gleaned by the curious and brilliant mind of Julian (many of which were later used in his magnum opus Downton Abbey). They seemed a strange and sprawling lot in the picture Julian drew, a litter of great-aunts and eccentric cousins, and of course they had grown up in what I thought was “the olden days,” making them seem very distant and apart from me and my life of cassette players, Madonna, and puff-ball skirts.

Now that my own seven-year-old son believes the olden days to lie roughly somewhere between the extinction of the dinosaurs and my childhood, I see that for those relatives it wasn’t so long ago. And indeed, it wasn’t—my grandfather was born little over a hundred years ago, yet the world he came into might seem unrecognizable to the contemporary eye. No televisions, no cars, no planes flying overhead; hats on every head seen outdoors and the flash of a woman’s ankle enough to give a man a funny turn. And yet… there are more parallels between then and now than there are differences. But I’ll come back to that.

In these stories by the fireside I came to learn history, though at the time it seemed to me utterly distinct from the dusty roll-call of dates that I was (not) learning at school. No, the Fellowes motley crew didn’t talk about the years of a prime minister’s reign or the complicated political disputes that had led to war, they talked about how they knew the difference between a melon spoon and a grapefruit spoon and no one cared anymore. They described a world where they saw a car for the first time at the age of 12, when they were taught all the Latin names of flowers, where butlers pieced together letters torn up and thrown in the wastepaper basket and if your horse was lame you said it had “broken down” in the field.

All this in turn created in me a deep and abiding love and fascination for that time, specifically the between-the-wars era. My twenties were spent reading novels written in that period. What riches! F. Scott Fitzgerald, Dorothy Parker, W. Somerset Maugham, Evelyn Waugh, Graham Greene, Antonia White, Marghanita Laski, Nancy Mitford… Later I discovered first-hand accounts of lives lived then—whether the lady’s maid for Lady Astor at Cliveden or Consuelo Vanderbilt, the American heiress who became the Duchess of Marlborough.

So while I may get muddled about the order of Henry VIII’s wives or the dates of statute legislation changes in Britain, I do know that Lady Astor became the country’s first female MP to take a seat in the House of Commons because her butler, Lee, urged her to “go for it.” I know that when the Duchess of Marlborough held a Saturday-to-Monday house party before the turn of the century, she needed 26 different dresses. And I know that Queen Mary was never known to show any emotion in public throughout the war, except once when she was observed silently weeping during the burial of the unknown soldier at Westminster Abbey.

In these minutiae, these people of the past become more human. We realize they are much more like us than different from us. Would we, even in such different circumstances, have behaved otherwise? I don’t think we can claim to, much as we might like to think it. This has become increasingly apparent to me as I see the parallels between today and the world of a hundred years ago.

In the post-war world of the 1920s, they coped with an onslaught of fast-developing technology that dominated and reshaped their lives: telephones, electricity, motorcars, radio, tanks, air travel, anesthesia and forensic science. Similarly, we are learning to deal with the effects of the internet, mobile telephones, space travel, and the human genome on the way we live, work and play.

Article continues after advertisement
Questioning the order of things was not only allowed but encouraged by even the highest-ranking politicians. Those who could not embrace these changes found themselves on the outside.

The First World War—a war fought largely abroad, by men who would struggle to articulate its impact on them when they returned home—is shadowed by the recent wars in Iraq and Afghanistan. The impact of five years of WWI was enormous: it hastened the dismantling of the class system that had propped up aristocrats as rulers for more than a thousand years. This was partly because the English army system promoted aristocrats to officers as soon as they started, the reasoning being that in a war you need people to obey instructions without question. And it was thought that a working-class private would unthinkingly carry out orders delivered by an upper-class officer, even if he was younger and less experienced. But in the dramatic and terrifying conditions of trench warfare, men were exposed to each other as equals in fear. Men who might have spent their lives working in the same village on the same farm or down the same mine, had traveled to France and fought a war. It began to occur to the working classes that they did not have to live the life of their parents and grandparents. Questioning the order of things was not only allowed but encouraged by even the highest-ranking politicians. Those who could not embrace these changes found themselves on the outside.

Women’s suffrage was advanced after the war but not because (some of them) were allowed to vote after 1919. Brutally, it was because there were fewer men alive after the war with a census in 1922 confirming there were two million more women than men in England. The newspapers referred to this as the “problem of the surplus women” and went so far as to suggest they be shipped to the colonies to find husbands; but instead this led to women going out to work to support themselves, changing the very fabric of the workplace, and giving single women an unchaperoned independence they had never had before. Without marriage as their only goal and measure of success, women were free to go to university (a quarter of the country’s undergraduates were female in 1922), fly planes or compete in sport and business. Not that this was without its challenges…You think there’s patriarchy and a pay-gap now? Try going out to work as a secretary in 1923, where you could barely even find somewhere to eat at lunchtime because a woman could not eat in a restaurant alone.

The war made life feel brutish and short, so for many survivors—and the younger generation who had not taken part—hedonism seemed like the best way to live.

The war made life feel brutish and short, so for many survivors—and the younger generation who had not taken part—hedonism seemed like the best way to live. For every person who grieved the dead, there was another embracing the new wave of thrilling music, nightclubs and cocktails. America led the way as an innovator of change—a breath of fresh air that blew apart the stuffiness of Edwardian England. Especially when it sent over its jazz musicians and their “hot dance music,” which took the nightclubs by storm. Hemlines rose, corsets came off and dresses were designed to move with the body as it shimmered on the dance floor. Nothing like it had been seen before.

And all this was lent an extra intensity when it became quite clear, not long after everyone had begun to get over the First World War, that there would be another. Women who had lost their brothers, fathers, friends and cousins in the First World War were soon to send their sons to the second. This happened to my own great-great aunt Isie: her husband was killed in WWI, their only child, their son, was killed in the second.

If you don’t remember the dates, it doesn’t matter. Just remember the gaps in-between. That way you can put yourself in their shoes and understand better why they did what they did, perhaps learn from their successes and their mistakes. And that for me, is history.

Jessica Fellowes is an English writer and freelance journalist, and is author of The Mitford Murders. 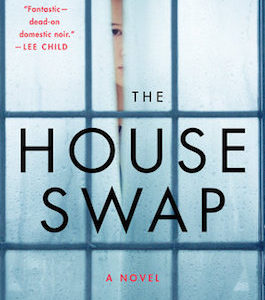 The key slides and turns in the lock, as smooth and slippery as a silverfish. Lying in bed last night, staring at the trembling...
© LitHub
Back to top