They say it’s the Golden Age of Television, but they also say: not all that glitters is gold. That’s why we’re here, every month, to dig through the annals of content, of crime story after crime story after crime story, to identify the gems among the masses. It’s October, and according to sixteenth century Puritan law, all TV to tickle the airwaves must be scary. Of course there are always dissenters, but for the most part, this month’s new and returning shows skew horror/supernatural. As usual, it’s a packed month, and you have your choice be it messy military ethics, total civilization overhauls, or any number of supernatural crimes. Just remember, nothing good happens in Maine. 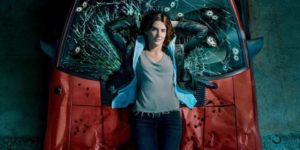 This hard-hitting PI show premiered at the end of September to a deluge of acclaim, so much so that it earned itself a seat on this month’s roundup. Network TV is making a hell of a case for itself here, putting all of us cable-snubbers to shame. It’s based on Greg Rucka and Matthew Southworth’s graphic novels of the same name, and stars Cobie Smulders (How I Met Your Mother) as Dex Parios, a bold US vet-turned-private investigator. Dex is a familiar character in some senses—a modern-day hard boiled detective—but Smulders brings a fresh take to the character. She’s a woman who hasn’t had an easy go at it—she’s an excessive drinker, an inveterate gambler, and has undiagnosed PTSD—but she’s seen enough to figure her way out of practically anything. With the misty Pacific Northwest, blue collar Portland, and Dex Parois on the case, we are only wishing for streaming so we wouldn’t have this excruciating wait for episode two. 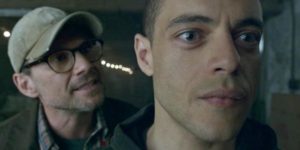 When Mr. Robot hit the scene in 2015, it held the spirit of the time in its fingertips. The story of a troubled, anticapitalist, super-genius hacker on a mission to take down the world’s largest corporation, a super-tech company that possesses the assets and information of all, captured the zeitgeist like nothing on TV. Its subsequent seasons have been inconsistent—keeping up with the ever-growing web of conspiracies is no small undertaking—but it promises to end on a note not far from where it began: with big ideas animated by individual lives, those lives in conflict and conversation with the various forms social change may take. It’s a show about power and those who wield it, about populism and the chaos born when people’s sense of injustice is manipulated, about the consequences of revolution and self-delusion. If it seems too late to hop aboard the Mr. Robot train just as it’s pulling into the station, know that this show will be in the air for years to come; its multi-talented showrunner and director, Sam Esmail, has been offered the biggest overall deal in Universal history, and Mr. Robot will go down as the show that catapulted his career. 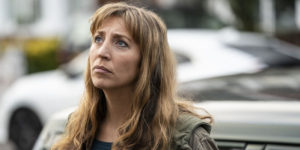 This acclaimed British show (by the producers of Fleabag!) is perhaps more comedy than crime, but follows Miri Matteson, who returns to live with her parents in her childhood home in southeast England after 18 years in prison (like Rectify, but not quite as serious with itself). As Miri is trying to pick up the pieces of her life and press play on a nearly two-decade long pause, her new/old community is pushing her away, and someone is reinvestigating the circumstances of that fateful night… Created by and starring Daisy Haggard, it’s well-plotted, sharply written, and strikes a chord equal parts funny and tragic—and like Fleabag, it moves seamlessly between the two. 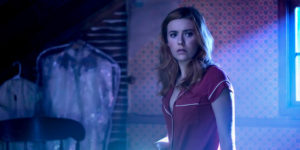 This is not the Nancy Drew of your childhood. Following Riverdale, the overblown teen sensation, on Wednesday nights, and starring Kennedy McCann as the not-so-young sleuth, this reimagining finds Nancy college-aged, her college plans waylaid since her mom’s sudden death. She’s grieving, waiting tables at a diner, and getting freaky with the local mechanic. But when the supernatural murder of a young socialite threatens to unearth some of Horseshoe Bay’s darkest secrets, she and five former classmates find themselves suspects in the killing. Young people are the target audience, so it’s in turn angsty, retro, postmodern, attention-grabbing, and all around doing too much. It’s not exactly Nancy Drew, and it’s definitely not Veronica Mars, but it’s flashy, easy-watching fun. 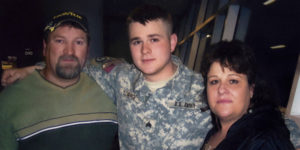 Few American soldiers have been found guilty of a crime during active duty in Afghanistan. Clint Lorance, the platoon leader in charge of over twenty soldiers in 2012, is an exception. When a motorcycle sped toward their outpost in a dangerous valley in Kandahar, Lieutenant Lorance ordered his men to fire. Two Afghans died. They had been unarmed, it turned out, carrying cucumbers. Lorance was convicted of second-degree murder and sentenced to 19 years at Fort Leavenworth, a military correctional facility. The sentence was informed by the testimonies of nine soldiers from his brigade, who accused him of overzealous, Gestapo-like aggression. But he—and a brigade of defenders that sprouted up across the nation—have been fighting the conviction with Adnan Syed-like fervor, convinced the blurred lines of combat should be more lenient in the face of accidents like this. This five-part true crime docuseries, produced by Steven Soderbergh, will explore “the system at large and ultimately test the balance of guilt and innocence in the inscrutable circumstances of today’s wars.” 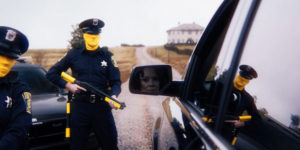 This new interpretation of Alan Moore’s 1986 graphic novel is one of the year’s most anticipated new series, and with good reason: if there’s one person who should take on the notoriously “unfilmable” novel, it’s Damon Lindelof, creator and showrunner of Lost and The Leftovers, a master world-builder known for haunting twists and making the macabre poignant. Watchmen takes place in a parallel reality—a version of the United States (Tulsa, Oklahoma, to be precise) where Robert Redford has been president for 28 years, the internet is banned, fossil fuels have been eliminated, racial reparations have been issued (“Redford-ations”), and still, the country is as divided as ever. When cops become the target of White Supremacist attacks, they take to wearing masks, banding together with the long-outlawed superheroes to ignite a revolution of their own. 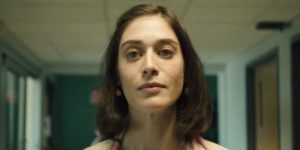 As the old adage goes: there’s no such thing as too many Stephen King adaptations. Castle Rock, an anthology series inspired by the various characters of King’s stories, set in his fictional Maine town, is arguably the best thing to emerge from the King universe in years. This season is poised to reach a new high: Castle Rock tackles Misery. We go back in time, before the crazed nurse ever kidnapped and tortured the popular writer, delving into Annie Wilks’ origin story—beginning when she first arrived in Castle Rock with her teenage daughter. Already prone to some form of psychosis or another, she finds herself in the midst of a heated tribal feud between the nearby Somali community and a local crime family. Starring Lizzy Caplan, Tim Robbins, Elsie Fisher, Barkhad Abdi, and more, this star-studded season will span continents and add unseen dimensions to the beloved King imaginarium.

An animated series that’s smarter, slicker, and simply more entertaining than you’re giving it credit for. Long live my CD-ROM of “Where in the World is Carmen Sandiego,” wherever it may be.

James Spader stars in this now seven-season crime thriller about a high-profile criminal who brings decades of criminal knowledge to the FBI, offering to become an informant in exchange for immunity. Seven seasons is nothing to sneeze at.

Another comic book adaptation, if you’ll believe it, this one about a little black boy with benevolent Mathilda-esque supernatural powers, and his single mother, who’s trying to raise him as a hero in 2019.

Billy Bob Thornton is remarkably well-cast in this story of a washed up, boozed out lawyer who takes on one last case…

Who among us can resist an epic crime tale about post-WWI England and its very peculiar and violent street gangs and organized crime networks? Moreover, who can resist Cillian Murphy? This one’s expected to go seven seasons, so we still have plenty of double crosses and family vengeance (and Cillian Murphy) to look forward to.

To all who have ever played “Light as a Feather, Stiff as a Board,” the creepiest children’s game of all time (on par with “Ring a Ring o’ Roses”), prepare for a terrifying modification: you will die in the predicted fashion—soon. At least that’s what’s happening to a group of teenagers in a TV show.

A series that’s been around for ten seasons needs no introduction. This is the zombie show, come on people.

This Elmore Leonard homage is sailing into a third season, with Chris O’Dowd as Miles Daly, a man eager to put his life of crime behind him and turn to honest work—as a Hollywood producer.

It’s unclear where this action-packed series will fall, quality-wise, but we’re certainly not mad at a Jason Bourne spin-off, with sleeper agents being “awakened” to a series of operations after some kind of global hypnosis.

Starring Brazilian superstar Seu Jorge as the leader of a rising criminal faction in Brazil, this series pits brother against sister in a tale of moral compromises and City of God-esque crime.

Netflix’s first Mandarin-language original series, this Taiwanese gangster show is shot entirely in Taiwan, and tells the story of Quan, a man on death row, who, upon learning his son has been kidnapped, plans an elaborate, misguided jailbreak. 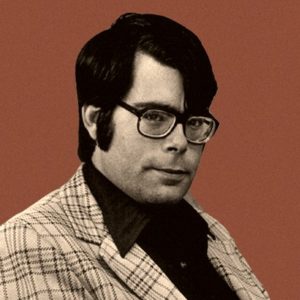 It was 3 a.m. on a Sunday morning and I was 17, sprawled across my cool bedroom floor, reciting lines from T.S. Eliot’s...
© LitHub
Back to top