Crime and the City Visits Cuba

When you write a column called Crime and the City a detective like Lieutenant Mario Conde is a gift. Of course really it’s Leonardo Padura who is the gift—one that has kept on giving now for thirty years. The Cuban crime writer who created Mario Conde began writing crime in Havana in the late 1980s. The four core Conde books that form his Havana Quartet—in English translation they have appeared as (and in the following order) Havana Red (first published in Spanish in 1991), Havana Black (1998), Havana Blue (1991) and Havana Gold (2008)—remain undoubtedly among the best of international crime writing. There are a couple more Conde outings—Adios Hemingway (2005 in English), Havana Fever (2009), Heretics (2017), and the most recent, a novella set in Havana’s Barrio Chino (Chinatown), Grab a Snake by the Tail (2019). The Mario Conde novels are good solid policiers with a socialist-realist-noir edge. They deliver every trope of Havana—macho men, cool old American chrome cars, Che murals, wheezing police Ladas, socialist housing blocks, crumbling old town Havana and a police force caught between chasing criminals and political pressure. A lot of this was brought out in the excellent Netflix series Four Seasons in Havana (basically adaptations of the Havana Quartet), filmed on location in the city.

Throughout his novels Conde, through Padura, muses on the socialist condition—crime is the same yet different in Cuba. We have other examples of Cuban (or Cubans-in-exile) literature in English translation—Alejo Carpentier, Guillermo Cabrera Infante, Óscar Hijuelos, Reinaldo Arenas…—but, for me, no other writer gives us outsiders an insight into post-revolutionary Cuba to the extent that Padura does. Getting gas, food, rum, decent housing, and justice, are all problematic in Cuba and, through Padura Conde shows us how ordinary Habanero’s survive.

But there’s more to Havana that just Conde.

Let’s start with a few pre-revolutionary books. Of course we have Graham Greene’s Our Man in Havana (1958), set in the dying days of the Batista regime.

Ex-pat Brit James Wormold is a vacuum cleaner salesman in a city of power cuts. His adolescent daughter spends his money with a skill that amazes him, so when a mysterious Englishman (famously played by Alec Guinness in the 1962 movie, scripted by Greene) offers him an extra income he’s tempted. In return all he has to do is carry out a little espionage and file a few reports. The new Vintage Classic edition has an introduction by the much-missed Greene aficionado Christopher Hitchens, while, if you crave more Greene in Havana then Christopher Hull’s Our Man Down in Havana: The Story Behind Graham Greene`s Cold War Spy Novel (2019) follows Greene on his 1954 visit to the city, “where every vice was permissible and every trade possible”.

That old Havana is also recreated in all its non-fiction glory and debauchery as the mob-run town it once was in T.J. English’s Havana Nocturne: How the Mob Owned Cuba…and Then Lost It to the Revolution (2009), which details the weird triangular Havana relationship between Fulgencio Batista, Fidel Castro and Meyer Lansky who brought key mobsters to Havana to put his ambitious Cuban business plans in motion. Mob dreams ran up hard against revolutionary ones.

Cuban writer Armando Lucas Correa’s The Good German Girl (2016) involves the tale of the St. Louis—a German ocean liner infamously known for carrying to Cuba more than nine hundred Jewish refugees in 1939 escaping the Holocaust from Nazi Germany. They were denied permission to land. Leonardo Padura’s Heretics, noted above, also involves the sad tale of the St. Louis and the Kaminskys, who along with their priceless heirloom, disappear from the ship in Havana. Seventy years later a semi-retired Mario Conde is hired to find out what happened back in 1939.

A couple of crime guys not normally associated with Cuba, or the Caribbean, or sunshine at all have passed though Havana. Philip Kerr’s tough Berlin cop Bernie Gunther visits Batista-era Havana in If the Dead Rise Not (2009), the sixth in the series. Bernie, who has been unceremoniously kicked out of Buenos Aires, has resurfaced in the flamboyant and corrupt city of Havana with a new life, ostensibly one of routine and relative peace. But he discovers that he truly cannot outrun the burden of his past: he soon collides with a vicious killer from his Berlin days. And then in Havana Bay (1999) Martin Cruz Smith’s Arkady Renko of the Moscow Militsiya is summoned to Cuba to identify a liquefying corpse, dragged from the oily waters of Havana Bay. Renko gets a tan but finds Havana a place where Russia and Russians are now despised.

I feel duty bound to mention Alex de Campi and Victor Santos graphic novel, Bad Girls (2018), even though we don’t normally include the media form in this column. But it’s very, very good. A visually stunning graphic novel in which three women have twelve hours to get out of Cuba with six-million dollars on the night of New Year’s Eve 1958.

And finally, and as ever perhaps saving the best for last, Paul Vidich. Vidich’s novels are as if Graham Greene and John le Carré got together and decided to collaborate. His novels are homages to Greene’s writing and the style of spy genre le Carré effectively created. In The Good Assassin (2017) it is 1958 and former CIA agent George Mueller arrives in Havana, where he has been assigned to monitor the CIA’s “man in Havana” and possible traitor, who happens to be none other than his old friend Toby Graham. The game of cat and mouse to establish who, if anyone, is a traitor is played out in the months before Castro’s triumphant march into Havana on New Year’s Day 1959. George Mueller debuted in An Honorable Man (2016) and though that novel doesn’t travel to Cuba and stays firmly in the murky waters of Washington DC, it is well worth reading.

Havana novels have a tendency to play to our popular images of the city. Most covers seem to have black and white pictures of old cars—those Caddies and Buicks still trundling round the streets of old Havana. But it’s a city that’s perfect for crime writers—noir to its core, secretive by nature, unknown by most of us outside of the island of Cuba and yet still retaining that veneer of sexiness that attracted the old gangsters and movie stars down to Havana back in the bad old, good old days.

Counting Down the Greatest Crime Films of All-Time: #36 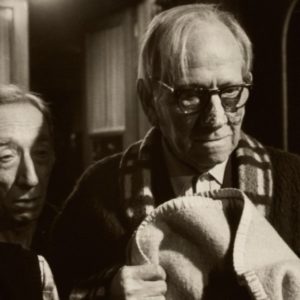 Tis the season to scare yourself shitless. Readers have been asking for fresh, new scares across lists, conversations, Twitter...
© LitHub
Back to top