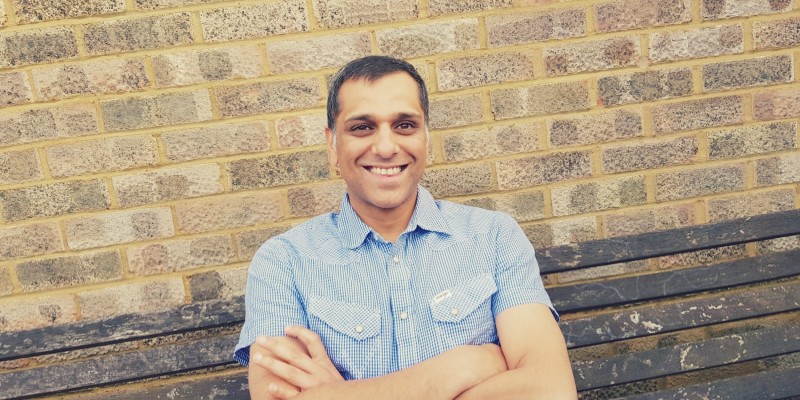 "I didn’t get to choose which side I could stand on. That was decided for me dependent solely on race and religion."

I get asked quite often if my lead character in East of Hounslow is based on me and my experiences. My protagonist, Jay, is a small time drug dealer with a mouth that just won’t quit, who is coerced by MI5 into infiltrating a terrorist cell in North Pakistan. So, the answer to that question is, no, my character is not based on me or my experiences. My life—it really isn’t that interesting.

I understand the question, though, and I understand why it’s often asked. Like myself, Jay is a British Muslim who lives his life in Hounslow, West London. We have identity and location in common, but it’s here where the similarities end. Right? Maybe not. The more I’m asked this question, the more it makes me think—did I unknowingly create a character that mirrored me and my life? I mean, I’m not a drug dealer, nor do I have any terrorist tendencies or am I linked in any way to MI5, but, there’s something. A link between Creator and Creation.

In its most simple form East of Hounslow is a spy thriller which fits neatly into the crime fiction genre, but scratch the surface and you will find that at its core, this is a coming of age story. A story of a boy from Hounslow, who gets dropped from a great height into a world that he doesn’t recognize.

That, right there, is the link.

At 16 years of age I moved schools and joined a neighboring school in Hounslow. Even though the two institutions were within a few miles of each other, the difference was worlds apart. It felt as though my new school had been split down the middle and I didn’t get to choose which side I could stand on. That was decided for me dependent solely on race and religion. The kids had an underlying aggressive energy that I had never experienced before, they looked bigger, tougher and meaner, and the presence of gang culture was apparent.

I could have made myself small, and hid in the shadows, but I quickly learnt that I couldn’t allow myself to appear weak. I had to play the game. In my old school I was a quiet, tight lipped kid, unable to express my opinion, but here, in my new school, I had to adapt. The language I used was hard and my tongue sharp. I didn’t have an intimidating presence and I most definitely didn’t have the skill to go toe to toe, but it’s the impression that I had to give.

Now, when I read East of Hounslow back, I start to see the connection, the similarities. The way, Jay, this character that I thought I’d created from thin air, deals with situations way above his head, is not far from how I once dealt with it. Whereas Jay is immersed in the dangerous world of the spy game, I found myself mixed up in a bad crowd, where the wrong word or looking at the wrong person would lead to a world of trouble. If there’s one thing you can rely on me to do, it’s to say the wrong thing to the wrong person, which I did, often and, outwardly, without fear, but inside I was jelly.

It became second nature for me to watch my back. Threats, followed by inevitable confrontations. Cars would follow me home from school, sets of eyes burning into me. I’d give it back with a practiced stare. I refused to let them know that they got the better of me. I’d get home, a place which had always meant comfort and love and safety, but no more. The threatening phone calls that would come in the middle of the night. The knocks on the door from faces that wanted to harm me, inviting me to step outside. Rather than allow my parents to find out about the shit I was in, I’d step outside and take a walk with them, not knowing where we were going or what to expect. I couldn’t blame anyone but myself—I’d asked for it and I’d deal with it.

And deal with it I did, with the same bullshit fake bravado that had become second nature to me. Even with a knife pointed to my stomach, I wouldn’t let my guard down, wouldn’t let them see how frightened I was. Lifting my eyes when I should’ve dropped my gaze. Hitting them with fully formed barbed insults when I should’ve kept my mouth shut. On another occasion, in my car, as I slowed at a junction, four young men armed with bats and bars proceeded to smash up my car, shards of glass covered me as I sat inside.

These episodes should have set alarm bells ringing, but I was young, in my teens and feeling invincible. I didn’t let up, I kept moving in these circles, magnetized to the lifestyle. I kept it going until my early twenties, riding my luck, pushing it to its limit. It had to take something extreme for me to stop.

On my 21st birthday, I found myself with a gun pointing to the back of my head.

On my 21st birthday, I found myself with a gun pointing to the back of my head. A voice telling me to give them all I’ve got. Even as I emptied my pockets, even as I handed over my phone and my gold chain, my mouth wouldn’t stop, I was questioning them, questioning if they had it in them to pull the trigger, but knocking around in the back of my mind I knew I couldn’t keep this up.

That was it. The very last incident. A sobering experience. Life changing. A damning realization that I had been gambling with my life. Just thinking about it now makes me shiver.  Twenty-four years later, and those days are forgotten about, but, subconsciously, those memories are evident in my writing. Jay’s action and reactions, reflect my own. There’s a suit of armor that he wears, a defense mechanism, that regardless of whatever situation Jay is dropped in, he would never allow the world to see his vulnerability and fear. Is Jay a product of his environment? Was I?

The next occasion that I’m asked if my character is based on me or my experiences, I’ll have a different answer. 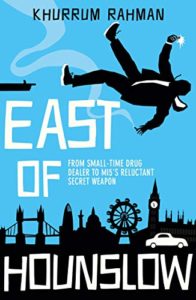 KHURRUM RAHMAN is a west London boy and he now lives in Berkshire with his wife and two sons. East of Hounslow is his first novel and the first in the Jay Qasim series, available in the US from HQ.

Writing from the Depths of Lockdown: A Roundtable Discussion 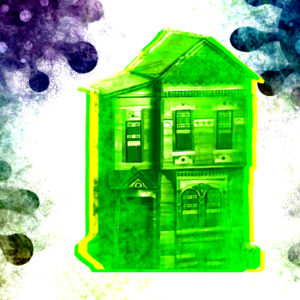 Writing from the Depths of Lockdown: A Roundtable Discussion

The brainchild of mystery writer Lise McClendon, the anthology, STOP THE WORLD: Snapshots from a Pandemic, sprang from the depths...
© LitHub
Back to top