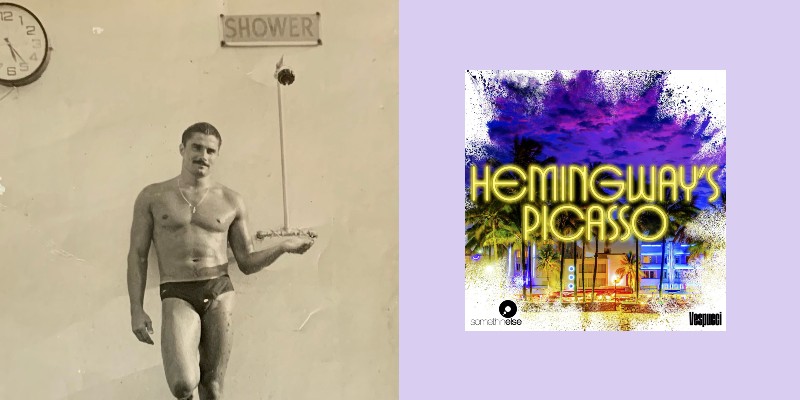 A new podcast explores the life and adventures of Steve Kough, a man who always knew he had a story to tell. We're catching up with host and writer, Leah Carroll.

It’s more or less impossible to describe the new true crime podcast “Hemingway’s Picasso” in a few lines, but here it goes: there was a man named Steve Kough who probably played in the NFL, but that’s beside the point, or it’s the essence of the point, one or the other, and later on when he was no longer probably playing in the NFL he started smuggling drugs across the Caribbean, mostly from Jamaica into the Miami-Fort Lauderdale area, but also to and from Cuba, and one time when he was in Cuba he got his hands on an artifact—a ceramic, possibly collateral on a drug deal—that may or may not have come from Hemingway’s house and may or may not have been created by Pablo Picasso. Let’s call the ceramic “Fred and Betty,” since that’s what Kough called it. Did I mention that Kough wanted to sell his life’s story to Hollywood? That almost goes without saying, right? He made thirty hours of recordings and also agreed back when to let journalist Joe Flood come on a ridealong to Art Basel as he tried for one last score: the sale of Fred and Betty.

That’s about where “Hemingway’s Picasso” picks up, or maybe there is no real starting point to this searching, mesmerizing new podcast from author Leah Carroll and Pallavi Kottamasu, since the podcast itself questions everything and turns the narrative on itself, making the story into something twisted and endlessly fascinating. I got the chance to talk with Carroll and to ask her some questions about Kough and “Fred and Betty,” Miami drug smuggling in the 1980s, and separating fact from fiction in this wild story.

Dwyer Murphy: So since the podcast is called “Hemingway’s Picasso,” let’s get into the artwork first. What exactly is this ceramic and how did it start changing hands on its way toward this story, this podcast? Listening to the first couple episodes of the podcast it started to remind me a little of the Maltese Falcon.

Leah Carroll: OH DWYER! The original thing that attracted me to the story was the MacGuffin element: everybody is chasing this one mysterious item and that’s the starting point of the action but it’s not the story. The first time it was pitched to me I literally said, “Oh it sounds like the Maltese Falcon” which is not something I think had occurred to some of the people who had tried to tell Steve Kough’s story before. My producer Pallavi and I worked VERY closely together on the script, trying to figure out what the north star of the story was and finally we realized it was Stevie Kough, Steve’s son, and the legacy of this piece of art he’s been left with. As his father was dying he told Stevie “Get it done.” Sell Fred and Betty (the ceramic). So does it matter if Picasso made this and gave it to Hemingway in Cuba? Of course. But that isn’t the emotional crux of the story.

Okay now onto the real artwork here, Steven Kough. Drug smuggler, professional athlete, Miami playboy, barroom raconteur…and at one point a man living out of his car, hellbent on getting to Art Basel in order to sell this ceramic. What’s the key to Kough, in your opinion? You spent a lot of time with these recordings he made of himself—thirty hours of recordings. What was the piece of it that unlocked him for you?

Steve Kough came from modest beginnings in Dearborn, Michigan and he excelled at football really early on. It set him apart. It made him special. I think he spent his entire adolescence believing he’d be a football star. He was a star at Michigan State, but in the NFL he just kind of bounced around. And he had a daredevil streak. So all that, coupled with moving to Miami at the time he did (the late 70’s) he just remade himself into a different kind of star. He was so handsome, so funny, and so reckless. It’s a combination that made him a great outlaw, and then complicated every other facet and relationship of his life. He was always chasing after something but there’s a sense that when he got close to actually getting it (selling the ceramic, selling his life story) it’s almost like he’d self sabotage. In many ways he’s a tragic figure, like all the best characters in crime are.

But he’s now passed this legacy, this ceramic that might be priceless, and might be worthless, onto his son, who worshiped him. And that’s a huge weight.

What was Kough’s history in the drug trade? It was 1980s Miami, so there was obviously a lot of it going on, but where exactly did Kough fit into the picture?

Kough was not really a “cocaine cowboy” though he certainly knew and hung out at the bars with that crew. He was mostly a marijuana smuggler. In his telling his mentor was a guy named Joe Pegg—and Pegg was really connected. Pegg had freighters that he’d load up with marijuana in Columbia then he’d offload them in the Caribbean (the Bahamas and usually Jamaica) onto this armada of smaller boats, personal watercraft, that would just go right into Port Everglades in Ft. Lauderdale. He and Steve actually met in federal prison Pegg got caught up in the FBI’s Operation Grouper (which is a whole fascinating story in and of itself). But before they could get him on that he fled in a private plane loaded with cash and hunkered down for a bit on  Norman’s Cay, which was owned by Carlos Lehder. Lehder was Escobar’s number 2 for a very long time. And fun fact! Norman’s Cay is where the Fyre Festival was supposed to take place but when the residents brokered the deal they said very explicitly “do not mention Escobar” and then in the first promotional video it’s just Instagram models romping around on Norman’s Cay which the Fyre Fest guys immediately dub “Pablo Escobar’s private island.” So they got kicked out. Grifters gonna grift.

ANYWAY, Steve was essentially a scamboat operator, one of the guys who operated the small boats going from Jamaica back into Florida. Which honestly was probably the riskiest part.

A big part of the podcast is trying to sort fact from fiction. Kough was a storyteller, and you ran into a lot of people who were retelling versions of those stories themselves, years later. Plus Kough left these tapes, his memoir in a way. So how do you figure out what the real history is? Does it matter?

I get really obsessed with research. I almost didn’t do the podcast because I couldn’t find any proof that Steve had actually played in the NFL. Then I found this great article “The Impossible Dream” about his time on the Miami Dolphins practice squad. Then, India Whitkin, our exceptional associate producer made this timeline that went all the way from Hemingway being born up to Pallavi and I meeting Stevie. It is BEAUTIFUL. I keep saying I’m going to frame it when this is all over. That made it easy to cross reference public information with what Steve said on his tapes. Plus, we had the benefit of the journalist Joe Flood, this hyper articulate, hilarious guy who was the one who took Steve on this journey to Art Basel. He was kind of our “Steve translator” in a lot of ways.

You discuss feeling a connection to Stevie—Steven Kough, Jr. How do you see his role in the bigger story you’re telling?

Stevie is the story. He’s the sweetest guy, an incredibly talented skateboarder, as handsome and funny as his dad. But his childhood was traumatic in a lot of ways and he cared for his larger than life father in his dying days. He’s haunted by Fred and Betty (the ceramic). On the one hand he wants to sell it to fulfill his father’s literal dying wish but he’s also been, in some ways, reluctant to prove its authenticity. It’s almost like, if he keeps Fred and Betty around, he keeps his Dad around too. 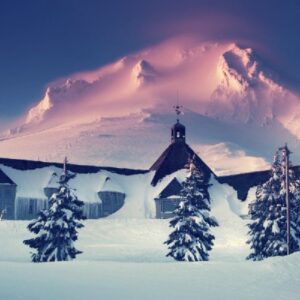 We've all heard people say of various books, "The setting was like a character in itself." But can a setting really be a character?...
© LitHub
Back to top