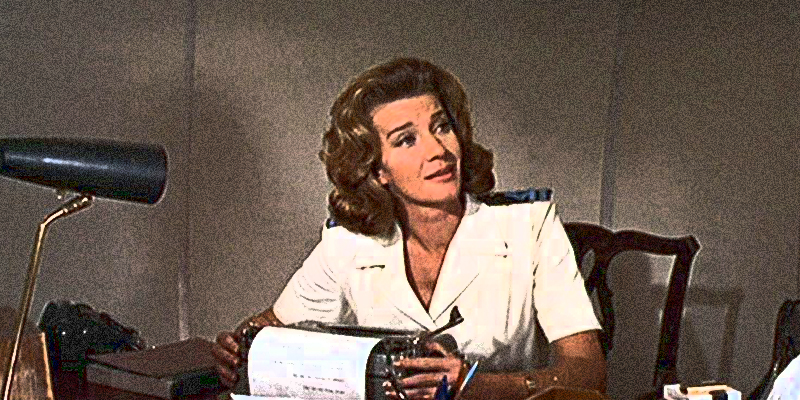 The world of espionage has always fascinated me—from the intrigues of Francis Walsingham on behalf of Elizabeth I to twentieth century wartime operations, through the Cold War, and all the way up to the workings of the modern CIA. While the action-packed adventures of James Bond and Jason Bourne are fun to watch, to me there is something even more compelling about people who use intelligence and ingenuity, rather than fists and firepower, to fight for their country.

Traditionally, most spy stories have focused on men, and it’s true that historically, the occupation of spy has been largely a male preserve. But with manpower short in wartime Britain, many women were given the opportunity to work in the intelligence services and wound up doing the same work as their male counterparts, almost always for less pay. Here are just some of the fascinating females who worked in that field.

The subject of my new novel, One Woman’s War: A Novel of the Real Miss Moneypenny, Paddy Ridsdale was made a Dame of the British Empire in 1991 for her wartime service. She is widely thought to be the woman on whom the James Bond character of Miss Moneypenny was based.

Paddy was employed as a secretary for the British Directorate of Naval Intelligence in Room 39 at the Admiralty during World War II. She worked for several officers, including Commander Ian Fleming, who eventually wrote the James Bond novels based on his experiences as personal assistant to the Director of Naval Intelligence during the war.

It was perhaps an early indication of Fleming’s dramatic flair that he came up with the idea behind one of the most eccentric and effective intelligence deceptions of all time: Operation Mincemeat. This was a ruse by which the British sought to fool the Germans into believing they intended to invade southern Europe via Greece instead of the obvious invasion point of Sicily. The British floated a dead body off the coast of Spain dressed in the uniform of a British Royal Marine and carrying papers that pointed toward the false invasion point. To make sure that the dead body seemed real to the Germans, the officers at Naval Intelligence went to extraordinary lengths to create a legend for the dead officer, including giving him a girlfriend called Pam. Paddy Ridsdale was asked to participate as a field operative in Operation Mincemeat, and given the task of pretending to be Pam, a task she undertook with alacrity.

More recently, at age seventy-five, the redoubtable Paddy hit the newspapers when she fended off a mugging by kicking her assailant in the groin, commenting that her years of ballet gave her the requisite flexibility. The mugger, who had been trying to yank her wedding rings off her finger, ran away. It is that spirit, along with Paddy’s keen mind, which I have tried to convey in my novel, One Woman’s War.

While several women have been mentioned as having inspired the creation of Miss Moneypenny in Ian Fleming’s James Bond novels, Paddy Ridsdale best fits the bill. Intelligent, cool, elegant, determined, and well respected by her colleagues, Paddy denied mooning over Fleming the way Moneypenny did over Bond!

I’ve always been fascinated by the Cambridge Spies, a group of British students who were recruited as intelligence agents by the Soviet Union while at Cambridge University. With considerable forethought, even before the Second World War, the Soviets decided to play the long game. They chose intelligent, well-connected young British men and steered them toward prominent positions in the media and in the intelligence and diplomatic services in Britain. Many years later, those recruits would be activated and operate for many years before they were exposed as traitors in a devastating blow to British intelligence.

Perhaps the most famous of the Cambridge spies was Kim Philby, who worked for the Security Services and supplied the Soviets with a stream of important intelligence throughout World War II and for much of the Cold War, as well. He was recruited in 1934 and defected to the USSR in 1963 after he was finally unmasked.

I was reading Philby’s autobiography, My Silent War: The Autobiography of a Spy, when I came across a mention of a female intelligence officer called Jane Archer. When told she might join his intelligence section, Philby said, “This suggestion gave me a nasty shock, especially as I could think of no plausible reason for resisting it. After Guy Liddell, Jane was perhaps the ablest professional intelligence officer ever employed by MI5.”

I was hooked! Who was this woman, the only person Philby mentioned in the entire autobiography to have given him serious cause for disquiet?

Recruited to MI-5 as a clerk in 1916, Jane Archer also trained as a barrister while working her way up the ranks of the service. She eventually became the first female intelligence officer at MI-5. Skilled in the art of cross-examination, and in Philby’s words, “tough-minded and rough-tongued”, Archer had debriefed the defector and former Red Army intelligence officer General Krivitsky in 1939 and her masterly extraction of intelligence from the general became a textbook example of the skill.

Jane discovered from Krivitsky that there was a mole in British Intelligence, a man the Soviets had sent to Spain (reportedly to try to assassinate Franco) during the Civil War when he was a young journalist. This young journalist was, of course, Philby himself.

Philby made a point of diverting Archer to work in a different area so she was unlikely to make the connection between him and Krivitsky’s mole. Unfortunately, I was unable to find out much more about her or her reaction to Philby’s eventual defection. I burned to know whether she ever suspected Philby, or whether she discounted the vague and unsubstantiated tidbit from Krivitsky as so many others had done.

And if she had suspected Philby, what would she or could she have done in the face of the overwhelming support he seemed to have from the British Establishment? Unfortunately, in 1940, Jane Archer was sacked for insubordination after denouncing the incompetence of the new director of MI-5. Philby must have breathed a sigh of relief.

In the summer of 1940, the Special Operations Executive was formed as a secret army to fight behind enemy lines in Europe. The SOE’s brief was espionage, sabotage and reconnaissance, and they also helped establish and arm resistance networks across France in preparation for D-Day.

Sometimes known as “the Baker Street Irregulars” because of the location of their headquarters in Baker Street, London, the SOE tended to recruit amateurs–lawyers, bankers, secretaries and housewives. The recruits told their families they worked for the Ministry of Agriculture and Fish but in fact, they were sent to risk their lives in secret.

The SOE ran several training facilities on large estates all over Britain and Scotland, so that another nickname for the outfit became “Stately ‘Omes of England”.

Agents, men and women alike, trained in outdoor survival skills, firearms, the art of disguise, safe-cracking, parachute-jumping, wireless transmission and a myriad other skills they would need as agents.

Vera Atkins started out as a secretary at the French “F” Section of the SOE but quickly rose through the ranks as her intelligence and competence became clear. She became assistant to section head Colonel Maurice Buckmaster and an intelligence officer in all but title. Vera was not a British citizen, a fact she tried her best to conceal throughout the war. It wasn’t until 1944 that Atkins became a British citizen and she was subsequently commissioned as a Flight Officer in the Women’s Auxiliary Air Force.

Atkins was responsible for recruiting and preparing agents to be dropped behind enemy lines in France. Everything they carried on them, down to their cigarettes and the fillings in their teeth, must be indisputably French and Vera would check everything, even the labels on their clothing, before they left for France.

Tragically, an SOE agent had betrayed the members of his circuit to the Germans in Paris, so many of the agents sent to France were rounded up on arrival and interrogated, and later executed or sent to concentration camps.

Atkins was a complex character, and she was blamed by some for failures and mistakes on the SOE’s part that led to the deaths of many of their agents. After the war, she made it her mission to find all of her missing agents, with the cooperation of the Special Air Service, who were also desperate to find the men they’d lost to Hitler’s “Night and Fog” policy—any agents or commandos found behind enemy lines were stripped of identification and executed without any record of how or where they died. Vera Atkins fought to make sure that the fallen female agents were commemorated in the places of their deaths and recognized by the British Government. 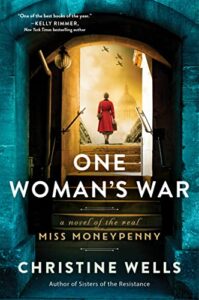 Christine Wells writes historical fiction featuring strong, fascinating women. From early childhood, she drank in her father's tales about the real kings and queens behind popular nursery rhymes and she has been a keen student of history ever since. She began her first novel while working as a corporate lawyer, and has gone on to write about periods ranging from Georgian England to post World War II France. Christine is passionate about helping other writers learn the craft and business of writing fiction and enjoys mentoring and teaching workshops whenever her schedule permits. She loves dogs, running, the beach and fossicking for antiques and lives with her family in Brisbane, Australia. Her latest novel, One Woman's War, is now available. To keep up with news and special offers, please join Christine's mailing list: https: //tinyurl.com/y4ktw9g2
http:////tinyurl.com/y4ktw9g2 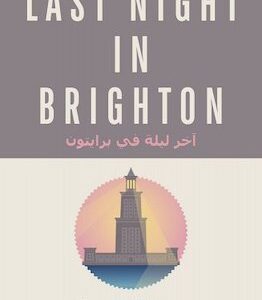