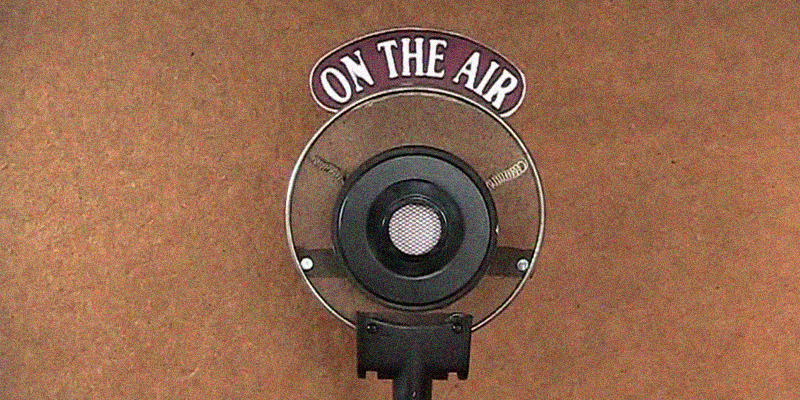 While stage and screen appearances brought Poirot to international prominence, his arrival on television and radio by the late 1930s signified a new level of public adoration.

The 1930s was the decade that cemented Poirot’s position in the public consciousness, something that hadn’t gone unnoticed by those that might wish to capitalize on any literary success. In the late 1920s and early 1930s this is exactly what theatre and ﬁlm had done, but towards the end of the decade it was the turn of radio and the new medium of television to bring Poirot to the masses. Unfortunately, none of the British radio and television productions from this decade survive, but scripts and other paperwork give us a good ﬂavor of what was seen and heard by audiences.

It might be a surprise to learn that Poirot appeared on the ﬂedgling medium of television before he turned up on the more ﬁrmly established radio broadcasts that the BBC had commenced in 1922. Christie had a busy ongoing relationship with the Corporation during the 1930s, sometimes fending oﬀ occasionally impertinent demands for original stories, but also occasionally complying with requests for material for radio broadcast. This included her participation in the serials The Scoop and Behind the Screen, which were written by various members of the Detection Club of which Christie was a member along with her most respected contemporaries. While the BBC made repeated overtures to Christie, in private they were often rather dismissive of her work, and in 1934 they even rejected a story that she had specially written for them after not inconsiderable pressure, ‘In a Glass Darkly’. The author had no problem selling this story to a publication and quickly replaced it with the prosaically titled ‘Miss Marple Tells a Story’, after she was asked for a story that did just that. This sort of incident can hardly have helped the relationship, which would deteriorate over time. The ﬁrst television appearance of Poirot took place on 18 June 1937, at which point the BBC had been broadcasting the world’s ﬁrst regular ‘high deﬁnition’ broadcasts for just eight months. While technically a permanent service, the small audiences (made up of wealthy people in the London region only) and lack of experience lent it the air of ongoing experimentation. So it was that schedules were made up of diverse programming, with drama generally restricted to extracts from existing plays and shorter pieces. This meant that a one-act Poirot play written by Christie featuring only four characters was ideal for the live medium with its small studios at Alexandra Palace. This play, The Wasp’s Nest, seems to have been originally written for a 1932 charity performance that was cancelled. The script is based on Christie’s short story of the same title that had ﬁrst been published in the Daily Mail in 1928, and this television production would be its debut performance.

Francis L. Sullivan, who apparently felt that he had some ownership over the play, played the part of Poirot once more following his successful appearances in the role on stage. Joining him in the studio were Wallace Douglas as Claude Langdon, Antoinette Cellier as Nina Bellamy, and D.A. Clarke-Smith as Charles Harborough for this neat tale of the potentially deadly consequences of love rivalry. The twenty-ﬁve minute production followed such televisual delights as a ten minute Fashion Forecast, ﬁfteen minutes with Friends from the Zoo, and a ten-minute newsreel from Gaumont. The cast performed the play twice, at 3.35pm and 9.40pm, and were given a lengthy write-up in the television version of the Radio Times listings magazine. ‘Televiewers will be the ﬁrst to see this Agatha Christie play, which has never previously been performed anywhere,’ it said, before giving potted biographies of both Sullivan and Christie. All seems to have gone well, with a short review in The Observer remarking that ‘the ﬁrst performance of Agatha Christie’s The Wasp’s Nest on Friday was excellently done’.

Poirot only had to wait another ﬁve months before he would make his debut on radio, with a play written specially for the medium, The Yellow Iris, on 2 November 1937. Christie always seemed more interested in radio when she was presented with a particular challenge, and here she wove the story of a poisoning between various musical numbers being performed as part of the cabaret where the murder takes place. It isn’t clear if this unusual structure was Christie’s suggestion, but it seems more likely to have been at the (rather misguided) request of the BBC, which was experimenting with diﬀerent types of radio drama at this point. Although often called an adaptation of the short story of the same name, the history of The Yellow Iris is diﬃcult to untangle. Christie was asked to write something for BBC radio in January 1937, and it seems likely that The Yellow Iris was the eventual outcome, but in the meantime a short story version of the mystery was published in The Strand in July, some four months before its radio appearance, so it seems likely that both radio and print versions were written more or less concurrently.

Article continues after advertisement
Although Poirot’s brush with television had elicited little more than a faint murmur of interest, the appearance of his new case on the mass medium of radio was much more keenly anticipated.

Although Poirot’s brush with television had elicited little more than a faint murmur of interest, the appearance of his new case on the mass medium of radio was much more keenly anticipated, with mentions of the forthcoming attraction in a handful of newspapers as well as the normal listings. Christie came along to the rehearsals for the play, which starred Anthony Holles as Poirot, who had worked extensively on stage and screen, including the 1932 Sherlock Holmes ﬁlm The Missing Rembrandt, which also starred fellow Poirot performer Francis L. Sullivan. The music was written by Michael Sayer, with lyrics by Christopher Hassall, who had often collaborated with Ivor Novello. Acting as compére for the cabaret side of events was Cyril Fletcher, an entertainer who would perhaps become most famous for his ‘odd odes’, as relayed on the BBC’s consumer aﬀairs and light entertainment television show That’s Life!

‘I had hoped to say such nice things about Agatha Christie’s Yellow Iris,’ wrote Joyce Grenfell in The Observer the week of the play’s transmission. ‘Hercule Poirot was played, as I imagined him, by Anthony Holles. But that was the only happy thing in the broadcast. The play itself turned out to be a ten minute sketch padded with cabaret and dance music, and made to spread over forty minutes. When the sketch was playing my interest was sustained. But the sequences were so brief and the intervening music—though good in its proper place—so prolonged that my attention wandered. Much better [to] have treated the piece as the short sketch it really was.’87 Such a complaint could have been anticipated, as even reading the script is a frustratingly fragmented experience. Grenfell was not the only one to take issue with the intrusion of the cabaret into the mystery. ‘Fervid Christie fans—followers of that suave, garrulous French sleuth [sic], Hercule Poirot—must be feeling a little sore this morning,’ wrote Jonah Barrington of the Daily Express before agreeing with his Observer colleague on the intrusion of the cabaret performances. The Manchester Guardian similarly concluded that, in competition with the cabaret, ‘there was not much detective thrill left … Let the drama department as a general rule keep crime and cabaret apart; the mixture is apt to curdle.’

The next time the BBC presented Poirot on the radio, on 10 May 1938, it was a more traditional aﬀair. E.M. Stephan, the broadcaster’s French instructor (as part of its educational oﬀerings), was chosen to play the Belgian detective in an adaptation of ‘The Incredible Theft’ as the second part of a series called Detectives in Fiction, following the appearance of Sherlock Holmes the previous month. Stephan had never appeared in a play before—but, as the Radio Times put it, ‘the part should suit him to perfection’. No doubt he, and the listening audience, were relieved that on this occasion Poirot did not need to compete with cabaret singers.

In an early sign that American broadcasters would ﬁnd it easier to gain permission for full adaptations of Christie’s works than those in Britain, 12 November 1939 saw Orson Welles star in an hour-long adaptation of The Murder of Roger Ackroyd for CBS radio as part of The Campbell Playhouse series, which had adapted a range of literary classics. Twenty-four-year-old Welles played the parts of both Poirot and the narrator Dr Sheppard, although it’s unlikely that any listeners would detect that they were both played by the same man as each excellent performance feels completely diﬀerent. The broadcast, a recording of which survives, opened with Welles telling the listeners that: ‘Tonight we broadcast our version of what is generally regarded as one of the greatest of the modern mystery murder novels,’ before launching into a defence of the genre as a ‘moral form of entertainment’. Welles was accompanied by a strong cast, including Alan Napier as Ackroyd, who would later play Bruce Wayne’s butler Alfred in the 1960s Batman television show.

From the very beginning, with Poirot interrupting the announcer’s plug for Campbell’s soup, the whole production is lively and entertaining, as well as faithful to the novel in both spirit and detail. Welles’ Poirot even uses Christie’s speciﬁc descriptions of the detective early on to conjure up an image of him for those listening. The appearance of this story in the series alongside the likes of Rebecca, Les Misérables and A Christmas Carol was a strong indication that not only was Poirot reaching ever higher levels of fame, but that Christie’s work was increasingly gaining recognition as classic pieces of literature in their own right. However, it’s not clear how much Christie herself actually knew about the production—when her agent sent on the £150 fee for the use of her material, he described it to her as ‘excerpts’—it may have been best for all involved that Christie was unaware that the production had been a full-blown adaptation of the type that she typically disapproved of. 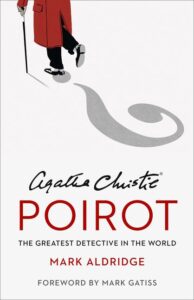 Dr Mark Aldridge is a senior lecturer at Solent University, Southampton. He was awarded his PhD at the University of Southampton in 2009, and previously wrote the definitive book about the film and television adaptations of Agatha Christie’s work, Agatha Christie on Screen, which was published by Palgrave Macmillan in 2016. Originally from Devon, he now lives in Hampshire with his partner, James. His new book, Agatha Christie's Poirot, is now available. 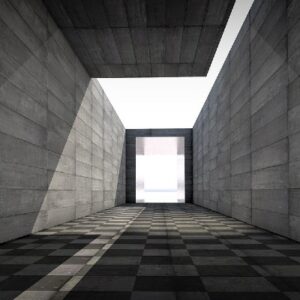 The secret to an enduring structure is a solid foundation. While this engineering principle applies to homes and office towers,...
© LitHub
Back to top