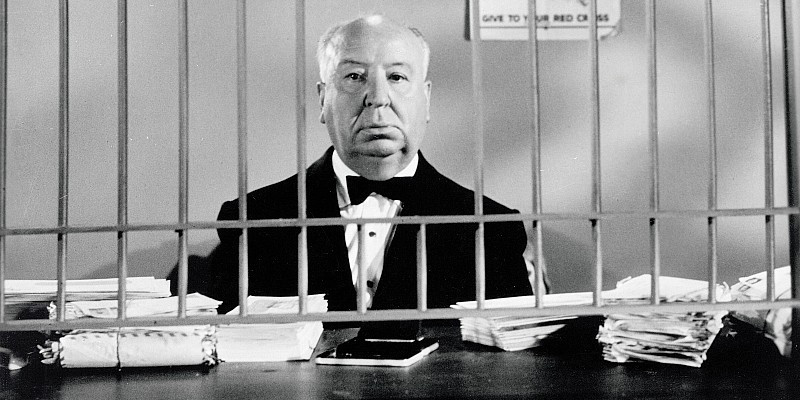 In the 1960s, Alfred Hitchcock was everywhere, and his anthology series became a hotbed for young talent and strange stories.

In 1960, Alfred Hitchcock was everywhere. One of the director’s genuine masterpieces, “Psycho,” was released that year, on the heels of “North by Northwest” the year before, which had followed “Vertigo” and “The Wrong Man” and “The Man Who Knew Too Much.” “The Birds” lay ahead of him.

The 60-year-old director, who had always been a familiar figure to some because of his sly cameos in his films, had become a household name through his movies and his TV show, “Alfred Hitchcock Presents.” The half-hour anthology series began in 1955 and ran for 10 years, including the years when it was expanded and renamed “The Alfred Hitchcock Hour.”

Add to that “Alfred Hitchcock’s Mystery Magazine,” which had begun in 1956 through an agreement to license the director’s name, as well as a series of thriller and suspense story collections, and Hitchcock’s fame as a director was without compare until Steven Spielberg became a household name in the 1970s.

The details of Hitchcock’s life—at times sordid and awful, especially regarding the reports of his dehumanizing behavior to women, including some who starred in his films—have become the fodder for many biographies.

Today, though, a look at the television shows that bore his name and which he hosted with what looks like macabre relish.

A shadow of himself

Can you name a celebrity these days who is easily identifiable from a caricature of just their profile? Hitchcock’s profile—drawn in nine strokes by the director himself, the story goes—and shadow were part of the opening credits for most of the run of the series.

That’s branding on the order of Prince’s glyph symbol.

When “Alfred Hitchcock Presents” premiered on CBS in 1955, television was not even in its adolescence. While 47 million households had TVs in 1955, that number began to grow in the next few years, reaching nearly 53 million by 1960 and more than 200 million in the 1990s.

In the decades before cable and pay channels like HBO, most viewers tuned into just three networks, CBS included, and one or two local stations. The sheer lack of choices helped drive viewers to shows like those Hitchcock produced. A lot of viewers tuned in each week and heard his trademark “Good evening” and his intakes of breath between sentences.

The appearance of the Hitchcock silhouette, set to Charles Gounod’s “Funeral March of a Marionette,” and the director’s witty and often gruesome introductions teased what was to come in every episode: a morality play—an immorality play, really—not unlike what comic book readers saw from EC Comics before they were driven out of the market. Unlike EC, though, the Hitchcock show was not aimed at youngsters.

The series was a bite-size half hour for most of its run, offering smart and fast-moving stories with great casts. Hitchcock directed only about a dozen-and-a-half episodes of the series, but his image and droll delivery at the top and bottom of each of the 361 episodes—counting the two series—reinforced his cult status.

Notwithstanding Rod Serling and his “Twilight Zone” series, a contemporary of the Hitchcock show, or M. Night Shyamalan’s movies and their soon-to-be-expected twists, Hitchcock’s series built and continually reinforced the director and host’s public persona.

Speaking of “The Twilight Zone,” there’s a particularly gruesome episode from 1964 called “The Jar,” in which a country bumpkin played by Pat Buttram becomes obsessed with an unidentifiable but … head-like thing in a jar in a carnival sideshow. Buttram buys the jar and takes it back to his small town, where he becomes the toast of the small burg. Then everything goes horribly wrong.

But while the Hitchcock shows were usually more restrained than “The Twilight Zone,” the series did have more than its share of memorable episodes, writers and directors.

Sydney Pollack, who directed quintessential films like “Tootsie,” “Three Days of the Condor” and “Absence of Malice,” directed two Hitchcock episodes. One, “Diagnosis: Danger,” aired in 1963 but seems scarily of this moment, as Los Angeles public health investigators try to track and stop the spread of anthrax in the city.

“Off Season,” an episode from 1965, feels like a “Psycho” reunion. It’s written by Robert Bloch, the author who created Norman Bates and his mother in a 1959 novel. The star is John Gavin, who starred in “Psycho.” There’s even a roadside motel and a slightly creepy motel clerk. But instead of Hitchcock behind the camera, it was William Friedkin, who a few years would later direct what might be the best horror movie of all time, “The Exorcist.”

Some of the episodes of the Hitchcock series are like little mini-masterpieces and they compare favorably with the gold standard, “The Twilight Zone.” Some seem a little rushed or include a twist for twist’s sake.

But where else can you find Robert Redford and Gig Young as brothers in a high-stakes poker game against gangsters with itchy trigger fingers? Well, in “A Piece of the Action,” the first hour-long episode, from 1962.

Tropes and a reboot, of course

I wouldn’t try to make the argument that Hitchcock and all these enterprises had the kind of synergy that Disney does today, making movies that transition to the Disney+ streaming service, which in turns drives subscriptions.

But the business operation that revolved around Hitchcock and all those projects was remarkably tight. “Psycho” was filed at Revue Studios, production company for Hitchcock’s TV series, using crew from the TV series.

The series had first dibs on the rights to film any stories from the “Alfred Hitchcock Mystery Magazine,” according to a 1964 article in the Palm Beach Post. (The magazine was founded in New York in 1956 but its offices relocated to Florida in 1959.) Henry Slesar, a well-known Hitchcock series writer, saw his first stories published in the magazine, which is still going strong.

Be advised: Some of the TV show’s episodes are very much of the period, with throwaway jokes that were not even politically correct at the time, and plotlines that relied a little too much on the woman in danger trope. Actress Phyllis Thaxter, who was the original Lois Lane in the “Adventures of Superman” TV series, appeared on the Hitchcock series nine times. It seems like every episode I’ve seen her in, she’s played an emotionally damaged woman, which was probably closer to the TV stereotype of women at the time than spunky go-getter Lois.

Hitchcock’s association with TV and the show bearing his name continued after his death in 1980. For four seasons and 76 episodes beginning in 1985, NBC and USA aired a remade version of “Alfred Hitchcock Presents” that included some of the director’s introductions from the original series. It was part of a 1980s-era-and-beyond TV trend of anthology series and revivals of series like “The Twilight Zone.”

But the Hitchcock reboot is barely an afterthought now, while the original series—or two series— continue to play on cable TV channels like MeTV, which “strips” the show in a late-night slot most nights of the week.

The master of the macabre would feel right at home in the right-around-midnight hour. 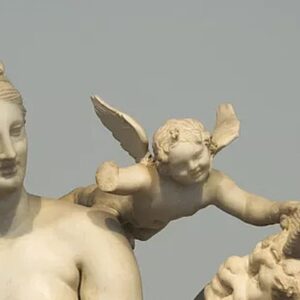 It was recently pointed out to me by a friend that my books are stuffed to the gills with cheating spouses. This wasn’t...
© LitHub
Back to top