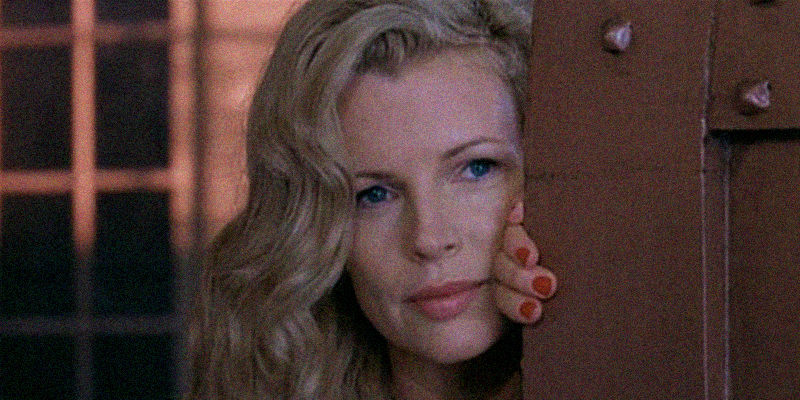 "I wanted to discover whether Hollywood has perpetuated the early 20th Century stereotype of sex workers as boozy, broke and burned out."

In writing my recent thriller, Hooker Avenue (2022, Level Best Books), I was inspired by a true crime involving sex workers, which occurred in the Hudson Valley of New York, and by my personal connection to those crimes. During the late 1990s, eight sex workers disappeared from the mean streets of Poughkeepsie, N.Y., and for two years, the police took little action to locate them. Finally, in September 1998, after one woman escaped from the attacker’s clutches, the john, Kendall Francois, admitted killing the women whom he buried in his home.

What was my connection to the gruesome crimes? Francois solicited the women on the steps of my law office. Naturally, these heinous crimes and the lost lives of the victims haunted me.

From Greta Garbo’s turn in Anna Christie (1930) to the more contemporary spin on the “world’s oldest profession” in Zola (2020), Hollywood has long told the story of sex workers. Being a movie buff, as well as a writer, I wanted to discover whether Hollywood has perpetuated the early 20th Century stereotype of sex workers as boozy, broke and burned out. Or whether contemporary films have ditched their pre-feminist era typecasting, and if so, how they have depicted these vulnerable women.

With the publication of Betty Friedan’s “The Feminine Mystique,” (1963) women’s “traditional” roles in the home and society were challenged, spearheading a movement for social and economic equality for women. Joining with prominent women activists and leaders like Bella Abzug, Gloria Steinem, and Shirley Chisholm, Friedan helped found the National Women’s Political Caucus in 1971 to achieve the passage of the Equal Rights Amendment, which eventually became law in March 1972.

What impact did the feminism have upon the portrayal of sex workers in the movies? Simply, it shattered the old stereotype. Women became liberated, and so did those who had previously hidden the shadow. The work of sex for pay became a psychologically challenging occupation, filled with angst and the desire to control one’s life, rather than becoming a victim. From Klute’s (1971) portrayal of a woman attempting to break free from her sex addiction to a pack of women seeking revenge in Unforgiven (1992), films gave sex workers a strong voice, reflecting the changing times in America.

In the last few decades, contemporary movies have reflected the multiple personalities of women within the sex trade, including a true-life psychopathic serial killer in Monster (2003) and a woman who turns tricks for fun and profit in Zola (2020). The following films depict the six faces of another Eve, one who is dark, complicated, idealized, and sometimes comical. 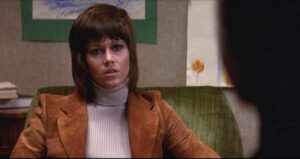 The Dark and Complicated Prostitute:
Klute (1971) Directed by Alan Pakula

A missing Pennsylvania business executive leads PI John Klute (Donald Sutherland) to New York City following his only clue, a packet of erotic letters found in the man’s home allegedly from a call girl in the Big Apple. Jane Fonda won an Oscar for her performance as the complicated Bree Daniels, a high-class escort, seeking to end her tricking addiction through therapy, acting and modeling gigs. In this dark, twisted psychological crime drama, Klute is on the hunt to find his missing person, protect Bree from a killer and uncover a connection between the two men. And Bree is seeking redemption for a life full of questionable choices. 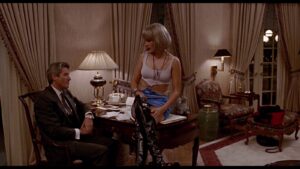 The quintessential Cinderella story finds Vivian (Julia Roberts) turning tricks on Hollywood Boulevard one minute and shacking up with a handsome millionaire (Richard Gere) the next. Two of the prettiest people in the 1990s Hollywood cute-meet when corporate raider Edward (Gere) asks Vivian for directions while driving a friend’s Lotus. From bubble baths to polo matches to jetting to the opera showcasing Robert’s famous red gown with the plunging neckline, this is a rom-com match made in heaven and in the box office.

Women Taking Control of their Lives:
Unforgiven (1992) Written and Directed by Clint Eastwood

Little Bill Daggett, played by Gene Hackman, is a son-of-a-bitch sheriff who dismisses the claims of a prostitute slashed by a drunken cowboy in the Old West. The thousand-dollar reward for the death of the cowboy and his accomplice offered by her prostitute sisters entices Clint Eastwood’s gunslinger Will Munny out of retirement. He and his partner, Ned Logan (Morgan Freeman) embark on the journey to exterminate the vermin and collect the reward, but it is not as easy as it appears. 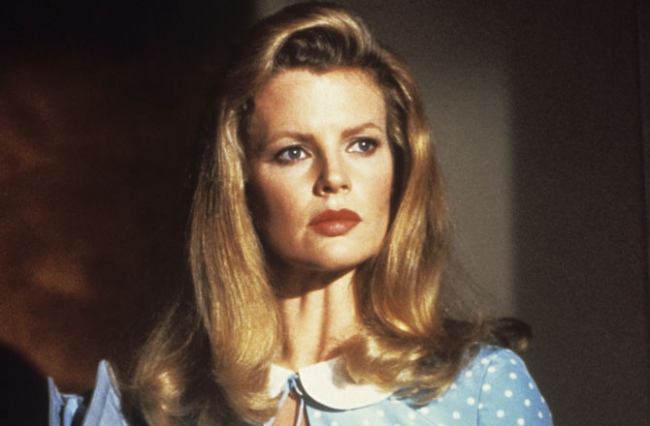 Dames, drugs and dirty cops are at the center of this 1950s Hollywood thriller based on James McElroy’s titular novel. Two cops, an ambitious Edward Exley (Guy Pearce) and a deep-down sentimental, but outwardly crusty bruiser Wendell White (Russell Crowe) are at loggerheads when someone is trying to muscle in on the territory left vacant by jailed criminal kingpin Mickey Cohen. A glamorous high-end call girl, Lynn Bracken (Kim Basinger won a Supporting Actress Oscar for the role), falls for White. Yet, she’s not above helping her nefarious pimp (David Strathairn) frame and blackmail local politicians and businessmen. LA is a house of cards, with only the LAPD protecting it from organized crime, or is it somehow involved? 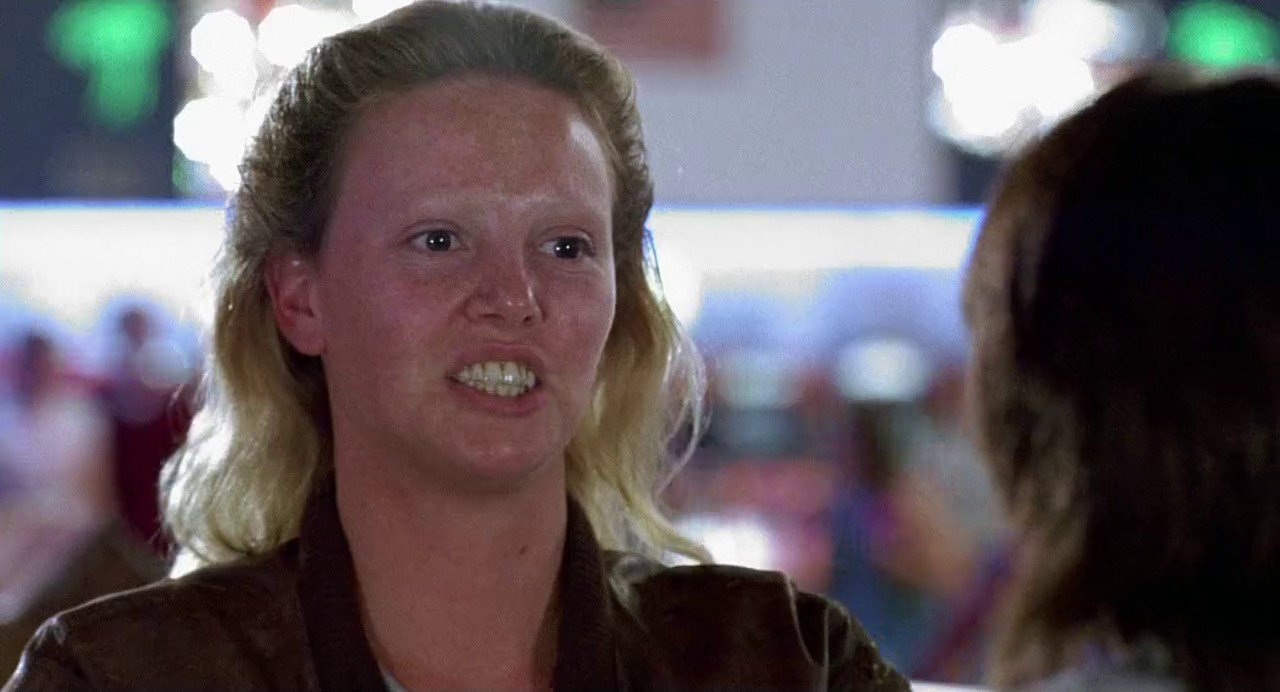 Charlize Theron is barely recognizable in her Oscar winning performance as true-life hustler and prostitute, turned serial killer Aileen Wuornos. A trick gone sour results in Wuornos shooting of a john in alleged self-defense, and scared straight, Wuornos tries but cannot remediate her life. Something snaps inside the woman, triggering a crime spree of sexual encounters, murders, and thefts. Pure psychopathy controls every action, as she murders without remorse. When her lover, Selby (Christina Ricci), turns against her and testifies about the wide swath of Wuornos’s bloodbath, Wuornos is convicted of the multiple murders, and is executed in a Florida death chamber in 2002. 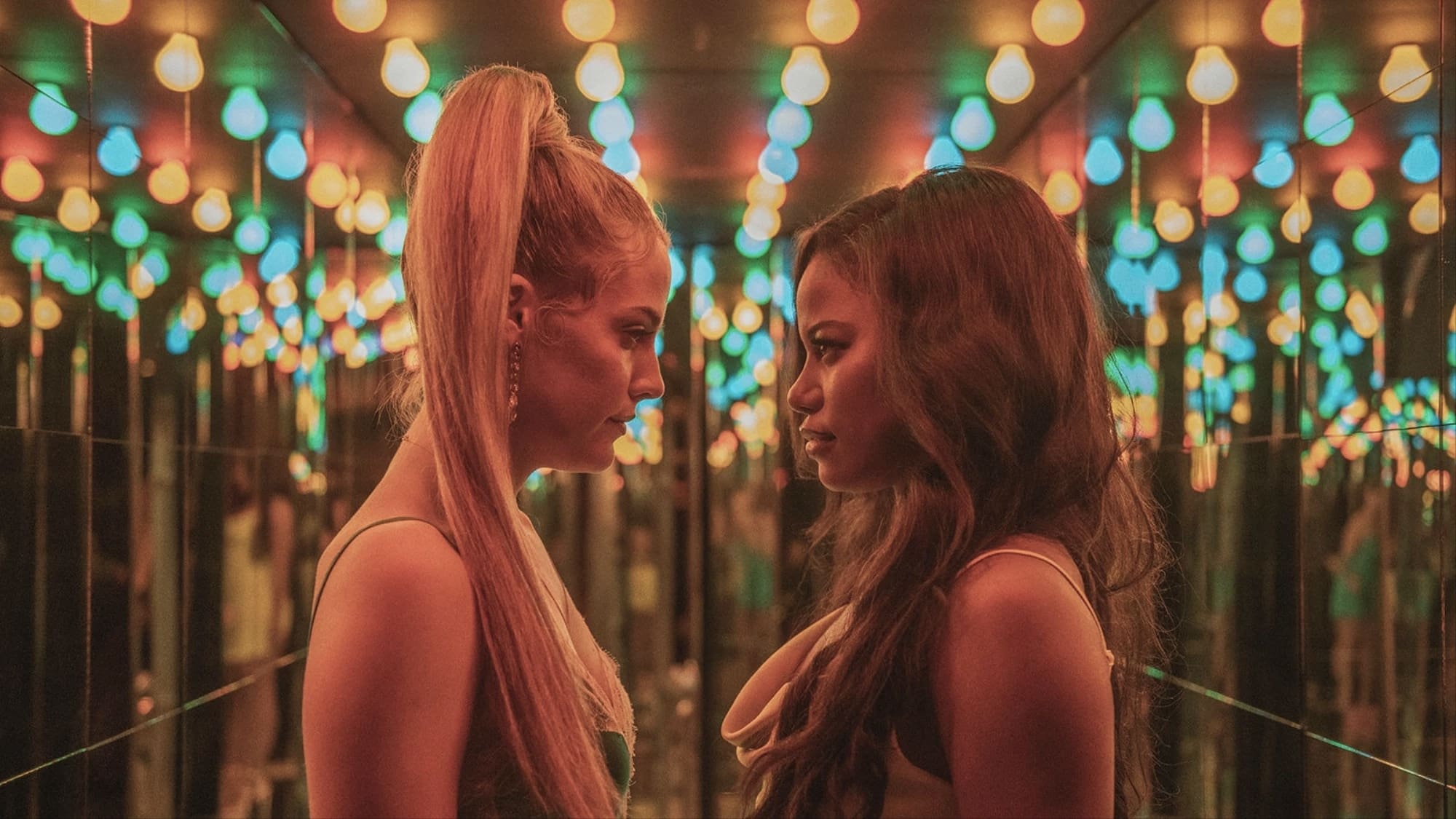 A mostly true story leads Zola (Independent Spirit Award winner Taylour Paige) from struggling to earn a living waiting tables in Detroit to life a stripper. This contemporary dramedy centers on the conflicts between Zola and her stripper friend Stefani (Riley Keough), which arise on a wild trip to Florida. At first, naïve Zola is along for the ride to make extra bucks dancing in a Florida strip club. She soon grows uneasy about the situation, but it’s too late to turn back. Zola discovers that Stefani and her friend (Colman Domingo) have misled her, unwillingly thrusting her into a world of sex trafficking and graphic violence. It is a road trip that ends badly, but works hard for the laughs along the way.

Fortunately, only one of these films, Pretty Woman, glamorizes sex trafficking. Unfortunately, it is the film that pops into everyone’s mind on the subject. Sex trafficking is not pretty, like Julia Roberts. Unlike the other films of the genre, Pretty Woman ignores the gritty, day-to-day struggle to survive. Instead, it unrealistically focuses upon the frivolities of the lifestyle.

Regrettably, the most recent entry, Zola, is a Twitter-inspired cartoon that makes sex, drugs and stripping a laughing matter. Zola is a step backward from its more realistic and insightful cinematic predecessors and feminism. It is another example of the misguided stereotypical perception that these women are the lawbreakers rather than the men who engage their services.

Filmmakers have always strived to incorporate the realities of life into their work. And it is a shame that #MeToo has had little impact on the accurate depiction of vulnerable women trapped in tragic circumstances. We can hope that as states pass legislation legalizing prostitution, that sex workers’ lives will improve. Further, that filmmakers will continue to take notice, and depict them realistically, rather than as the butt of jokes or the objects of desire, revenge and murder. 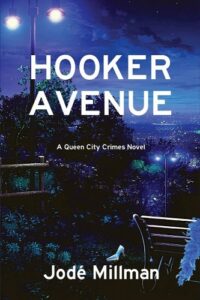 Jodé Millman is the multi-award-winning author of THE MIDNIGHT CALL, and the best-selling SEATS: NEW YORK & CHICAGO Theatre guidebooks. Her latest thriller, HOOKER AVENUE, is available in April 2022. She’s an attorney, a reviewer for Booktrib.com, the host/producer of the Backstage with the Bardavon podcast, and creator of The Writer’s Law School. Jodé lives with her family in the Hudson Valley, where she is at work on her next novel in her “Queen City Crime” series- novels inspired by true crimes in the region she calls home. Discover more about Jodé and her work at www.jodemillman.com. 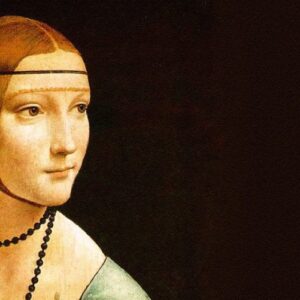 Another week, another batch of books for your TBR pile. Happy reading, folks. * Dervla McTiernan, The Murder Rule (William...
© LitHub
Back to top