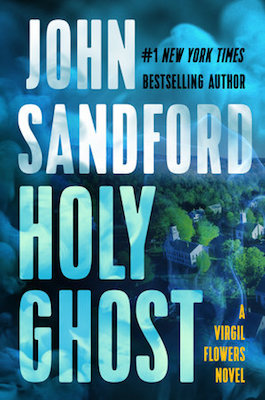 The following is an exclusive excerpt from Holy Ghost, the latest from internationally best-selling author John Sandford to feature his series character Virgil Flowers. In the following passage, Virgil heads out to investigate a mysterious death linked to an appearance of the Virgin Mary in a small farming community.

As Virgil rolled past a million acres of newly sprouted cornfields on the way to Wheatfield, he realized that there were damn few wheatfields around anymore. Everything had gone to beans and corn. A patch of oats might pop up here or there, recognizable by the bluish tint, and there were spotty plots of commercial vegetables—cucumbers, string beans—but that was about it.

On the animal side, there were pigs and cows and some riding horses.

One interesting thing about spring, Virgil thought, especially a wet one, was how you could identify the livestock without ever seeing them. Cow shit was a definite stink, but a tolerable one. Pig shit, on the other hand, wasn’t tolerable: it had a hard ammonia overtone that made the nostrils seize up. Chicken shit had an unpleasant edge, like when damp pinfeathers were scorched off a roaster’s carcass; horse shit, on the other hand, was almost sweet, if not actually cheerful.

He thought about it as the car rolled through a swampy smell and decided he might have been working out in the countryside a tad too long, now that he had begun comparing and contrasting the different varieties of livestock odors.

He switched to contemplating the appearance of the Blessed Virgin. Virgil’s father was a Lutheran minister, and Virgil had gone to church almost every Sunday and Wednesday from the time he’d been born until he’d gone to the University of Minnesota. At the university, he’d lost his faith in churches as bureaucratic organizations, but hadn’t entirely lost his faith in God: if you spent time immersed in nature, in his opinion, you simply saw too many wonders to casually dismiss the possibility of a deity. Think about a solar eclipse for a while . . .

About the Virgin Mary, he was agnostic. The Lutheran Church, in the years he’d spent in it, seemed confused on the subject of Mary. But if Mary was actually out there somewhere, as a spirit, it didn’t seem completely unreasonable that she might decide to appear from time to time.

On the other hand, most Marian apparitions—he’d looked it up on the Wiki—seemed to present themselves to children or deeply religious folk whose testimony was accepted on the basis of faith rather than hard evidence. Skeptics might ascribe these apparitions to religion-based psychological phenomena or even a type of hysteria, if not outright fraud.

Wheatfield was a whole new kind of apparition: the crowd was large, not uniformly religious, and armed with cell phone cameras.

Most similar small prairie towns resembled the main street in the movie High Noon before the shooting started—a line of ramshackle stores on an empty street. Wheatfield had all the ramshackle you could hope for but was busy. Even six blocks out, he could see people crossing Main Street and walking along the side- walks, cars lining the block-long business district.

St. Mary’s was located at one end of a block with another church at the other end, a flat green lawn between them. A wooden windmill squatted in the middle of the lawn, looking a lot like a two- story red-white-and-blue fire hydrant, with ten-foot-long vanes that rotated slowly in the breeze. There were no parking spaces on the street, so Virgil drove around the corner, past the Immanuel Reformed Church. Both churches had parking lots in back; Virgil squeezed into the one behind St. Mary’s, along with fifteen other vehicles.

He got out, looked around to orient himself, walked past the church and spotted Skinner & Holland, Eats & Souvenirs, across the street. He let a couple of cars go past, hurried across, and went inside. The place was packed: two women were looking at a rack of three-dimensional postcards of the apparition, several other people were buying soft drinks and snacks and ice-cream cones. A tall, thin, freckled kid was manning the cash register, keeping up a steady sales patter with the customers. Virgil took a Diet Coke out of a cooler, got in line, and, when his turn came, gave the kid a five-dollar bill, and said, “I’m looking for Wardell Holland. I’m with the BCA.”

The kid nodded, and turned and shouted, “Wardell! The cop is here.”

Virgil said, mildly and in the spirit of educating the young, “Not all cops like to be called cops.”

“I heard that,” the kid said, handing Virgil his change. “I figure they got bigger problems to deal with than me calling them cops. I’m Skinner, by the way.”

Holland pushed through a curtain that closed off the back of the store, looked toward Virgil, and asked, “Virgil?”

Virgil looked back at the kid. “He doesn’t like cops?”

“When we had a town cop—that was a few years ago—he’d give Skinner a hard time every time he saw him.”

“No. Skinner would be out driving his girlfriends around, and the guy would pull him over. Every time. He’d yank him out of the car and yell at him,” Holland said. “Embarrass him. Skinner hasn’t had much time for cops ever since.”

“I don’t blame him,” Virgil said, as he followed Holland through the curtain into the back room. Virgil had had some problems with cops himself as a kid. “The cop sounds like a jerk.”

“Well, Skinner usually had an open beer or something . . . and he was twelve at the time.”

Holland was Virgil’s height, heavier in the chest and shoulders, clean-shaven, with reddish brown hair; he was wearing a blue work shirt and jeans and one boot; his other foot having been replaced with a flexible, sickle-shaped piece of black metal. He waved Virgil at a well-used green easy chair and took a matching chair on the other side of a battered round coffee table. The back room was mostly used for storage, stacks of cardboard cartons full of chips and soft drinks and beer, and smelled exactly like that: cardboard and beer, with an undertone of pizza. In addition to the easy chairs, four more chairs, no two alike, were arranged around a card table, with a microwave on a shelf over a sink on the back wall. The room was apparently used for employee breaks.

“Sheriff will be here in five minutes,” Holland said. “We’re seriously worried. Right on the edge of desperate. The sheriff says you’re the man for the job.”

“Nice of him,” Virgil said. “I heard about the first shooting, but nobody called us.”

“We thought it might be accidental. Lots of hunters around here, and nobody heard the shot or had any idea where it came from.”

“We thought it might be accidental. Lots of hunters around here, and nobody heard the shot or had any idea where it came from. Could have come from a mile away,” Holland said. “The guy who got shot—his name was Harvey Coates, and he and his wife were here from Dubuque—wasn’t hurt all that bad. I mean, bad enough, but he won’t be crippled, or anything. Dimples on his thigh, is all, after he heals up. Two inches lower and he would have lost a knee. Anyway, we didn’t have a slug, didn’t have any clues . . . Not much we could do. And, besides, like I said, we thought it might be an accident. We asked the shooter to come forward but nobody did. That’s now starting to look . . . idiotic. We should have called you guys.”

“Same deal,” Holland said. “Even the exact same time, four-fifteen, or a minute or two after that, just before the first evening service at St. Mary’s. The second time, the shooter—whoever he is—took out a woman. She got hit in the hip, the shot went all the way through. She won’t die, either, but she’s in a lot worse shape than Coates. Busted the ball in her hip joint; she’s got bone splinters all through her pelvic area. She’s gonna need a full hip replacement before she can walk again. She’s over at the Mayo.”

“You say there’s no bullet?”

“Nothing. No idea of where it ended up,” Holland said. “Both times, the people were waiting at the corner and they were all talking with each other and turning this way and that. We know where the slugs entered and exited, but since we don’t know their positions, exactly how they were standing, we don’t have a good idea of where the bullet came from. The deputies talked to both of the victims and they themselves don’t know where they were standing. I believe—”

“Gotta be the sheriff,” Holland said. He heaved himself out of the chair and went to the curtain, and called, “Karl. Back here.”

Karl Zimmer came through the curtain, spotted Virgil, and said, “It’s that fuckin’ Flowers. Nice to see you, Virgie.”

“Karl,” Virgil said, as they shook hands. “I heard you sank your boat.”

“That’s not a happy subject,” Zimmer said. He was a tall man with a gray crewcut and gold-rimmed glasses, wearing a tan Carhartt canvas jacket with a badge sewn on the left side. He looked around, picked a kitchen chair as Holland sank back into his easy chair. “My kid was over on the Cedar, hit a snag, ripped a hole in the hull. Instead of beaching it, he tried to run back to the ramp. Sank it with the engine running full bore, which didn’t do it a hell of a lot of good.”

“Well, we’re arguing about the engine,” Zimmer said. “The Farmers guy said hitting the snag and putting a hole in the boat was an accident but wrecking the motor was negligence. We’ll get something, but I don’t think we’ll get it all. Two-year-old Yamaha V MAX 175.”

“Yeah. But, you know, shit happens . . . Did Wardell tell you all about the shootings?”

“He’s started to fill me in,” Virgil said. 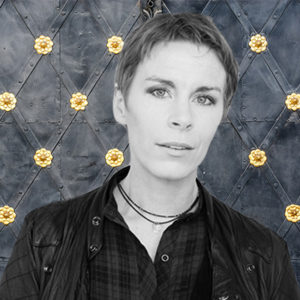 Tana French: We're All Unreliable Narrators Tana French is a literary luminary of the crime writing scene, standing next to such figures as Donna Tartt and Kate Atkinson,...
© LitHub
Back to top