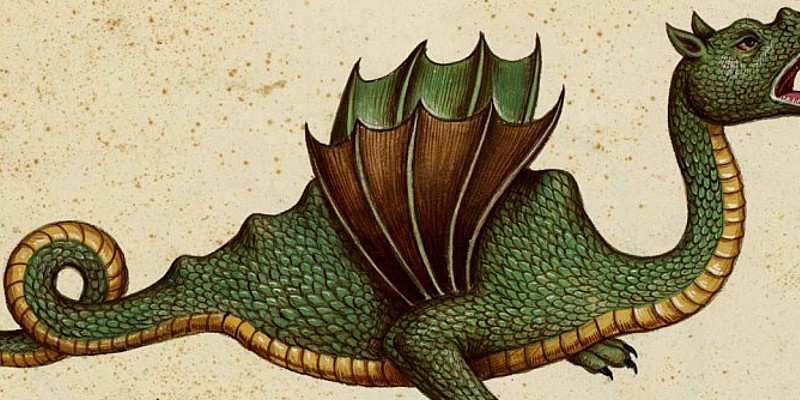 Motherhood and Monsters: How Being a Parent Helps Me Write Thrillers

"Nightmares have always been a normal occurrence for me, but during my pregnancy they were more vivid than usual, more visceral."

I once had a dream that I had a pet dragon. He was just a baby, small, cat-sized, with dark green scales. A little puff of smoke would escape from his snout whenever he cried, which was often. One afternoon, a stranger tried to steal him, yanking him by his wings out of my arms. I pulled out a knife and stabbed the stranger, violently, until he let go of my dragon. I don’t remember if the stranger died. I only know that I woke up shaking and cradling my belly, because I was six months’ pregnant. (And to be fair, I had just marathoned the entire first season of Game of Thrones).

I haven’t had a good night’s sleep since I gave birth to my son, Mox. Actually, if I’m keeping it real, I haven’t slept well since I was pregnant. Nightmares have always been a normal occurrence for me, but during my pregnancy they were more vivid than usual, more visceral, more terrifying. I can only guess it was the hormones, acting as an anabolic steroid for my already overactive imagination. Mox is five and a half now, which means I haven’t slept well in six years.

Exhaustion notwithstanding, my nightmares do provide plenty of fuel for writing, since my thrillers are inspired by the things that scare me the most. For a long time, it was serial killers (and still is). I’m also afraid of dark basements, old cellars, lurking shadows, fog, dimly lit parking lots, the backseat of my car if I’m driving at night, and anytime the doorbell rings.

In other words, I’m scared of any places that monsters can hide.

When I was a child, monsters were furry with sharp teeth and glowing, yellow eyes, and they hid in my closet and under my bed. Now that I’m an adult, I’ve learned they don’t look like that at all. They look like people. And sometimes, they look like people we know, or at least think we know – a celebrity, a politician, a neighbor, a co-worker, a family member, a friend. It was one thing when I only had myself to protect, but now I’m a mother with a small child.

If I thought I saw monsters before, they’re everywhere to me now.

The woman smiling at my child at the supermarket could be a kidnapper. The man walking his dog down my street might be a pedophile. We already know that the person dressed in the jolly red suit at the mall in December isn’t really Santa Claus. What if there’s a monster behind that fake snowy beard and those apple-rouged cheeks, hiding inside the most perfect disguise ever invented to lure small children close to him?

My story ideas don’t just come to me, they attack me. They shout in my face, demanding to be heard. They keep me up at night, taunting me with all their terrible possibilities, asking questions I have no answers for, until I have no choice but to write about them, exploring every angle, unraveling every thread, as if in doing so, I can somehow protect myself and my son from any of it actually happening.

Because I don’t like to pretend it doesn’t happen. Every horrible scene I can imagine writing into a book has already happened in real life, and in much worse ways. My only job is to make the terrible things more palatable, and easier for my readers to digest. Real life has no such responsibility.

The monsters that exist in the real world are more terrifying than anything anyone could invent.

A year ago, when he was four, Mox was convinced there was a monster in his room. When I tried to reassure him that there are no such thing as monsters, he said firmly, “But I saw him, Mommy. I saw his eyes.” I looked down at my son’s determined little face, and understood that he was just like me. And so I made something for him that I wish I’d had when I was his age, when nobody could convince me that monsters weren’t real, either.

I made him a bottle of monster spray.

The recipe for monster spray is simple: two parts tap water, one part Mommy’s love, and one part faith that it really, really works. For a month last year, at bedtime, Mox would spray his room. One squirt under the bed, one inside the closet, and two squirts by the bedroom door. He didn’t need to do it every night. Only on the toughest nights, when his imagination was running wild and his room seemed extra dark, and the eyes seemed extra yellow, and sleep refused to come right away.

“It worked, Mommy!” he said delightedly, the morning after the first time he used it. “It kept the monster away!”

He doesn’t use the spray anymore. But the bottle is still there, full and within easy reach, on his nightstand.

Writing about the things that scare me is the only weapon I have against them. It shines a spotlight into the dark places where the monsters hide, illuminating them so they can never creep up on me. It’s the only way I can even attempt to make sense of their existence. It helps me prepare for the worst, should the worst actually happen, because I’ve already imagined it, dissected it, written about it, and triumphed.

And, just like Mox’s monster spray, it’s working. So far, I have not been murdered by a serial killer. My son has not been kidnapped by Santa Claus. We are safe, so long as I keep writing about the bad things, so long as I turn the lights on in the basement and remember to check the backseat of my car, so long as I never answer the doorbell when it rings.

JENNIFER HILLIER was born and raised in Toronto, Canada, lived in the Seattle area for years, and has moved back to Toronto with her husband and son. Jennifer is the author of Wonderland, Creep, and Jar of Hearts. Her new novel, Little Secrets, is now available from Minotaur Books.
https://www.jenniferhillier.ca/ 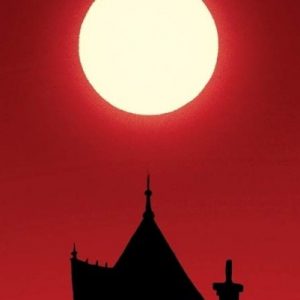 I have always been drawn to the uncanny in fiction, both as a reader and a writer. The uncanny to me is the Freudian concept...
© LitHub
Back to top