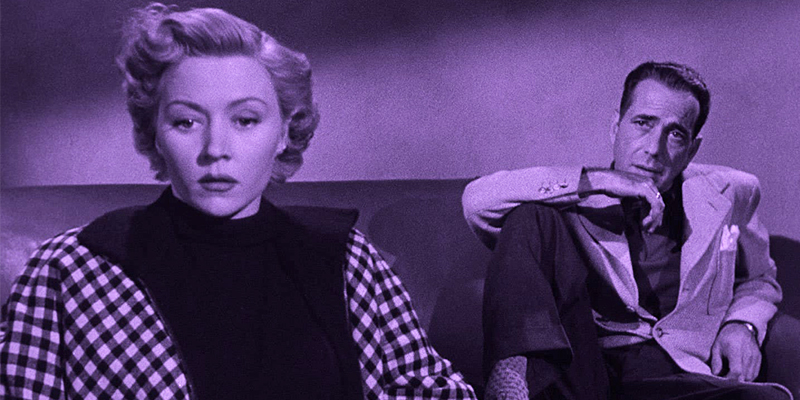 "I dread to think where I’d be without bookselling."

I found books out of necessity. I was a weird, insomniac kid with luggage underneath my eyes and I couldn’t sleep at night. I found writing out of necessity as well, for essentially the same reason. When I ran out of books I just started making notes, often working until the sun came up again. These were sketches and short stories, painfully regrettable poems that I would unfortunately send to the girls I was in love with.

And I came to bookselling out of necessity, too. I was shit-broke and, unfortunately, it was deemed necessary that things like food and accommodation be paid for with money. But what began as a desperate, outstretched hand, clawing at the river bank as I was swept towards the cataclysm of a waterfall, became the best thing that ever happened to me.

I dread to think where I’d be without bookselling.

Probably still working the graveyard shift at any number of Manchester dive bars, or otherwise living under a bridge, my writing confined to the conspiracy theories I’d scrawl onto flattened cardboard boxes and hold up to oncoming traffic, my ambitions lower than the pants bunched round my ankles.

My happiest times as a bookseller were running the legendary crime fiction section in the Deansgate branch of Waterstones, one of the largest bookshops in Europe. It was the finest education a burgeoning crime writer could have had. And not just because of the well-stocked shelves. Over conversations with older, more experienced booksellers, I began to get some idea of the breadth of this genre. And watching what customers would pick up and be enticed by, what they’d come back for, I began to learn about its secret staying power. The hold it could have over people.

My favorite part of the crime section in the shop was the American imports bay. These were books which at the time did not have British publishers. They arrived with strange names and fascinating backstories, with unusual, provocative jackets, like kids being dropped into your class halfway through term with no explanation. They were mysterious and forbidden.

These were blazingly personal stories, real novels that just so happened to exist within the world of heightened drama and emotion that only crime can give.

Because, as I read these books, I began to get a feel for what made American crime fiction different from the British. In particular, I began to get a feel for noir. These were blazingly personal stories, real novels that just so happened to exist within the world of heightened drama and emotion that only crime can give. They were bloody, sad, downright tragic in some cases, and they swung their hips when they walked, the language stepping off the page and strutting about the room, drinking your booze and blowing smoke in your face.

Most of all they made me laugh.

Where a lot of the crime fiction I’d read up until that point felt about as funny as boils, here I’d find myself barking over a line, carrying it round in my head for days, weeks, months afterwards. These books corrupted and corroded me, providing a clue towards what could make crime fiction essential. They got into my software and changed the code. Without them, without that bay of books, I wouldn’t be a writer today.

Examples from that time are almost too numerous to name, but how could I not begin with The Last Good Kiss by James Crumley? Like a collision between the caustic personal politics of Hunter S. Thompson and the black-humoured dark night of the soul noir of Raymond Chandler. If you walked into that shop and asked me for a great book, this is what I pressed into your hand. As I worked my way up through the store, and then through the company, I was able to recommend it to a publisher. He couldn’t believe it was out of print in the UK either, and we secured the rights to get it reprinted. From there, it was made the company’s book of the month, selling over 10,000 copies in 30 days, even prompting a kind thank you letter from Crumley’s widow, the high point of my bookselling career.

How could I not mention In A Lonely Place by Dorothy B Hughes? A cynical Hollywood noir from the late 40s, later adapted into a Bogart movie, about Dix Steele, a volatile war veteran-turned-screenwriter, caught up in the case of a serial killer strangling young women in LA. A book that Sara Paretsky said ‘puts Chandler to shame.’ A book the anticipated the current trend of unreliable narrators and delivered a twist to beat them all.

There are too many authors, too many books, embedded into my DNA from this time. Many of them were one-shots, written by lonely men and women in post war America, trying to express themselves and leave a mark.

And what about The Devil In A Blue Dress? Walter Mosley’s astonishing 1940’s-set first novel, featuring the seminal Ezekiel ‘Easy’ Rawlins, feels like Chandler written from the black side of the city of angels. When Easy loses his job and sits drinking, wondering how he’ll make his mortgage payments, a white man offers him a large sum of money to find Miss Monet, a blonde woman with a reputation for hanging around African American men. Easy takes the job and, as because this is noir, finds himself drawn irresistibly into something much larger than he is, and to an ending that feels as devastating as it is inevitable.

And if all of that doom isn’t enough for you then get a copy of Black Wings Has My Angel by Elliott Chaze and hook it up to your veins. A story of doomed love on the run between Tim, a hard headed prison escapee and the beautiful Virginia, a mysteriously refined ‘ten dollar tramp’. As each of them uses the other, as they pull apart and then back together, and as the world closes in around them, the tension of who will be betrayed and who will be the betrayer becomes unbearable. Notable for one of the darkest endings in all of noir, this is gorgeously written, glittering doom in its fullest expression.

There are too many authors, too many books, embedded into my DNA from this time. Many of them were one-shots, written by lonely men and women in post war America, trying to express themselves and leave a mark. Many of them are sadly forgotten now and some, I’m certain, will be out of print in America as well as Britain. But I read them and I loved them and they made me just as surely as every person I’ve met or meal I’ve eaten. And of the names that have survived, some left lasting, admired bodies of work; Margaret Miller, Ross Macdonald, Chester Himes, Jim Thompson, James M. Cain, to name but a few.

They took everything they had, their words, their tragedies, their disappointments, and weaponized them into pin-prick sharp novels of enduring power, wit and insight.

JOSEPH KNOX was born and raised in and around Manchester, England, where he worked in bars and bookshops before moving to London. His debut novel, Sirens, the first in the Aidan Waits trilogy, was a bestseller and has been translated into eighteen languages. True Crime Story is his first stand-alone novel. Twitter: @JosephKnox__ | Instagram: @knobbth
http://www.josephknox.com

Mothers and Daughters and Psychological Thrillers 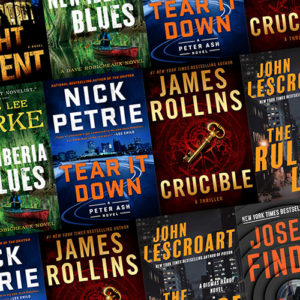 Every month, Ryan Steck—aka The Real Book Spy—rounds up the best new political, action, legal, and crime thrillers arriving...
© LitHub
Back to top