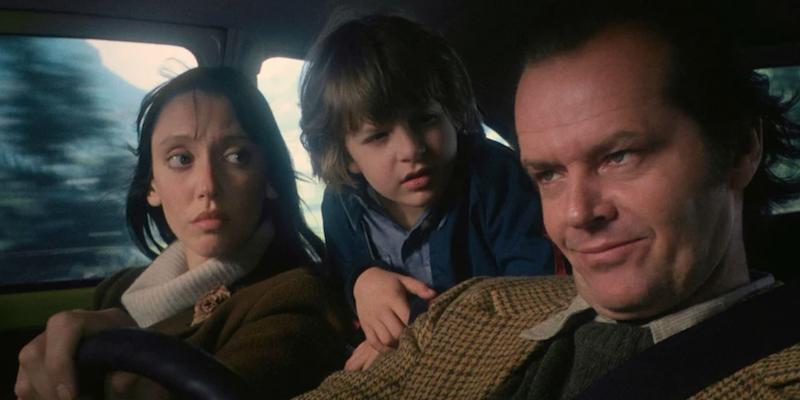 How Having Kids Can Change Your Life—And Your Horror Fiction

On family, fear, and evolving reading and writing habits.

Families! Look no further for a source of fears. Having children can change your life—indeed, I think it should—and the changes may include how a writer writes. After he and his wife had their first child the late James Herbert declared that he would never subject children to horrors in his tales again. By contrast, Stephen King and I seem driven to imagine the worst that can happen, perhaps in a bid to inoculate reality against our fears. This produced at least two of Stephen’s greatest novels. Pet Sematary grew out of an actual fear, happily proved baseless, for a child. What would happen if your toddler died? What extremes might you go to in order to bring them back, and how dreadful might the consequences be? The author finds his own book lacking in hope, but I’m not so certain. Surely if interfering with the afterlife brings forth horrors, this implies the hereafter itself may be benign.

By contrast, The Shining deals with the threat of a parent turning monstrous, and guides us inexorably through Jack Torrance’s transformation from well-meaning but ominously flawed father to full-fledged insane killer. The gradual process of psychological collapse and spectral influence is crucial to King’s novel, less so to Kubrick’s film, but at the same time we can see that Torrance in the book has the seeds of monstrousness within him, just like the rest of us.

Robert Bloch came before, and influenced, both of us. At times his dark humor is reminiscent of Tom Lehrer’s, and Lehrer’s relish in singing about Oedipus “He loved his mother” brings Psycho to my mind. If Norman Bates doesn’t go quite so far in that direction, he’s certainly unhealthily close to his mother, especially after her death. The chapters from his viewpoint in the novel are especially unnerving, and (like the whole book) worth reading more than once. Hitchcock’s film omits Norman’s fascination with the occult, which recalls Bob’s great friend and mentor H. P. Lovecraft (whom Bob described as “one of the last true gentlemen”). To me Psycho reads like a riff on Lovecraft’s “The Thing on the Doorstep”, another tale in which a man with occult interests is possessed by the essence of a female corpse in a cellar.

Kingsley Amis interrogates human relations in most of his fiction, and often finds them wanting. One positive exception is the relationship between pub landlord Maurice Allington and his fourteen-year-old daughter in The Green Man, the author’s novel-length tribute to English supernatural horror fiction and the ghost stories of M. R. James in particular. Beset by alcoholism and the spectre of a seventeenth-century black magician, Allington has to protect his daughter from the magician’s uncanny companion, which lends the pub and the novel its name. The book incorporates an encounter with God, no less, and some satire (typical of its author) on trendy clerics, but works triumphantly as a tale of terror. It and the father-daughter relationship are resolved in a finale more fruitfully ambiguous than the author may have meant it to be.

Once you appreciate that We Need to Talk about Kevin parodies horror fiction as too many people believe it to be (signified by how the narrator gets details and titles of horror films wrong), you may find it fun. Lionel Shriver says she means the narrator to be unreliable, and since her readers may find the concept unfamiliar, she undermines the character in a variety of audacious ways: making her write literally unspeakable dialogue, depict characters as one-dimensional caricatures, employ blatantly contrived narrative tricks… Central to all this is the theme of a mother who despises her own child and whose loathing may have turned him into a mass murderer. Book groups have found this, and the questions provided at the end of the novel for such use, productive of discussion. 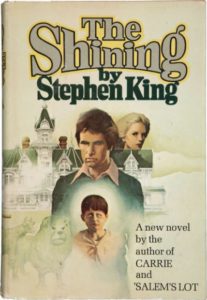 In some ways the most unnerving book on my list is Lost Girl by Adam Nevill. First published in 2015, it envisions a future ravaged by pandemics, in which the protagonist has to search for his kidnapped daughter. Nevill is best known for powerful supernatural horror—the exploration of the hideously haunted house in No One Gets Out Alive is especially nightmarish—but Lost Girl comes bleakly close to home in depicting a future we may be all too right to fear. Like the King novels, it was born of the author’s fears for his child.

More recently, Paul Tremblay’s The Cabin at the End of the World foresees a possible apocalypse through the eyes of a gay couple and their adopted eight-year-old daughter. Are they held captive by conspiracy theorists, or may the terrible decision that’s demanded of them actually change the world? It’s an emotionally draining and challenging book. (The author’s latest, the equally powerful Survivor Song from 2018, is unsettlingly prescient in depicting a bid to transport a pregnant woman to safety in the midst of a pandemic).

Let me end with some offers of reassurance. The Whisper Man is the first novel to be credited to Alex North, a name that hides the identity of a highly talented British crime writer. It’s as rich and complex (which is to say, very) as any of his previous novels, and founds its intricate narrative on a series of relationships between fathers and sons, one of which is not immediately revealed. Hiding at its centre is a killer of children who abducts the protagonist’s son. It’s an agonisingly suspenseful book, but also moving and ultimately redemptive. If you’re yearning for positive emotions to reward after you’ve been harrowed, The Whisper Man is a fine place to find them.

Frances Hardinge’s work is packaged for young adults, but they shouldn’t be the only lucky audience, any more than is the case with Alan Garner, say, or Philip Pullman. Don’t take my word for it: her novel A Skinful of Shadows gained the Children of the Night Award from the Dracula Society for best gothic fiction of its year. Most relevant to our theme is The Lie Tree, in which a Victorian fourteen-year-old attempts to establish the truth behind the murder of her father, a supporter of radical scientific research, and discovers the titular tree, which reveals truths in exchange for lies. It’s a typically imaginative and eloquent Hardinge invention, and central to a compelling portrayal of feminist struggle, by no means simply historical in its relevance. While the tree demands lies, the novel demonstrates that fantasy can tell vital truths.

My final choice deals with crimes but isn’t a crime novel. It conveys considerable horror but isn’t horror fiction even by my extensive definition. It’s Edward St Aubyn’s Patrick Melrose quintet, as disturbingly comical in some passages as anything by Nabokov, as piercingly perceptive in a particularly English way as Waugh in others. Melrose is a victim of child abuse who turns to hard drugs and ultimately finds his way out of the abyss, but this makes the five books sound far more unrelievedly grim than they are. There’s lyricism too, and real humanity, and unrelenting observation that is nonetheless compassionate. It may be noted that the novels are to a troubling extent autobiographical. If St Aubyn is able not merely to survive such experiences but to offer so balanced and stylish and witty an account of them, perhaps there is hope for us all. Indeed, good art is hope.

Ramsey Campbell was born in Liverpool in 1946 and still lives on Merseyside. The Oxford Companion to English Literature describes him as “Britain’s most respected living horror writer,” and he has been given more awards than any other writer in the field, including the Grand Master Award of the World Horror Convention, the Lifetime Achievement Award of the Horror Writers Association, the Living Legend Award of the International Horror Guild and the World Fantasy Lifetime Achievement Award. His newest novel, The Wise Friend, will be released in April 2020 by Flame Tree Press. 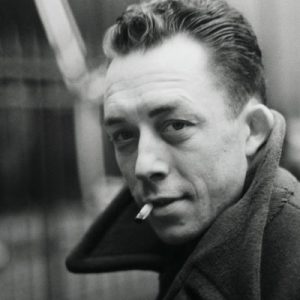 London Lockdown—things to do. Firstly you must find your copy of The Plague by great French writer Albert Camus. Of...
© LitHub
Back to top