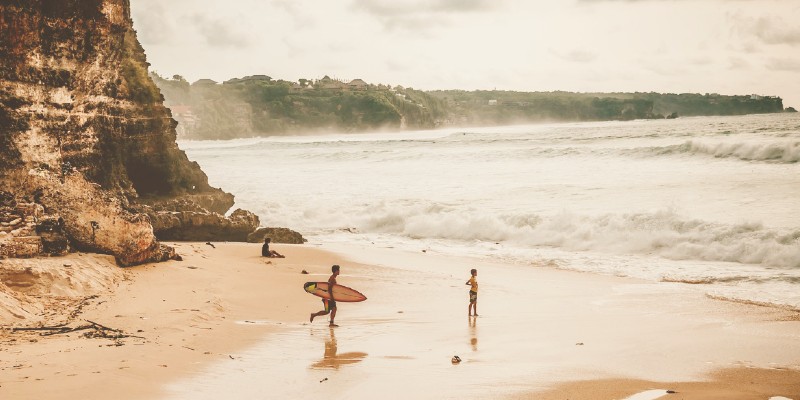 How Surf Noir Changed My Life

Discover Kem Nunn. Discover the power of riding waves. Nothing will ever be the same.

I didn’t always love surfing. Or surf culture. Or surf books for that matter. I never really thought that much about any of it. But today, my love for the genre of surf noir borders on obsession. I’m always looking to discover new books in the surf or beach noir genre. Or even just good books on surfing. The only problem is there isn’t a ton out there. There are some staples, sure, and there are a few new ones here and there. And there are some oldies that people might forget about. But the simple truth is, I could use a lot more. We can all use a lot more. 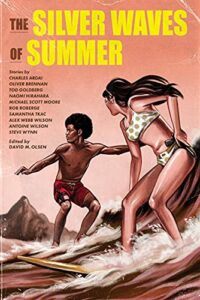 My interest in surf noir started four years ago in a poetry class I was taking at UC Riverside-Palm Desert. In the class with me was an LA writer with a following of her own, Francesca Lia Block, who unwittingly kicked off a whole domino effect in my life. She was working on a gothic novel, and I gave her a (probably terrible) recommendation. She reciprocated by suggesting I read Tapping the Source by Kem Nunn based on a bildungsroman I was working on. I bought it and read it a week later, and it stuck with me. The book was good, sure, but something about the character digging in and learning to surf set off a trigger in me. Not just because it started a near obsession with surf noir, but because I was inspired to take up surfing as a serious hobby. A very serious hobby. I surf almost every day now, as I have for the last four years. And I read everything surf related I can get my hands on, including Surfer’s Journal with religious fervor.

To be fair, I was at a crossroads in my life when I read Tapping the Source. I had recently been hospitalized with a life-threatening health issue and needed to make massive lifestyle changes in order to continue life above ground. One of those changes was the need for greater physical activity. The incident also left me with a vehement desire to stop wasting time. To approach life like every moment counts. To do all of the things that I sidelined for work, or school, or daily life. I wanted to do. So, Francesca and Kem came along at just the right time. I didn’t realize it until that book, but surfing had been calling me my whole life. I just wasn’t listening.

Born in Riverside, California, I spent my early years in Oceanside plucking coconut-scented rinds of Sex Wax from the sand and finding buried hash pipes. Living forty-five minutes away in the desert, it was foreign and exciting. I had the general sense that the guys who left these items were both skilled and dangerous. All I knew about drugs was that they fried your brain like an egg in a skillet. I watched surfers shred waves on neon boards. They laughed with bikini-clad women around them. There were bonfires and smoke and ice chests full of beer. Surfing seemed like an unattainable level of existence that simply wasn’t for me, a life that felt like a universe away as a kid.

Later in life, as a gangly adolescent, my older brother began to cultivate his own feverish obsession with surfing. And, I am convinced, it was wholly due to the movie Point Break, a film he watched on repeat our entire upbringing. We moved from Southern California to the Central Valley where we were landlocked three hours from the ocean. And yet he bought a surfboard that he waxed and tended to with fastidious care. He used it to paddle around our Doughboy pool, just waiting for a chance to get to the ocean. That chance finally came many years later when he went off to college in the Monterey Bay. He eventually learned to surf quite well.

One funny thing about Point Break was that the movie was based on a book. I understand through industry contacts that Kem Nunn was paid for the rights to Tapping the Source for the film.

Regardless of when and where the seeds were planted, I had, after having surfed only a few dozen times growing up and in college, felt impervious to the charm of surfing and surf culture. There were sharks, waves held you down long enough to drown, in the tropics you had reef rash, and the water on the central coast where I live is very, very cold. But it was there, always, in the background of my life, calling me. And Tapping the Source was the flash point. The right time and the right place. Maybe Francesca Lia Block is a clairvoyant. Who knows.

Today I am as obsessed with the ocean as I am with the literature that represents it. From the classics that developed surfing in literature to the modern surf noirs that rest on that previous work. Here are a few books that had a big impact on me in my journey into the surf genre:

The Cruise of the Snark (1911) by Jack London is an autobiographical account of Jack and his wife Charmain’s voyage from the port of Oakland to Hawaii, and down to a variety of other Pacific Islands, finally landing in Australia two years later. It is one of my all-time favorites. I mention it here because London was the first California writer (that I am aware of) to detail the art of surfing in literature. In Hawaii, London encounters the surfer George Freeth, and he becomes consumed with learning to surf himself. He dedicates a whole chapter in the book to surfing “A Royal Sport.” Badly sunburned and sick, he says this from the shore, “Upon one thing I am resolved: the Snark shall not sail from Honolulu until I, too, wing my heels with the swiftness of the sea, and become a sun-burned, skin-peeling Mercury.”

The next book that I have to mention—though also not surf noir, it has nonetheless shaped the landscape of surfing in literature—is The Art of Wave Riding (1931) by Ron Drummond. The book is a legendary collector’s item in the surf community with only 200-500 originally self-published books in circulation. In it, a young man details his love affair with riding waves in the ocean with just his body. If you have ten grand, you might be able to find one at auction. The only other way to read it is to reserve a copy in the rare books section of a few public libraries.

This leads me to the wonderful, hard-boiled noir of the 1960s. My absolute favorite writer of the era is the late, great John D. MacDonald. One of my favorite book series of all time doesn’t have a surfer as its protagonist, but instead, a boat-dwelling detective on a sunny Florida beach. Travis McGee is the central protagonist in over twenty-one novels by MacDonald, and all of them are works of art. Starting with the 1964 classic, The Deep Blue Good-By.

The next book I have to mention is Michael Scott Moore’s Sweetness and Blood. The book is a brilliant nonfiction account of how surf culture, which started as an obscure Hawaiian sport that Christian missionaries almost erased from Hawaiian culture, spread to California and around the world. Even into unexpected places that Moore visits. Places like West Africa, North England, Berlin, Bali, Japan, Cuba, and Morocco.

If there is a Godfather for surf noir, it is Kem Nunn. His books changed my life for the better. And he’s got several in his personal cannon well worth a read. The obvious book, and a good place to start, is with the coming-of-age story Tapping the Source. In it, a young man from the Central Valley (notice anything there?) heads to a Southern California surf town in search of his missing sister. After that read, you’ll definitely want to check out Tijuana Straights and The Dogs of Winter.

I feel like you can’t talk about surf literature without bringing up the shit-talking bad boy of surf journalism, Chas Smith. Chas first chronicled the testosterone- and drug-filled world of pro surfing in an incredible expose called Welcome to Paradise, Now Go to Hell. His follow-up on the love affair with drugs and surfers is also a fantastic read, Cocaine and Surfing.

Another name always mentioned in the genre is the inimitable Don Winslow. And though Winslow, in recent years, has taken to long police- and cartel-based crime novels, some of his early work stands as classic surf noir. My favorite of his is Dawn Patrol, a seedy noir, sure to please any crime-reads fan. More recently, Winslow published a collection of novellas in his book Broken. It is an intensely satisfying book, especially for fans of earlier work, because Winslow reactivates a few of his old characters: Boone Daniels and a trio from Savages, Ben, Chon, and O.

Another book that I think taps into the genre well and is hitting best-seller charts, is Malibu Rising by Taylor Jenkins Reid. The book follows four famous siblings who throw an epic party at the end of summer in 1983. The party, as it should, burns out of control. Including the mansion itself. Music, romance, alcohol, and surfing set the stage for this incredible story.

The genre of surf noir and surfing in literature continue to grow and fascinate new readers each year. But surfing mostly exists on the periphery of literature, much like surfers do in mainstream culture. Set aside on their coasts. Cast out to sea. A counterculture all their own. But if there is one thing I can promise about surfing: It is as addictive as the pages are dedicated to it. Once you let those waves pull you in, that tide will carry you forever. And there’s no coming back. And that is a really great thing.

David M. Olsen is editor and contributor to the surf-noir anthology, The Silver Waves of Summer (Kelp Books, August 2021). His work has appeared in Catamaran Literary Reader, The Rumpus, The Coachella Review, Close to the Bone, Scheherazade, and elsewhere. He attended Stanford’s OWC program in novel writing and holds an MFA in Creative Writing and Writing for the Performing Arts from the University of California, Riverside - Palm Desert. He is at work on a collection of linked short stories, a novel, and a chapbook. He resides on California's central coast where he surfs regularly. 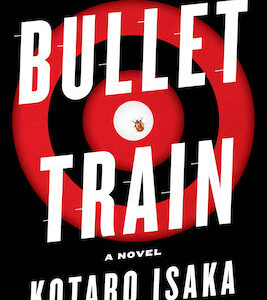 He opens the tray table and sets his water bottle down, then opens a packet of chocolates and pops one in his mouth. The train...
© LitHub
Back to top