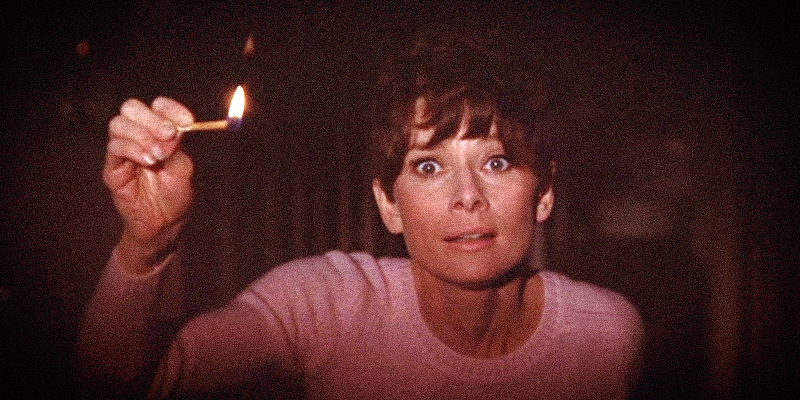 When it comes to getting the physiognomical effects of fear right, who cares why your characters are afraid. What matters is how they experience fear.

Fear doesn’t have to make sense to the character. What matters is the effect the emotion has on the character. The sensation triggers the body’s natural reaction to threats of harm, and it’s intuitive and vital to survival. Determining how a character reacts and responds to fear is critical to the story line and the character arc. Motivation plays the most critical role.

Respecting the outcome of a specific fear, either real or imagined, doesn’t make a hero or heroine any less a person. The emotion isn’t a sign of cowardice but often compels a character to pursue coping or survival skills. The anxiety and pressure can trap a sufferer, causing them to do whatever is necessary to avoid the potential danger. Sometimes it takes more courage to run from a harmful situation than to stay and fight.

Our characters show their fears in unique ways that translate into action and internal reaction according to personality, backstory, culture, education, upbringing, social standards, and a host of other life experiences.

Our characters show their fears in unique ways that translate into action and internal reaction according to personality, backstory, culture, education, upbringing, social standards, and a host of other life experiences.

Some fears are instinctive, like pain. Some are acquired through life experiences. A character often learns fears from those who care, don’t care, or wish to instill prejudices or viewpoints that are healthy or not so healthy. A character who respects healthy fears demonstrates wisdom. They avoid playtime with lions, harmful habits, a loaded firearm, a swallow of poison, a swim in shark-infested water, undisciplined friends, and the list goes on.

A character can feel alone and ashamed or hide from others to avoid ridicule. Fear manifests itself in paralysis, shock, seeking safety, fleeing, or fighting. The character’s heart pounds, blood pressure escalates, breathing hurts, the pulse races, and trembling threatens to paralyze them. The impact has the capabilities to imprison the sufferer.

Each character’s fear is developed differently, and the reactions and responses vary. Whatever resonates in the character’s mind because of the emotionally stunned moment is what readers remember. It’s the face them down attitude that inspires a courageous character.

A phobia is an abnormal and irrational type of fear and is linked to something resulting from a negative experience. But to the character, the obsessive behavior manifests as real and devastating. The memories that morphed into the fear have the same impact as an actual threat or danger.

Readers long to see their beloved protagonist become a better person. When a character takes healthy steps to move forward, he or she experiences a transformation that values growth and change. Their actions coincide with their personality and determination. The character steps into an anxiety-filled setting with a goal more powerful than any fear. Overcomers are our heroes and heroines.

Fear, genuine or a phobia, has side effects:

A strong character learns from the experience to help others:

A writer creates a setting in which the protagonist must overcome the fear before he or she can overcome the obstacle at the climax, a task requiring strong emotions and determination. A protagonist who discovers an antagonist’s fears discovers ways to trap him or her and end the injustice. This causes the plot to thicken and add another layer to the barriers attempting to stop the protagonist. Use any context of fear to confuse and create anxiety. Establish plot points that make the character and the reader keenly aware of the fear. Intensify it.

An antagonist can use fear against the protagonist, allowing the writer to weave a stronger plot. Sometimes unwanted emotions contribute to committing a crime, something unethical or immoral. For an antagonist, a fear may be the driving force in behavior.

Popular writing advice states we choose our topics from what we know. This includes the heart-pounding, palm-sweating reality of walking through fears. A writer who creates from personal encounters transfers credible emotions to the character. The reader who experiences the same type of fear will stay engaged in the story. The horror draws the reader closer to the beloved character, and together they walk through a personal nightmare with hope of healing.

The merit of using fear in our stories, no matter what genre, adds to the character’s arc while pushing ahead in the plot with stress, tension, and conflict. A character’s goal must be more powerful than living with the fear.

Writers drive the emotive conflict involved with the experience. The following authors and books expertly create fear in their characters and their readers:

The Beirut Protocol by Joel Rosenberg kept me flipping pages with reminders that Special Agent Marcus Ryker might not make it out of this story alive. Ryker and two colleagues are kidnapped by rogue Hezbollah forces. They are beaten, tortured, and I held my breath in fear of the endearing main character not surviving captivity. Rosenberg dropped me into a nightmare that haunts me still.

Rosenberg always delivers a powerful story, and once I start one, I’m in for the adventure—no matter how fearful.

Kindred by Octavia E. Butler demonstrates fear in a time-travel novel. A young black woman is magically transported from 1976 to 1815 and experiences the life of a slave. The heroine faces unimaginable fear for her life and those around her. The writer successfully placed me in the middle of African American life during that stain in America’s history. I sensed terror for what would happen next to the heroine and those around her.

Run Away by Harlan Coben is billed as a family drama, and who doesn’t fear for their family? A father will save his daughter, but the danger and risks for him and her take us on a fearful path.

Coben is another author who whisks the reader into a fear-filled world with masterful writing.

The Memory Man series by David Baldacci offers a psychological fear. Amos Decker’s character is impacted by a college brain injury that causes him to remember everything. That means he can’t forget his wife’s and daughter’s murders. He’s a loner, needs help communicating in social settings, and an endearing character who stole my heart. Too often, I feared for his sanity, a situation none of us want to endure. Baldacci always drives a story forward with real fears that capture my attention.

Other writers who use fear and phobias to draw in the reader experience are Robert Dugoni, Steven James, Stephen King, Tosca Lee, Louise Penny, and many more.

Writers must ask the hard questions:

Donald Maass says the following about a character’s fears: “Those fears are rooted in a powerful, primary emotion: experiencing shame. Thus, building heroism starts with creating fear, and creating fear starts with shame.”

Writers use every detail of human behavior to show a character who faces fear. Explore the possibilities of real and unpredictable emotions to add depth to your story. 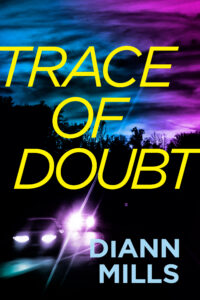 DiAnn Mills is a bestselling author who believes her readers should expect an adventure. She creates action-packed, suspense-filled novels to thrill readers. Her titles have appeared on the CBA and ECPA bestseller lists; won two Christy Awards; and been finalists for the RITA, Daphne du Maurier, Inspirational Reader’s Choice, and Carol Award contests. Firewall, the first book in her FBI: Houston series, was listed by Library Journal as one of the best Christian fiction books of 2014. Her upcoming novel, Trace of Doubt, releases from Tyndale House Publishers in September 2021. Connect with DiAnn at diannmills.com.
http://diannmills.com 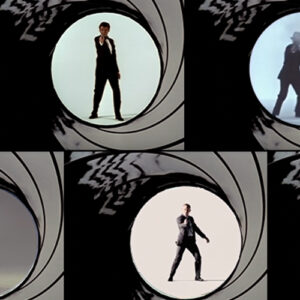 It's always hard to decide on the best James Bond movie (as those squabbling nerds from late-season Buffy can testify). These...
© LitHub
Back to top