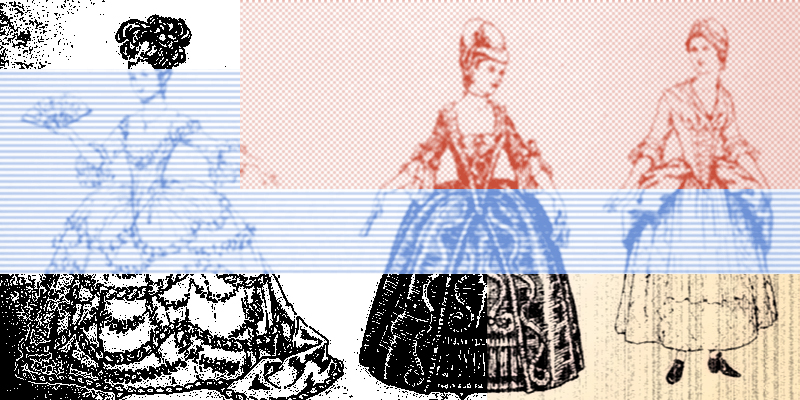 How to Get Away with Murder in the Regency Era

Plan the crime at night, and for heaven's sake, don't use arsenic.

The inspiration for my new book, Murder in Westminster, was developed years ago watching detective shows with my mother. She loved Murder She Wrote, but it always baffled me how the villain almost got away with his crime until the last few minutes of the program. Time and commercial breaks were on their side.

Moreover, the body count in these mystery shows kept increasing as these fictional detectives gathered clues. Didn’t the killer realize that Colombo, the persistent policeman who badgered the culprit to confess, would keep investigating?

Had they missed every madcap episode of Matlock where the country lawyer and amateur detective gathered evidence and forced the guilty to admit their part on the stand? Did the murderers tire of waiting for the devilishly handsome Remington Steele, a man with a checkered complicated past, to find the missing clue that helped the police gain a conviction?

How did killers find the time, to hang around in plain sight? They must be confident or cocky. With the amount of forensic science, video recording capability, and advanced criminology techniques available to these modern detectives, I found it odd that criminals didn’t leave town and get away with murder.

In my new series, Lady Worthing Mysteries, Abigail Monroe, Lady Worthing is an amateur puzzler with a complicated family history, who wants to use her privilege to help society. Her logical mind and close friends work with her to put the pieces together. She has a lot to learn about solving crimes in the Regency while staying alive.

For Lady Worthing in 1806, evidence technology wasn’t developed to the level modern police and detectives have access to in the twenty-first century or in eighties and nineties reruns. Nonetheless, Abbie can draw upon the precursors, like finger printing, for they do exist.

If unwilling to flee, there are techniques the villain can employ to stay ahead of Abbie and keep from swinging upon the gallows.

That sounds simple, but there were far more effective ways of making someone pay. Tricking someone into staggering debts could land the victim in debtor’s prisons. Fleet, Faringdon, King’s Bench, Whitecross Street, and Marshalsea were rat-infested, disease-infested debtor prisons. Persons sent to places like these will legally suffer.

Many convictions in the 1800s were based on admitted testimony or hearsay confessions borne of the weight of a guilty conscience. The feeling that the truth would prevail in keeping the King’s peace, many believed the culprits would admit their sin. Jessica Fletcher of Murder She Wrote often had the culprit crumble after she put together the pieces of the crime she’d deduced. What if Mrs. Fletcher was a serial killer, one gaining victims wherever she went and playing upon the narcissism of weak-minded individuals, convincing them to confess? It’s possible. Who doesn’t love their moment in the sun to say, ‘I did it, and I’m glad Mr. Z is dead’?

Well, savvy killers during the Regency and Georgian times, who’d rather die than testify, had greater chances of getting away with their crimes if they chose not to admit it, not tell anyone what they did, nor involve any accomplice. Loose lips sink ships and win one a date at Newgate Prison and the gallows.

Plan the crime at night.

Street lighting began brightening the dark roads of London in 1807. It wasn’t everywhere. It took a long time to become the norm, and such lighting didn’t reach most parts of the country. Thus, the odds of a witness seeing a criminal up to no good diminished after dusk.

Though fingerprint technology was rudimentary in the early 1800s, it did exist and did help in solving crimes. As early as 300 BC, the Chinese used the indention ridges of fingers upon clay to identify people. The friction skin impression technique could be used to match bloody fingerprints, mud prints, flour, or even paint. Gloves do not leave ridges.

Footprints, particularly ones left by bare feet in mud, had been used in Scotland as early as the 1700s to determine suspects. Patterns left by boot heels and soles, as well as the size of prints, could be used to exclude or narrow the list of suspects. A savvy criminal in slippers with smooth distinct-less shoes would stand a far better chance of leaving the crime undetected.

Use a poison other than arsenic.

While the Greek and Roman worlds were enamored with hemlock, a nightshade killer plant in the carrot family, the rest of the globe loved arsenic. This deadly mineral mined from the earth was commonly available and used as an effective way to deal with rodents. This poison is colorless, tasteless, and easily mixed into food or drink.

Arsenic was the choice of kings because it was quick acting and nearly impossible to detect. In 1773, a Swedish chemist developed the first way to detect the ingested poison in corpses. With the cause of death ascertained, the coroner could bring an indictment of murder to a grand jury. Anyone proven to have access to arsenic and the victim within a day of the murder would be under suspicion. This would be a good time for the villain to not talk about the rat problem and plans for eradicating the critters.

Poisons in the Regency were plentiful. Explorations from around the globe brought unique flowers and plants to London, yielding plenty of undetectable substances. Toxins could be created from something as harmless as daffodils. The lycorine in the flower’s petals and the bulb is a natural poison that helps deter mice and deer from munching away at a garden. In adequate doses, it will kill like arsenic and wasn’t detectable.

Use a cart to move the victim.

Cases had been solved by following dragging evidence to specific farms near where the victim was found. Dragging or claw marks or other proof of struggle would draw notice. The investigator, who might be the coroner, sheriff, magistrate, or first official on the scene of the murder, would make a note of these things. Using a cart, the murderer could quickly transport the body away from his property. However, one would have to hope the tracks of the conveyance wouldn’t be noticed. Snowfall might cover the trail. If the criminal is lucky, wheel marks might blend with ones from other travelers.

The murderer would also need to ensure the cart was cleaned and free of any of the decedent’s personal effects. A good investigator would find it, and soon there would be a Matlock-styled confession.

Make friends with the coroner or magistrate

To be the least likely suspect, the villain must be warm and friendly. The motive needs to be obtuse to neighbors and friends of the victim. The killer wants nothing pointing back to them. There was no established police force or procedures on how to investigate. Many people were charged based on instinct or circumstantial evidence such as another’s testimony.

Being friendly with the London magistrate, the local sheriff, or the county coroner, can go a long way. Because jurisdiction can sometimes get political and have fighting factions between these three positions, the potential to play one off of the other could enhance the odds of getting away with murder. A friendly villain would have more sway.

Be dispassionate about the victim

One of the philosophies of crime was to determine passion, the amount of emotion one had for the victim. It’s often said there’s a fine line between love and hate. Don’t tell people how you feel about the victim. Do not make public threats. Convictions by grand juries that leads to trials can be instigated if gathered witness statements indicate the villain’s open hatred of the victim. Appearing friendly but not overly invested in the victim’s welfare could serve a long way in keeping the villain’s name off the list of potential suspects.

While there were no credit bureaus, Facebook data collection, and Google mining, which could reconstruct your complete financial history, records of spending, and debts, physical records were maintained. Merchants kept logs. Banks retained documents on deposits and withdrawals. Even your local gaming hell possessed books on wager markers and IOUs.

It may take more effort to get all this information, but a dogmatic Colombo-type magistrate would be willing to collect it. If a grand jury indicted someone, a barrister might use his ingenious solicitors or thief-takers to dig into all financial records. A Remington-Steele-type sleuth would definitely be at the card tables getting every last detail of the victim and the villain’s dealings.

More often than not, the body was moved before authorities got a chance to arrive. Some customs might even wash the victim. Water could get rid of some evidence. The greater the distance between the place of death and the body, the odds that crucial evidence goes missing increased.

Time is on the side of the killer. Lady Worthing will have to work fast to solve the crimes she stumbles upon, including the ones in her backyard. 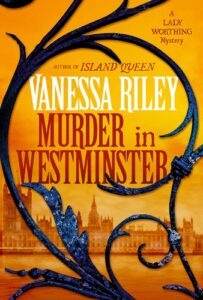 Vanessa Riley is an award-winning author of historical romance, mystery, and fiction novels featuring realistic multicultural communities and powerful persons of color. To fuel her interest in the Regency and early-Victorian eras, she made time for attending renaissance fairs and consuming period novels and films while obtaining her Ph.D. in mechanical engineering and a master's in industrial engineering and engineering management from Stanford University, as well as a BS and MS in mechanical engineering from Penn State University. A frequent speaker at literary, women's, and STEM events, she lives in Atlanta, Georgia with her military husband and teenage kid. Visit her online at VanessaRiley.com. Her latest novel, Murder In Westminster, is now available. 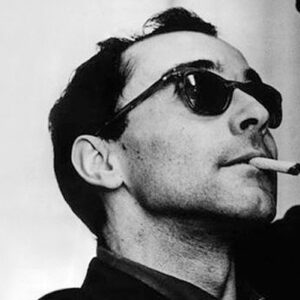 It feels nearly impossible to effectively eulogize Jean-Luc Godard, the giant of French cinema whose films and writings helped...
© LitHub
Back to top