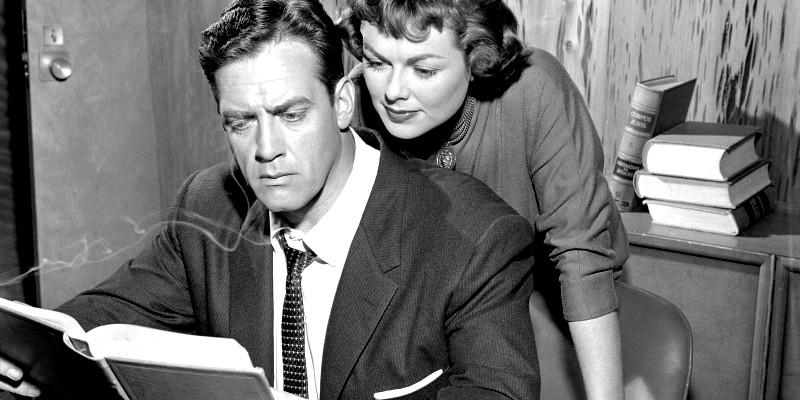 Back in the mid-1990s I spent four years covering criminal courts for Florida’s largest newspaper. It was like being handed free tickets to the greatest shows on Broadway—well, not the musicals, but there was plenty of both tragedy and comedy. I wrote about bumbling hit men who got lost on the way to kill their target, a serial killer who was nailed thanks to a dog named Princess Penny Pickles and a bigamist whose defense was “I forgot I was married” (it worked!)

The one downside was that seeing real courtroom drama forever ruined my enjoyment of a lot of fictional courtroom drama. My wife and I would be watching some TV or movie display of dazzling cross-examination and suddenly I would be compelled to blurt out, “That wouldn’t happen in real life.” (My wife, a patient woman, never objected to my repeated objections.)

The most famous fictional lawyer is Perry Mason, who’s getting a stylish reboot on HBO this week in a series starring Matthew Rhys. I covered about sixty murder trials, and I swear that during jury selection for every single one, either the prosecutor or the defense would say, “This isn’t like ‘Perry Mason.’”

I knew exactly what they meant. My grandfather was a hardcore Mason fan, reading all of Erle Stanley Gardner’s books as well as watching every episode of the Raymond Burr TV show. As a result I often watched the show too, and later read through the books. But the staples of Mason’s stories were all fiction, or near to it. For instance, not once in one of my murder trials did anyone stand up in the courtroom and blurt out, “I did it! And I’m glad I did it!”

Yet Gardner was himself a defense attorney, one with a reputation for sometimes pulling a fast one in court. For instance, he once convinced dozens of Chinese merchants to swap their identification papers so he could discredit a police officer’s testimony naming his Chinese client as the guilty party.

Plenty of other attorneys have followed in his footsteps, creating their own legal heroes and villains. So in addition to applying my own experiences, I consulted with a few of the field’s more prominent practitioners about what would-be writers should do to make their legal scenes more believable.

Remember who runs the show: “One common mistake I see over and over again in courtroom drama is that the judge is a stock character,” said “James Grippando, a Miami attorney who’s been writing legal thrillers for 25 years and in 2017 won the Harper Lee Prize for Legal Fiction for his novel Gone Again. “In the real world, the judge runs the courtroom, not the lawyers. This is not to say that the judge should be the lead character, but it’s a missed opportunity to leave your judge undefined.”

Learn the rules: “The answer to your question is to learn a little bit about the Rules of Evidence,” said Scott Turow, a former federal prosecutor in Chicago who’s written has written three nonfiction books and 11 novels, the most recent one being The Last Trial. “A lot of the stilted behavior in the courtroom is dictated by the Rules.” (When he said that, I immediately thought of the bar glass in Presumed Innocent.)

You don’t have to take a law school course, but you should do enough reading that your characters can accurately discuss hearsay, authentication, relevance, privilege, witnesses, opinions, expert testimony, identification and so forth. You should also know about real, demonstrative, documentary, and testimonial evidence.

Limit the surprises: In the 60 murder trials I covered, only two featured testimony from surprise witnesses. In both cases, they were called by the prosecution, not the defense. They wound up testifying because the defendant took the stand and told a story that prosecutors hadn’t heard before. In both cases, the surprise witness showed that the defendant’s story was a lie, and the jury voted to convict.

Get your objections straight. For Paul Levine, nothing is more irritating than a courtroom scene that’s dead wrong. Levine, a onetime Miami attorney who has written both the Jake Lassiter and Solomon vs. Lord series of legal thrillers as well as scripts for the TV show JAG, says there’s one commonly used line in particular that he finds objectionable: “On TV, you often hear, “Objection! Counsel is badgering the witness.’ There’s no such objection. What the lawyer means is: ‘Objection! Argumentative.’ You ask questions, but you don’t argue with the witness.”

Go watch a real trial: “I would suggest that writers go to their local courthouse and watch a trial or two,” said Allison Leota, a former federal sex-crimes prosecutor in Washington, D.C., whose latest novel, The Last Good Girl, was published May 3. “Courthouses are open to the public and free. There’s no better way to see what trials are actually like—as opposed to watching how they’re portrayed via Law and Order. Go straight to the source. I’d also suggest talking to lawyer friends. Lawyers love telling their war stories, so don’t be shy. I’ve found that the real stories litigators have can be more dramatic and fascinating than anything you can make up.”

Don’t be too realistic: The defense attorneys and prosecutors I covered told me that big cases were rarely won with a brilliant summation. Instead, they said, the cases were usually won during jury selection, when the attorneys decided who the people would be to decide the case. The process of voir dire is more important than most people realize, but you’ll never see it depicted in a courtroom thriller because it isn’t sexy or dramatic. The same goes for DNA comparisons and other technical testimony that may be crucial to reaching a verdict.

To Alafair Burke, that’s okay. Burke, a former prosecutor in Oregon who is now a professor at the Hofstra University School of Law, has written 18 best-selling books, the most recent of which is The Better Sister.  When I contacted her, she offered this advice:

“I would suggest that authors treat courtroom scenes much like any other and not let the legal and technical details override the narrative. Too many courtroom scenes read like an intentional display of the research the author conducted to prepare for the scene.  Instead, focus on character, setting, plot, dialogue—all the things that drive a good book. If the legal details don’t further a critical aspect of the narrative, skip them.”

One last thing about Perry Mason: If a real-life prosecutor lost as many cases as Hamilton Burger does, he’d get the boot after six months. So maybe let your hero’s foil win a few. If nothing else, do it for the sake of building suspense. And if your foil has a name like “Hamilton Burger,” maybe acknowledge that it’s a pretty funny name? I don’t know how Mason avoided calling him “Ham” every chance he got, as well as asking if he had a brother named “Cheese.”

Can You Really Separate Edgar Allan Poe's Work from His Life? 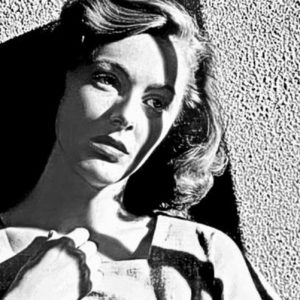 Not much is known about Hollywood writer Virginia Kellogg (1907-1981). She was born and raised in Los Angeles, where she attended...
© LitHub
Back to top