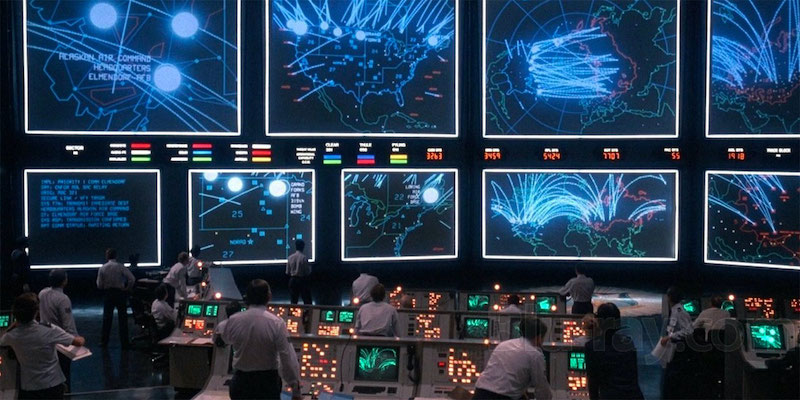 Tips from a political thriller writer on how to keep your writing relevant in a constantly changing world.

Yesterday—and, let’s be honest, by yesterday I mean about a decade ago—I would read as many publications, news stories, interviews, etc. in order to get a macro view (an overview) of the political/economic/technological state of the world. Reading publications from outside the United States served a vital role in research as these foreign publications like the South China Post, The Guardian, BBC, China Daily, Le Monde Diplomatique, The Exiled (Russia), The Moscow Times, to name just a few. Also, important was reading Foreign Affairs and the Atlantic.

The idea was to gather as much news, use the items like a jigsaw puzzle to try to make sense of the thrust of world news, and then to extrapolate what might happen a year or 18 months in the future. This last was crucial. You have to consider that if you write about that’s happening today, it will be out of date by the time your book is published.

In other words, you needed to become a futurist. This methodology allowed me to “predict” the Russian incursions into Ukraine and Syria, using Syria as a feint to turn attention with how entrenched the Russian military was becoming in Ukraine. This is just one example, but there are many others. The point being that I took a top down approach: amass as much up-to-the-minute material as I could, including smaller speculative articles on bleeding edge weapons research from, DARPA and other such under-the-radar organizations both here and abroad. What I stayed away from was op-ed pieces. Anything with a whiff of personal opinion was likely to poison the well of the news I was gathering. From years of this methodology I developed a sixth sense for bullshit, propaganda masquerading as news, and biased “think pieces.”

As far back as elementary school, I was taught to get as close to the source as you can in order to find out the truth. Even history books, I found, were often subtly slanted toward the author’s bias. That’s why, following in the footsteps of my late friend Robert Ludlum, I strived to develop a network of consultants, spending time in Washington, DC, relying on friends, then friends of friends, to gain access to individuals in clandestine agencies. This was both difficult and time-consuming, but as far as I was concerned, it was necessary for my foundational work. From there I, again, extrapolated as to responses to certain threats and also to create my own clandestine bureaus based on fact, but were of my design, my fiction.

That said I’m not a military thriller writer, where every tactic, every piece of equipment, every strategy is straight from the armed forces rule book. Over forty years of writing thrillers I have done my foundational work, which I use as a springboard for creating the characters and situations around which my novels are built.

Today — and let’s be honest — nowadays everything in our world moves so fast that tomorrow is unlikely to be anything like today. Today, we are so connected, we have so much information coming at us from all directions it’s like being hit full blast with water from a fire hose. Add to that, the news cycle has gone from weeks, to a day. News stories have the life of a mayfly — 24 hours.

As a result, there is too much information coming at you all the time without a moment’s let-up. My old top-down macro methodology simply won’t work in this environment, so I had to adapt. What did that entail? I’ll be honest, it took me a while to figure a new methodology. I can recall when I sat down to write the last two Jason Bourne novels (The Bourne Enigma and The Bourne Initiative) I felt lost. The news cycle was being overrun by so many stories, changing so quickly, I wondered how on earth I was going to stay again of such an onrush. I felt completely overwhelmed. I felt like I could never come up with a story that would be relevant a year or 18 months from now when the books would be published.

The life-blood of thrillers is relevancy; without being able to reflect the modern-day world, you cannot succeed.

This very problem cropped up when Ludlum’s original three Bourne novels were bought by Universal. They were written in 1982, 1986, and 1990 respectively. By contrast, the films were released in 2002, 2004, and 2007 using the same names as the novels. But the storylines were completely different. Why? Because the political landscape had radically changed in the interim. What had been relevant in the ‘80s and 1990 was ancient history by the 2000s and, therefore, of interest to no one. Different plots had to be devised that reflected the political atmosphere of the times.

So. Today. How to succeed in this increasingly crazy world of a 24-hour (or less) news cycle, previously unimaginable outbursts from people in power, a country increasingly split down the middle, a country where, increasingly, there are two separate realities: one science based, one faith based, one humanistic, one praying at the altar of the economy, a country where the disparity between the rich and the poor has never been wider, when the movement toward a post-conservatism has grafted on the uprising for a white America?

The answer, it turns out, is quite simple: turn everything off. In the new silence begin to think about what makes you angry, what frightens you, what you feel is important, and what you think is frivolous. In other words, turn the top-town macro approach on its head. Take a bottoms-up approach to all news. First, filter out everything. Then allow in the smallest bits to see what you find interesting.

As an example, when I first sat down to write The Nemesis Manifesto, I was aware that the great story of the coming years was cyber-warfare, hacking business and government sites, using ransomware to extort money from companies and municipalities. On the surface, it seemed an electrifying topic for a thriller. But the more I thought about it, the more I realized it would, by necessity, become a novel of numbers, algorithms, and cyber theft. In addition, a hackers life is obsessive and, therefore, one-dimensional. The plot would be dry, the characters no more than avatars of real people. Readers aren’t interested in hacking, except for a one minute segment in a film in order to get whatever it is they’re looking for out of the place where it’s been stashed. Too many explanations of codes, algorithms, and bypassing firewalls would make the eyes cross of any reader of fiction.

In the end, I hit upon the Russian infiltration of America, using social media. But, still, I felt there was something missing. And that was the rise of neo-Nazism both abroad and here in America, egged on by the current administration. These are the themes that infuse The Nemesis Manifesto, that allow it to come alive, be relevant even in this crazy new world where the ground keeps shifting under our feet.

Because the truth is, the depiction of human beings under enormous stress will always be relevant, and that is the key to successful fiction, whether it be thriller or any other genre. 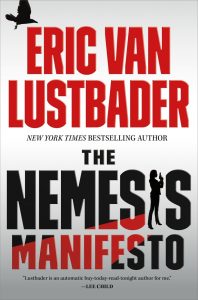 ERIC VAN LUSTBADER is the author of many New York Times bestselling thrillers, including The Testament, First Daughter, Last Snow, and Blood Trust. Lustbader was chosen by Robert Ludlum's estate to continue the Jason Bourne series. He and his wife live on the South Fork of Long Island. Visit him online at www.ericvanlustbader.com, follow him on Twitter @EVanLustbader, or on Instagram @evlust. His latest book, THE NEMESIS MANIFESTO kicks off an all-new series and is due out July 21, 2020. 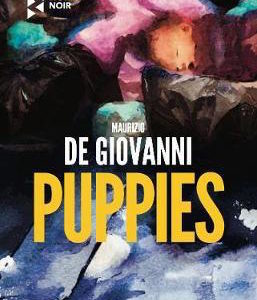 As he strode along at a brisk pace, Giorgio Pisanelli acknowledged the greetings of almost all the people he passed with...
© LitHub
Back to top