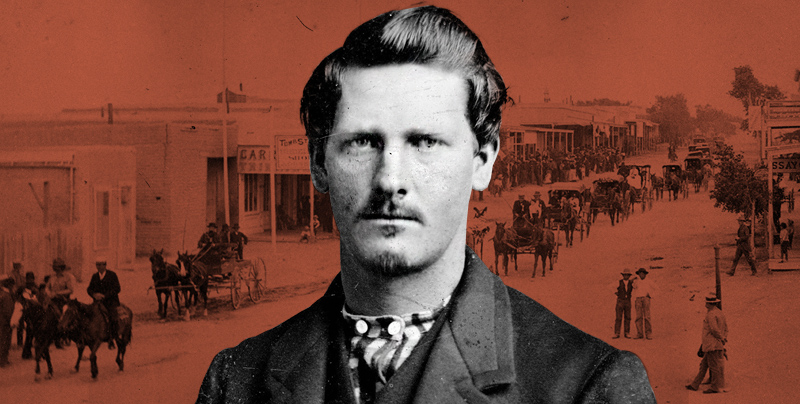 How Wyatt Earp Went from Lawman to Legend

The Dime Novels and Movies That Created an Old West Icon

For those of you keeping track of the ages of iconic heroes of the American West, which can be a delightful distraction these days, March marked the 170th anniversary of the birth of Wyatt Earp. That event took place in Illinois in 1848, with Wyatt being the sixth of ten children Nicholas Earp had with his first and second wives, Abigail and Virginia. Though wanting to follow the example of three older brothers, Wyatt was unable to join the Union Army during the Civil War—he was too young, and he was needed on the family farm. When he finally did leave, the last thought in Wyatt’s mind was becoming a lawman. Why is it so many years later that when one is asked to name a Wild West lawman, almost every time the answer still is Wyatt Earp?

The obvious and yet most accurate answer is the Gunfight at the O.K. Corral. The first recorded gunfight on the American frontier when men faced off and drew on each other took place on July 21, 1865 when James Butler Hickok coolly killed Davis Tutt in the town square of Independence, Missouri. But the shootout on October 26, 1881 in Tombstone Arizona remains the epic gunfight of the American West. In it, Wyatt and his brothers Virgil and Morgan and his close friend Doc Holliday squared off against Ike and Billy Clanton, Billy Claiborne, and Tom and Frank McLaury.

When the firing ended, on the lawman side only Wyatt had not been hit by a bullet. On the other side, Billy Clanton and the McLaurys were killed. Though the Gunfight at the OK Corral involved nine men and there were three fatalities—four, if you count Morgan’s murder less than six months later by Clanton allies—it may have been little more than a footnote in late 19th century American history. However, the book publishing and movie industries got involved. There were “dime novels” written about Wyatt Earp, as there had been about Kit Carson, Wild Bill Hickok, Buffalo Bill Cody, and several other frontiersmen, but they ran their course and were mostly fabrications anyway. Wyatt did not become a fully imagined legend of the Old West until the publication of Wyatt Earp: Frontier Marshal in 1931, and everything changed.

He was approached a few times by writers seeking to write biographies, but Wyatt never fully cooperated because the writers were more interested in the embellishments and falsehoods than his real life.

Wyatt spent his last years living quietly and with only a modest reputation as a lawman in Los Angeles with his fourth wife, Josephine. He was approached a few times by writers seeking to write biographies, but Wyatt never fully cooperated because the writers were more interested in the embellishments and falsehoods than his real life. He died at 80 in January 1929. After waiting a decent interval of two years, Wyatt Earp: Frontier Marshal was published. Stuart Lake’s inventive biography sold briskly, even in the Depression, and it became the basis of movies and television episodes for decades to come. It is packed with stories and reads like a darn good yarn. The award-winning western and mystery writer Loren D. Estleman considers it “a pivotal work in the uniquely American process by which the common straw of history is spun into legendary gold,” though he also points out in his foreword to the 1994 reissue of Frontier Marshal that the book’s contents are less fact than fable.

The most indisputable fact is that some of the stories Lake includes are fictions while many others are, at best, exaggerations. With some Wyatt Earp stories, there are other sound sources of information to ferret out fact from fiction, but at times his own recollections or those of his contemporaries are the only foundations for what may or may not be tall tales. Beginning especially when Lake’s book was published in 1931, the expanding and burnishing legend of Wyatt Earp became more important than the real life of the man. Inevitably, there were those who wanted to do the opposite, to tear Wyatt down, to chip away at the statue of the figure who had suddenly leapfrogged to being the most famous lawman of the American West while it was still being sculpted atop those faulty foundations. There were people who didn’t like Wyatt, or any of the other Earps, or who simply were jealous enough of one western figure rising above the other that attacks were launched.

But filmmakers, looking more at box office than settling scores, found Lake’s book fertile ground. A movie titled Law and Order with Walter Huston as a brave and virtuous lawman based on Wyatt was released in 1932, and seven years later, Frontier Marshal with Randolph Scott hit the big screen. Countless screenwriters used Lake’s book and Wyatt’s “life” as templates for western films, with the truth often being collateral damage. John Ford claimed that his My Darling Clementine, released in 1946 with Henry Fonda as Marshal Wyatt Earp, was the version Wyatt himself related in the 1920s when he was a consultant to the then young silent film director. One example of this being hogwash is that the sickly Doc Holliday (played by the robust Victor Mature) dies during the Gunfight at the OK Corral, and Virgil is killed even before the shootout.

Wyatt was portrayed by Burt Lancaster—with the strapping Kirk Douglas as Holliday—in 1957’s Gunfight at the OK Corral, and James Garner was in the Wyatt role in 1967’s Hour of the Gun. (Garner would play Wyatt again, as an older man, alongside Bruce Willis as Tom Mix in Sunset.) In 1993 and 1994, Wyatt was played by Kurt Russell and then Kevin Costner in Tombstone and Wyatt Earp. It was as if he did not have a life before and after the famous 1881 gun battle, which was good for the Wyatt Earp myth, because he was shown at his most dramatic moment, when bullets couldn’t touch him. To this day, the Wyatt Earp of Tombstone is the iconic lawman of the American West.

Shooting it out was not his way of “lawing”…but rather to crack a miscreant over the head with his gun barrel, a tactic called “buffaloing.”

Lost in that heroic image are such pesky facts as Wyatt did not belly up to the bar and toss back shots of whiskey with Doc because he could not tolerate alcohol. Before Tombstone, the only notches in his gun was the wounding of George Hoy in Dodge City in 1878, with the Texas cowboy later dying of gangrene. Wyatt was never the marshal of anywhere, he sometimes served as an assistant marshal, deputy sheriff, and deputy U.S. marshal, the latter a federal appointment. Shooting it out was not his way of “lawing,” as he called it, but rather to crack a miscreant over the head with his gun barrel, a tactic called “buffaloing.” But that and more are okay because as a lawman—especially in Dodge City with his best friend Bat Masterson in the 1870s, when they were young and inexperienced peace officers—there was much Wyatt Earp did right, he was courageous, and most of the time he was on the sunny side of the law.

So, 170 years after his birth, it’s fine that Wyatt Earp is the image that immediately comes to mind of the western lawman gunning down outlaws at high noon and taming towns with flinty stares and white-handled Colts in his holsters. He came close enough. And anyway, and as the most famous line of dialogue in John Ford’s late-career western The Man Who Shot Liberty Valance says, “This is the west, sir. When legend becomes fact, print the legend.” Happy birthday, Wyatt. You still cast a long shadow.

Tom Clavin is the bestselling author of Dodge City: Wyatt Earp, Bat Masterson, and the Wickedest Town in the American West. 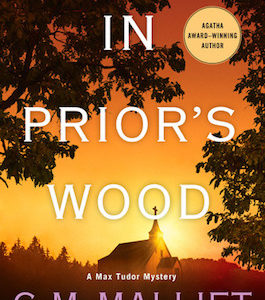 “I can’t believe it’s almost the first of May,” said Awena, looking at the calendar hanging on the kitchen wall....
© LitHub
Back to top