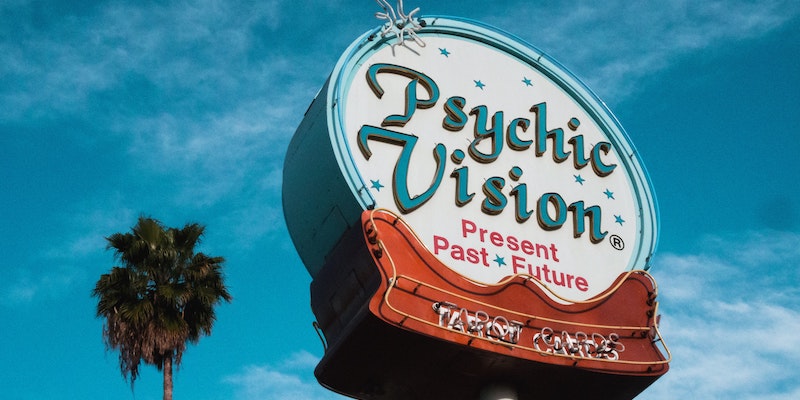 I Know What You're Thinking (And It Could Get Me Killed)

The powers and perils of psychic sleuths.

Imagine if the sleuths of your favorite TV shows or books had been granted the gift—or curse—of psychic abilities. Telepathy, clairvoyance, precognition, empathy. That would make them supersleuths, right? Pretty much unstoppable? Woe to killers, no matter how clever you are, the sleuth on your trail knows all!

With psychic abilities, Miss Marple would in all probability still use her observational skills and amazing knowledge of evil to ferret out the killer, I think. Lieutenant Columbo would still turn back with his baffled, apologetic expression and, “Just one more thing,” at the moment when the killer believed himself/herself on the verge of getting away with it. And, of course, Shawn Spencer on Psych would … probably continue to goof off and take in all the details and fumble his way to the truth. Probably. And maybe figure out a way to make an extra buck or two.

Veronica Mars, the Nancy Drew of her day (though considerably tougher), would use her teenage smarts to get there. Which is what Nancy did in her day, arguably with more wholesomeness. Phillip Marlowe would chew up and spit out the bad guys in the best way. Jessica Fletcher, who wrote about murder and lived in the US murder capital of Cabot Cove, Maine for a dozen years, would smile and charm her way to catch a killer, and let the rest of us make jokes about avoiding sweet little Cabot Cove, literally the last place you’d want to visit.

Remington Steele, who was a totally invented detective inhabited by a probable con man/thief, had a background filled with more mystery than the cases he and creator Laura Holt investigated, as well as an encyclopedic knowledge of old movies from which he often drew comparisons and parallels. Telepathy might have helped him with Laura, but I think he muddled through without it and with style. Nick and Nora Charles breezed their way through 30s glamour, drinking cocktails and solving crimes with lots of witty banter.

In many ways they all seemed to have extra senses, didn’t they? They knew human nature. They were amazingly observant and had incredible memories. Some had a great deal of wit, and all were highly intelligent. Quite a few were funny, intentionally or not. Some were world-weary to the extreme, while others possessed a bright-eyed, birdlike interest in the world around them. They were, for the most part, not concerned with shades of gray and didn’t agonize about it, seeing good and bad clearly, and a few of them weren’t above taking justice into their own hands.

They were fun to read about, fun to watch, not the least because we all knew they’d get their man or woman in the end. No unsolved cases going cold for our fictional sleuths, unlike their real-life counterparts. Sometimes, maybe most times, blood would be spilled along the way and the body count would rise. Often our sleuth would get himself or herself into a lot of trouble while investigating, leading to dramatic close calls, but part of the fun was that we knew that he or she would survive to sleuth another day.

Well, there was that thing with Sherlock at Reichenbach Falls, but we all know what really happened there, right?

From the beginning of sleuths-in-fiction, investigative abilities were naturally required, like the observational skills already mentioned. Curiosity was mandatory. Nosiness, really. Sometimes the ability to put off creditors while being charming to potential clients. And—

No, skills. Skills were mandatory. Being a snappy dresser wasn’t really required (see Columbo), but a few like Steele really knew how to wear a tux. Generally speaking, the amateurs didn’t often use guns, though lockpicking was an interesting skill several boasted. A few had pets and/or animal sidekicks: Columbo had a Basset Hound named Dog; Beretta had a bird named Fred; Nick and Nora, of course, had Asta.

But, for the most part, the sleuths most of us remember from books and TV were loners, or seemed to be. They occasionally lived in a rundown apartment (in Rockford’s case, a trailer), and the males often had some gorgeous woman on the periphery of their lives as occasional girlfriend, secretary, source for this or that bit of information or, very rarely, a partner or sidekick. The female sleuths, I note, seldom had either a romantic interest or something pretty and male to wear on their arms, at least not in a subordinate role.

Investigating murder tends to be a demanding profession even for amateurs. Time for sex, but seldom time for romance. Unless it ended unhappily, of course. Always room for a brief, unhappy fling to send a sleuth to his favorite bar at the end of the day. Or sometimes the beginning of the day.

Anyway. We were getting around to talking about sleuths with psychic abilities. Weren’t we?

Hmm. Well, I imagine if Shawn Spencer were really psychic he’d be even more of a pain in the butt, and even more of the people around him would want to kick his. The rest of them (excluding Sherlock, who certainly was already psychic) might well have found psychic abilities helpful at times and a curse at others. Or just another tool in the investigator’s toolbox.

But I doubt it would have made a huge difference in their sleuthing, maybe because they had so much else going for them. Or because it was always about normal human emotions and actions, because usually somebody got mad and somebody else got dead. And figuring out what happened generally took only the usual tools in the investigative toolbox.

I suppose it would be different if, say, I were a sleuth who needed an edge, an extra tool, especially in those really rough cases, to help me figure out whodunnit.

But there are limitations, right? Maybe I could read your mind, while the guy standing next to you is completely closed to me. Not at all helpful if he’s the killer. Even less helpful if I tap into your mind and it’s filled with the sort of distracting junk filling most minds. Like that fight you had with your wife this morning, and the cost of the orthodontist, and that bet you lost yet again that the Cubs would make it to the World Series (after you bet against them in 2016), and how sexy I look in these jeans … Um.

A sleuth could get killed, being distracted like that.

Empathy would most probably not be good, because murder investigations are filled with lots of negative emotions. Distracting again. Clairvoyance might help me pick up disparate facts, maybe more, but there’s that distraction factor again. Just a lot of stuff cramming into my head that I have to sift through. Same with precognition, really, because if I know there’s a big pothole looming in front of me I might take the wrong path around it and lose whatever I might have found out if I’d fallen into the thing.

And then there’s the simple truth of psychic abilities. The truth that they aren’t, after all, magic. That I can’t wave a wand and get exactly the thought, or feeling, or bit of information I need to solve the case. The Universe frowns on making it too easy for us. Right? So these “extra” senses are, when all’s said and done, limited just the way sight and hearing and other normal senses are limited, by distance or frequency or just being human.

And to a sleuth, especially, potentially deadly.

But it could be an exciting risk. If I can, maybe, control my abilities, narrow my focus. Search for just that bit of info I need. Ignore how sexy you think I look in my jeans, because just under that … a bit off to the side where you’ve managed to lock it away … there’s just a shadow of a secret motive you have. To kill.

Now I know. And now it’s a race, isn’t it? Now I have to find proof that’s more than thought, more than a shadow motive. Now I have to use all my other investigative tools to find the truth.

Before you realize how close I’ve gotten. 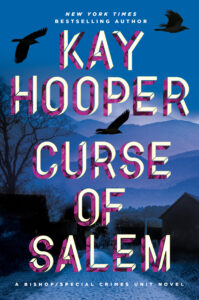 Kay Hooper, who has more than thirteen million copies of her books in print worldwide, has won numerous awards and high praise for her novels. She lives in North Carolina. Her latest book, Hidden Salem, is now available from Berkley Books. 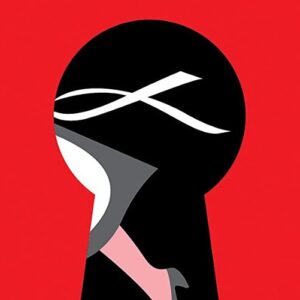 Another week, another batch of books for your TBR pile. Happy reading, folks. * Jenni Fagan, Luckenbooth (Pegasus) "The...
© LitHub
Back to top