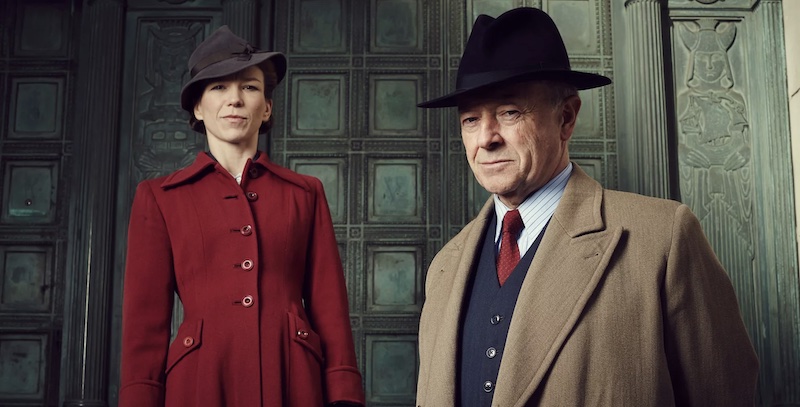 How did Foyle's War go from being a show about a local village's wartime effort to a show about big-city post-war existentialism?

During the summer of 2020, when we were coming to grips with the reality of pandemic—how little we knew about it, how fearful we’d become, how many lives had been lost, and how everyone’s life had changed overnight—I re-watched all eight seasons of Foyle’s War, the absorbing and carefully crafted detective series set in England during World War II. Created by Anthony Horowitz (Midsomer Murders) and starring Michael Kitchen as the quiet but unstoppable widower, Detective Chief Superintendent Christopher Foyle; Honeysuckle Weeks as Samantha “Sam” Stewart, his bubbly and resourceful driver; and Anthony Howell as Foyle’s assistant, Detective Paul Milner; most of the series takes place in the quaint seaside town of Hastings, where Foyle is tasked with investigating murders as war rages around him.

Foyle’s War combines historical events with mystery. Multiple seemingly unrelated strands coalesce into a sequence of cause and effect that Foyle pieces together in order to solve the central crime—usually a murder.  Despite the undercurrent of darkness running through each episode—homegrown spies, refugees and immigrants who are wrongly accused—there’s an element of narrative coziness that runs through the first six seasons of the show.  There’s no gratuitous violence, no sex, no swearing to speak of, and most of the action takes place in and around the picturesque environs of Hastings with its ivy-covered, white-washed homes and winding roads.  In the final two seasons, which take place after the war has ended, however, the tone of show becomes bleaker and more despairing, almost noir-like.

For me, the first six seasons are quintessential Foyle. In “The Funk Hole” (Season 2), much of the action takes place at Brookfield Court, a luxurious hotel where wealthy Londoners have retreated to ride out the war playing tennis and relaxing in manicured, green surroundings.

“How the other half lives,” Milner remarks, when he and Sam arrive to investigate a missing person who worked at the hotel. “You wouldn’t think that there’s a war on.” Earlier Foyle, who has just returned from a trip to the capital, describes the state of the city in unsparing terms: “Quarter of a million homeless, civil administration almost non-existent, no builders, no materials for repairs, rest centers overcrowded…”.  Sam asks: “You think it’s going to get as bad as that here, sir?” “God forbid,” Foyle replies.

Of course, crime intervenes, and the characters involved, as well as the resolution aren’t unconnected to the events that occur in the wider world:  there’s a shifty grocer who sells rations illegally, the hotelier’s husband has lost his eyesight in World War I, and Foyle himself is accused of causing panic in an underground bomb shelter.  But Hastings remains tranquil and beautiful, and as  Mary McNamara puts it in the Los Angeles Times, “Though other detectives and lead characters twist and shuffle through addiction, attraction, corruption and a generally fluid morality, Christopher Foyle doggedly remains a fixed point in an uncertain universe. Generous to those facing social censure and other hardships, his rules are simple and adamant: There is no excuse for murder, or for harming those who can’t defend themselves, not even the desperate requirements of war.”  Even while the world around him seems to have lost its moral bearings, for Foyle there’s always right and wrong.

His outlook is clearly expressed in “The German Woman,” the opening episode of the series, in which Foyle discovers that the murderer of a German woman also happens to be crucial to the British war effort. Sam asks Foyle: “Were you tempted to let [the murderer] go?”  Foyle replies, “Yes, I was. Hanging him is not going to do anybody much good… But I’m a policeman, and I’m here to do a job.  Simple as that.  If I start bending rules, I might as well pack it.” When Sam observes that the victim was German, Foyle replies, “She was a human being.  She was murdered.  Murder is murder.  You stop believing that and we might as well not be fighting the war.  Because you end up like the Nazis.”

The narrative arc of the first six seasons covers the war years from 1940 until the end of World War II in 1945.  While the crimes at first are local, as the years progress, newcomers like the Americans arrive and Foyle finds himself investigating crimes committed in US army camps that involve issues of race, for example, that the series hadn’t previously tackled.  But despite plot threads that lead Foyle down diverse and troubling alleys—he crosses paths on and off with MI-5—the series remains grounded in the town of Hastings and its local police department. The worldview that Foyle espouses in the “The German Woman” remain true throughout the first six seasons.

In Seasons 7 and 8, however, the tone and setting of the series shifts.  World War II has ended and Foyle has been coerced into working for MI-5 in London.  Sam marries a budding politician but still chauffeurs Foyle around and acts as his secretary, while Milner is no longer part of the team.  Unlike bucolic Hastings, post-war London offers few physical attractions. Its streets are gritty and instead of charming cottages, we see rows of identical newly-built boxlike houses. The cozy father-daughter relationship between Sam and Foyle also feels watered down now that Sam is married and later becomes pregnant.  And with the contrast between the crimes and their setting gone, the entire world feels physically and morally gray.  The series grows darker and, for me, a little less compelling. While Foyle retains his moral compass, his quiet and dogged sense of justice no longer carry the same weight as before.  Both the characters and the show seem to be aware that something crucial has altered.

In “The Eternity Ring,” the first episode of Season 7, Hilda Pierce of MI-5 tells Foyle,“If only [the war] had ended.  We have a new war… George Orwell calls it the Cold War.” A former policeman tells his wife, who has started working while he was away at war, “I just want things to be the way they were.”  In “High Castle” (Season 8),  in which Foyle is presented with a particularly difficult moral dilemma, viewers don’t find out what decision Foyle finally makes.  Instead, in the last line of the episode, he says to his companion “What would you do?” And I couldn’t guess what Foyle would do, which is a huge shift after the clear cut right-and-wrong of: “Murder is murder.”

It seems that the end of WWII and the start of the Cold War force the series to move into a morally ambiguous and noir-like terrain, which leads to a nostalgia for the certainties of the past that even the characters acknowledge. In the second-to-last episode of the series, when Sam and Foyle arrive at a mansion to investigate the shooting of a wealthy Jewish businessman, Sam remarks, “This is like the old days, sir.  Dead bodies, police, grand old house.” Foyle replies at once, “When everything was so very much simpler.”

Seasons 7 and 8 also stand out for some uncharacteristically hammy moments: there’s a romantic montage between a young Jewish man and (spoiler alert) a woman terrorist; vaguely middle-eastern music plays while a sheikh and his entourage rush down a hotel corridor. When I rewatched the series in 2020, I felt that Seasons 1 to 6 worked better, because the cozy storytelling style played off against the stresses and devastation of war to such good effect.  In many ways, I believe that still holds true.  But as 2021 draws to a close, and the pandemic hasn’t conclusively ended, just changed, I feel I can better understand the shifts that the final two seasons of Foyle’s War attempt to capture.  Whereas, during WWII there was a clear-cut enemy, the Nazis; after the war finished, life didn’t revert to the way things once were. The final two seasons reflect the aftermath of the trauma, which in many ways was more unsettling and scary precisely because the war, as Hilda Pierce tells Foyle, hasn’t really gone away, it’s just become more diffuse.

Do People Really Know What They Think They Know about Cornell Woolrich? 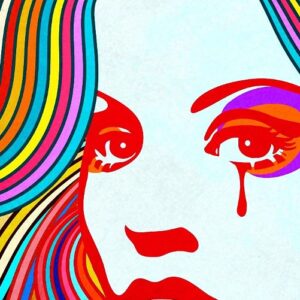 Another week, another batch of books for your TBR pile. Happy reading, folks. * Elizabeth George, Something to Hide (Viking) A...
© LitHub
Back to top