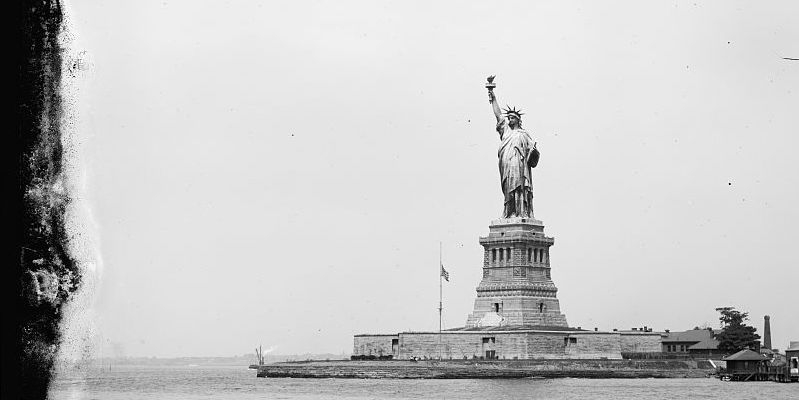 The Good Immigrant/Bad Immigrant Myth in Fact and Fiction

In a year marked by disastrous policies across the board, 2018 will likely be most notorious to future generations for the policy of separating families at the border. The Statue of Liberty, an icon of freedom in the United States and a welcoming sight to arriving immigrants, has greeted newcomers with words of acceptance: “Give me your tired, your poor, / Your huddled masses yearning to breathe free…” since 1886.

This year, many parents who came seeking asylum were not only refused or incarcerated, but their children were taken away—and incarcerated—as well. As of today, despite official reversals of policies, the Trump administration has failed to reunite all of these families—sparking an international outcry of human rights violations. Sadly, these policy decisions have only been one of the countless ways that contemporary immigration policies separate families. Many immigrant families are torn apart by economic or legal circumstances. But other separations are more subtle. Our xenophobic society holds many negative myths and stereotypes about immigrants, creating pressure on immigrant communities to prove that they’re “good.” To be “good” is to assimilate into being “American,” to distance themselves from their communities and separate from the culture of their homelands. The existence of the other is often used as proof of Americanism, xenophobia is useful for those who want to distract from other circumstances and rally a large group of people around a very simple concept. Fiction is the antidote to dehumanization and othering because it places us in a protagonist’s internal narrative

2018 is also the year that I published the third novel in my Justice Hustlers series of feminist heist books, The Accidental Mistress, and I was interested in exploring this theme of “good immigrant/bad immigrant.” Lily and Violet Johnson are sisters who emigrated from Trinidad to the US in their teens. Violet, the elder sister, had an educational visa to prep school, but Lily was undocumented and found work as a stripper. A decade later, Violet’s wedding to the young African American millionaire she met at Harvard is imminent. However, when she lets a stranger use her phone, a case of mistaken identity leads her to lose her job as well as her fiancé in the ensuing scandal.

What if a “good immigrant” did everything “right,” was on the verge of realizing the American Dream, and lost it all? How precarious is a life based on a form of assimilation that denies key parts of yourself? And when Violet discovers that the system is rigged against her, she finds she can’t win by being “good.” Justice Hustlers is a heist series, so of course, Violet has to participate in an elaborate plan that includes international reconnaissance, disguises, and safecracking. She reflects on her inability to succeed as the “good” immigrant: “Here the whole thing she was trying to do was prove she hadn’t committed a crime, but now she would be committing one to try to document her innocence.”

We have always been a nation with two mythical narratives of immigration: the glorification of the Pilgrims landing on Plymouth Rock, and the demonized “other,” a lens through which every immigrant wave has been viewed after the Mayflower. This binary system of good immigrant/bad immigrant has persisted. In 1965, the Civil Rights Act abolished preferential treatment for immigrants coming from Europe. But in 2001, the Patriot Act established ICE (Immigration and Customs Enforcement), which has systematically been separating families and detaining immigrants without due process.

Many families come to the US to escape economic conditions in their own countries. Individuals may not have the resources to bring all their family members immediately, and small children—even babies—sometimes go without mothers or fathers for months or years as the family undergoes the disruption of relocation. This is a common occurrence even when immigration is legal and the economic opportunities that come with migration represent upward mobility for the family. Needless to say, the policies and actions executed by the Trump Administration are making a process that is already obscenely difficult a far greater burden.

In The Accidental Mistress, I wanted to explore how assimilation creates separation within immigrant families. Violet, the “good immigrant,” came to the US for prep school, and was ashamed of her Trinidadian accent. She worked hard to master the American accent, so she could pass as a native. Her sister Lily came to the United States in her late teens, and retained her Trinidadian accent. The contrast between the two sisters is takes many forms: Violet came legally, Lily came illegally. Violet sounds American, Lily sounds Caribbean. Violet is also lighter skinned and Lily is darker. All of these reinforce the good vs. bad immigrant narratives, and all of these establish archetypes to then complicate with ordinary human concerns.

When Violet invites Lily to join her and her fiancé for dinner, this gendered rift deepens:

“What kind of food?” Lily asked. “Because I’m not paying fifty dollars for some celery sticks marinated in bourbon and chicken broth.”

Violet laughed. “Nothing like that,” she said. “It’s upscale paleo. Plenty of meat. It’s a nice place, so wear a dress, okay?”

For Lily, “a dress” turned out to be more like a coat of bright magenta paint that stretched from her mid-thighs to halfway up her breasts. A tiny pair of straps struggled to keep her ample cleavage from spilling out of the thing. It was January, so Lily also wore a cropped white faux-fur coat and black thigh-high boots.

Violet looked around at the textured driftwood walls and white linen tables of the restaurant. “What in God’s name are you wearing?” she hissed.

Yet later, in that same scene we see the vulnerability of the “good immigrant” as well. Lily unwittingly jabs Violet in a very sore spot:

“Violet would call home from boarding school and it was this American girl’s voice on the phone.” Lily screwed up her mouth with what seemed like a herculean effort. “Hyyyyee, Moooommm.”

She and Steven laughed.

She remembered that first call home. Her mother hadn’t gotten Internet service at the house, and she hadn’t yet figured out calling cards. She had to borrow her roommate’s phone. The girl clattered around the room, gathering her gear for lacrosse. Violet had longed to relax into Trinidadian English but couldn’t unmoor her tongue with this blond whirlwind in the background.

“Yaaah, Mooommmm, eyyyeeem fiiiiine.” So many days, sitting in class and knowing the answer, but keeping her mouth shut until she could twist it around those flat vowels. Lying in bed at night, listening to podcasts, the news, anything. Her mouth moving as she tried to copy the sounds.

This, then, is the more subtle tragedy of immigrants as well. The loss of self and the loss of connection to their home community.

Because The Accidental Mistress is a romance and a heist, we can expect a happily ever after ending for Violet. And Lily will be the main protagonist and get her own journey, romance, and happy ending in book #5 of the series. In the real world, however, these positive outcomes are much harder to come by. Indeed, news and fantasy are complementary and it’s important that we relish the happy endings found in fiction while keeping our eyes open to the unhappy endings that happen in real life. For the thousands of families separated at the border, those parents and their international allies must continue to fight for the right to reunification. And in order to ensure that this type of international disaster never happens again, we need to move from our good immigrant/bad immigrant binary. All migrants are deserving of human rights. I hope our nation’s future includes a just immigration policy that reflects that commitment to humanity. 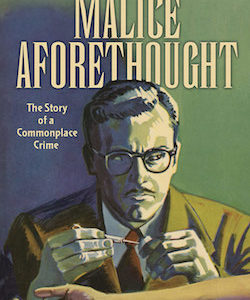 It was not until several weeks after he had decided to murder his wife that Dr. Bickleigh took any active steps in the matter....
© LitHub
Back to top