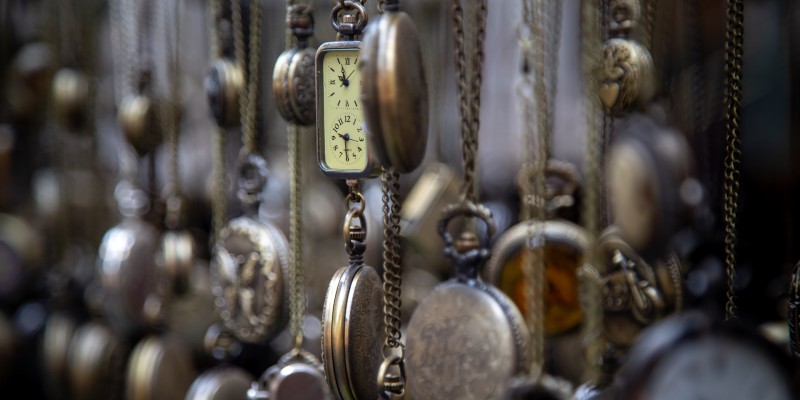 Authors of long-running series face a difficult question: how should their characters age?

There comes a moment in every long-running series character’s journey to step out of time to join the pantheon of the greats and live forever. So why has author Lee Child denied Jack Reacher—the current King of Crime Fiction—immortality?

Like everyone else in the free world, I’m a fan of Lee Child’s Jack Reacher series. Reacher is a modern-day Conan, roaming the land without attachment or possessions, stumbling into trouble then moving on the second he’s crushed it into dust. Child injects just enough hard-boiled metaphor into his lean, mean prose to keep us aware that while the author has chops, he’s sparing with the hatchet.

Before the Jack Reacher series became the juggernaut we know today, Child made the decision to age Reacher in real time. Which leads to one of the unintentional problems caused by lasting success: Jack Reacher is on his way to becoming a senior citizen.

When the series got its start with The Killing Floor in 1997, Jack Reacher was thirty-five. Child has turned out a new Reacher yarn every year since (and two in 2010!). Decades passing isn’t an issue for a less imposing protagonist, but Reacher is a hulking monolith of epic proportions. Pushing sixty, Jack Reacher is transitioning genres from crime’s hard-boiled genetic anomaly into the realm of science fiction.

Other authors have confronted this same issue. How did the prior King of Crime Fiction deal with these mortal stakes? Robert B. Parker had to address the same issue with Spenser. (As an aside, Spenser has no first name. Jack Reacher has no middle name. If Child could do it all over again, I wonder if it would be Reacher, first name unknown.) In his maiden voyage, Spenser is also in his mid-thirties. Fifty years later, Spenser has outlived his creator and his double-jab-cross combo hasn’t lost any snap.

Parker’s solution to the time problem was ignoring it, which led to some unusual continuity issues. For example, the longer Spenser states he and Susan have been together, the younger they become when they first meet, which was in the second Spenser novel. By then, Spenser has served in the armed forces, gone to college, boxed, and worked for the district attorney’s office. The Spenser character is mostly unaffected by the passing years, though he lost the progressive edge he had in the 1970’s. Now instead of ahead of the times, Spenser is firmly in step, or perhaps even a little behind. Spenser paid for eternal life in relevance.

Other characters—James Bond for example—lost context on gaining immortality. Comic book characters are forever locked in time. Not only does their readership accept it, they demand it. When creators attempt to replace the heroes with a younger generation, the changes are soon undone. The difference is that Spenser and Reacher occupy less fantastic settings, though we know their world isn’t ours. In our world, no one lives forever.

The many adventures series characters live elevate them to mythic status. Not only in quality, as the stakes rise, but in sheer quantity, as the corpses they leave in their wake also stack up. With Spenser, it begins to strike strange that the Boston Police Department is not concerned with a man with a triple-digit butcher’s bill. Jack Reacher’s body count is easier to digest. Much like a successful serial killer, Reacher is nomadic by nature, with little connection to the events. Reacher by nature is unbothered by killing, unlike early Spenser, who becomes physically ill after luring two of Joe Broz’s goons into a trap. Within a few books, Spenser is no longer bothered. Once immortal, death becomes an abstract concept. But as a series character’s adventures rise to mythic levels, his origins must be revised to match.

For Spenser, he began as a boxing contender whose championship run stopped at Jersey Joe Walcott (born 1914). But as the years passed, once having faced off against Joe Walcott now inched towards elder abuse, and the detective’s origin changed. Spenser no longer left boxing because he lacked what it took to win a championship title, but rather due to corruption. Gone was any implication he couldn’t have been the best of the best. In Sudden Mischief, the twenty-fifth novel, Spenser feeds Susan Silverman’s ex-husband a left hook Spenser is sure would have won him the belt, had he mastered the blow back then.

Jack Reacher began as a military police investigator, but over time this became beneath someone who, among other accomplishments, is the only non-Marine to win the Wimbledon Cup. Thus Child conceived the 110th MP Special Investigations Unit—a secret, special forces division of the military police.

In the early books, Reacher left the army during a force reduction. But such a mundane reason does not befit a budding immortal. In the sixteenth Reacher novel, The Affair, the circumstances of Reacher’s resignation are altered to suit his mythic evolution. Before The Affair was released, I was curious if Child would pull Reacher out of time. The way Batman has always been Batman for around ten years, Reacher might now permanently always be a decade out of the army, forty-five years young forever. On reading the book I was surprised that while the circumstances of Reacher’s resignation changed, the date of it did not. Child had passed on the chance to immortalize his creation.

Perhaps part of the decision is Lee Child’s fascination with the Cold War. He wanted a Reacher who was active in the 1980’s so he could scratch his itch to tell those stories. So again like Conan, the Reacher novels slide back and forth in the character’s timeline. This solution allowed Child to tell us tales at any point in Reacher’s life, but it doesn’t remove the point of his inevitable death.

Right now, Reacher, who could fold me into an elegant swan, is around the corner from a discount at Denny’s. If he had an address, his mailbox would be packed with AARP invitations. If Reacher continues to age in real time, he’ll be collecting Social Security in 2024.

Readers likely won’t mind. I will happily suspend my disbelief if it means reading a Reacher book on my deathbed. But the situation raises an interesting question. We all hope to create a character that outlives us. Now that the series has changed authors, will Jack Reacher take that step?

Once more, we can turn to Spenser. When a character is passed from the creator to a new author, some changes are inevitable (thank you, Ace Adkins, for not moving Spenser into an abandoned firehouse). Now that Jack Reacher has been passed to Andrew Child, we should expect some transformations. Within one book, Reacher has already gotten better looking and more tech savvy. With an Amazon television series around the corner—whose showrunners have stated each season will cover the contents of a single novel—immortality beckons.

My prediction: Long will live the King of Crime Fiction. 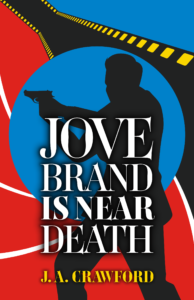 Born near Detroit, J.A. Crawford wanted to grow up to be a superhero. He was the first in his family to escape the factory line for college and studied Criminal Justice at Wayne State University, specializing in criminal procedure and interrogation. Despite what his family thinks, Joe is not a spy. When he isn't writing, he travels the country investigating disaster sites. Before that, he taught Criminal Justice, Montessori Kindergarten, and several martial arts. Joe is an alum of the Pitchwars program. Joe splits his time between Michigan and California. He is married to his first and biggest fan, who is not allowed to bring home any more pets. Check in on Joe at www.jacrawford.net. 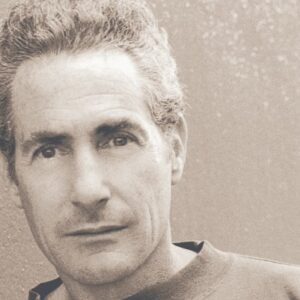 The last couple of years have kept Barry Gifford as busy as ever. Since 2019, the prolific novelist, poet and screenwriter...
© LitHub
Back to top