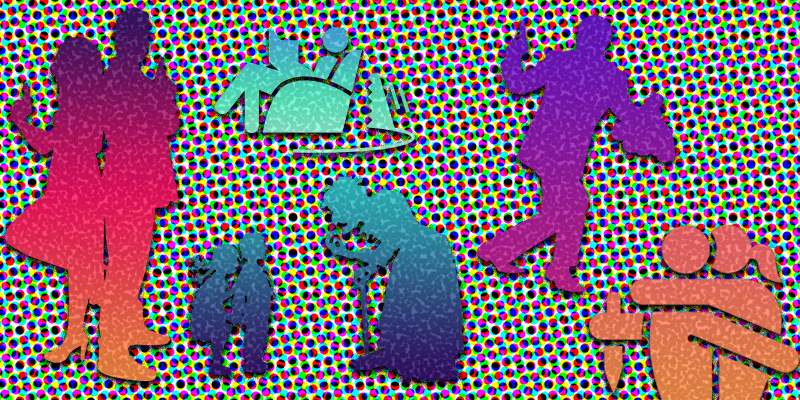 Lisa Jewell explores toxic masculinity in her latest thriller, but takes a stand for equal opportunity killing in the genre at large.

Let’s talk about toxic masculinity in the thriller genre.

Nearly all violent crimes are committed by men, around 90% in fact. Equal amounts of men and woman are victims of violence, which means that men are responsible for nearly all the violence committed against men and women. They are certainly responsible for virtually all the acts of sexual violence perpetrated in the Western world, and an unhappy percentage of criminal and domestic violence.

My publicist suggested that I might like to write about the issue of toxic masculinity for this essay, as my latest novel, Invisible Girl, is absolutely jam-packed with men behaving badly. The book deals with violent sexual attacks, marital infidelity, gas-lighting and the Incel community. Lots of nasty, nasty men doing nasty, nasty things. Which might suggest that I have an issue with toxic masculinity myself.

But actually, when I think back across my nearly nineteen novels, I find that no, I don’t have a particular axe to grind. Quite the opposite.

I’ve always been fond of men. My father is a narcissist, but I didn’t let that cloud my view. I had a string of very sweet boyfriends who were more into me than I was into them but then, out of leftfield, at twenty-one, shortly after my father left my mother for a younger woman, a toxic man appeared in my life and convinced me to marry him despite the fact that I wasn’t particularly into him either. There followed a very dark five year marriage during which I experienced almost everything there was to experience in the field of toxic masculinity, bar physical violence.

My ex-husband was charm on a stick in the early days and then showed me his true colours as soon as he had a ring on my finger. I was not allowed to see friends (they were all ‘awful’) or my family (‘I don’t make you see my family, why should I see yours?’). I wasn’t allowed to wear nice clothes or use the words I’d been brought up using (I was to say ‘living room’ not ‘lounge’, ‘loo’ not ‘toilet’). I wasn’t allowed a front door key or a telephone or to be one minute late home from work without a forty-eight hour dose of the silent treatment. He crashed my hen night and sat brooding in the corner with his best man. He told me I was bad in bed. He ignored visitors to the house and told them there was no wine when we had a fridge full of it. He gaslighted me and belittled me. He tried his hardest to snuff out everything that was good about me.

But I didn’t let him. I got out and I didn’t look back and I thought: that was a bad man and a bad marriage. I found myself a good man and made a good marriage. Within that good marriage I started writing novels, and for a long time those novels were about adorable men falling in love with adorable girls, in adorable London locales. Then as the years passed I started writing darker books, blurring the boundary between genres until eventually crossing fully into the sub-genre that is popularly (and rightly, in my opinion) known as domestic noir.

In 2016 I sat down to write my darkest novel yet. It was to be a novel about a young girl kept imprisoned in her neighbour’s basement for ten years. I immediately brought to mind the perfect character to be that neighbour; a man, creepy and unkempt, bursting with bitterness and a sense of having been left behind by the world. I was a few chapters into writing the novel when I went on to Twitter and saw a tweet from a writer friend of mine.

“If I’m sent another book to read about a young girl being kept in a basement by a twisted old man, I will throw it across the room.”

I thought; oh no, I’m writing a cliché! I thought, how can I rescue this book from being a book that people will want to throw across the room? And then (spoiler alert!) I realized that the kidnapper did not have to be a man, purely because the statistics would suggest that a man was the most likely person to carry out a crime like this. What about the 10% of violent crimes that aren’t carried out by men? Who are the violent women? The sociopathic women? What forms them and what motivates them?

Finding reasons for a woman to act with such heartlessness and depravity was a challenge. Why would a woman, genetically programmed to nurture and to care, want to hurt another woman, or a child, to dehumanize her? Jealousy, maybe? Wanting something that they had? Writing Noelle Donnelly in Then She Was Gone was exhilarating, because, unlike a lot of my other thrillers, I knew it was her from the start, so I didn’t have to maintain her ambiguity. She could be bad from the get-go and then all I had to do was explain why she was bad. I didn’t have to provide her with a veil of pleasantness or decency, I wasn’t trying to fool the reader into thinking she was good in any way.

Coming to Invisible Girl, however, I left the playing field wide open. I filled my book with people and I worked out their motivations as I went. I had no baddy in mind, no idea who might have been committing the random sex attacks in the area or what gender they might be. The sex attacks were non-penetrative, the perpetrator wore a face covering and a hood, had small hands and smelled of fabric conditioner. It could easily have been a woman. And why not? Just because it doesn’t happen often, does not mean it doesn’t happen at all. A troubled young girl called Saffyre Maddox goes missing in the early chapters of the book. Is her disappearance connected to the sex attacks? And who might have wanted to hurt her? Could it be the jealous wife of her psychologist, Roan Fours? Or could it be Owen, the loner across the street who’s been hanging out on an Incel forum? So, although toxic masculinity runs rampant through every page of the book, pinning all the bad stuff onto men was not my inherent intent as I wrote it.

In The Family Upstairs, my previous novel, I again picked a cast of characters and let them show themselves to me. A woman called Birdie walks into my family’s home a few chapters into the book and I toyed with her for a while. I knew I needed a bad person in the house, and I’d thought at first it might be her. But ultimately she wasn’t what I was looking for and so I used her to bring the true villain into the piece. It could have been another woman, but it wasn’t. It was a man. He was a terrible, terrible man. But he wasn’t terrible because he was a man. He was just terrible.

In my novel before that, Watching You, once again I brought together my ensemble, killed someone off and then spent the next 400 pages peeling the characters back to find the one who would have had the motivation, the damage, the darkness, the reason. It could have been a man, it could have been a woman. It didn’t really matter to me, so long as their crime was believable. And in Watching You, I bring to life probably one of the most toxic female characters I have ever written, Nikki Lee, who threatens to disembowel her nemesis’s Golden Retriever with a scaffolding pole.

In two previous novels, The Girls in the Garden and The Third Wife, I eventually found my criminals within the female population of each book; partly to subvert the readers’ expectations, but also, because they were the most believable given all the other factors. In fact, in The Girls in the Garden, I’d set up a middle aged man from the very beginning to be my perpetrator, but as the closing chapters started to unfold I knew, I just knew, that it couldn’t have been him, that he was a dick, but that he was a harmless dick.

So, toxic masculinity, while it certainly exists, is fundamentally unsuited to the job of being the primary source of villains in thrillers. Men do horrible things; men are violent. But never to look in your rear view mirror, never to consider the mild-mannered woman in your periphery, the quiet girl in the corner, the teenage girl with the toxic upbringing, is to kill off half the fun, the challenge, the joy of creating domestic suspense. We all know men are capable of horrors, but it’s the unexpected criminals who are the most satisfying to write about and to read about. And who could be more unexpected than a woman?

That idea—that literally anyone can be capable of literally anything—is the backbone to a decent thriller, the element that brings the whole thing to life.

And hopefully, what stops readers throwing books across the room. 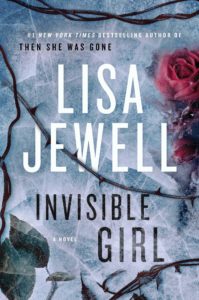 Lisa Jewell is the #1 New York Times bestselling author of nineteen novels, including The Family Upstairs and Then She Was Gone, as well as Invisible Girl and Watching You. Her novels have sold over 10 million copies internationally, and her work has also been translated into twenty-nine languages. Connect with her on Twitter @LisaJewellUK, on Instagram @LisaJewellUK, and on Facebook @LisaJewellOfficial.

On Rotwelsch, the Central European Language of Beggars, Travelers and Thieves 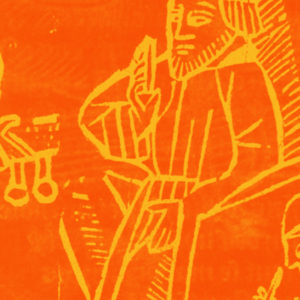 On Rotwelsch, the Central European Language of Beggars, Travelers and Thieves

My aunt Heidi, Günter’s widow, had trouble finding the right boxes, as she moved erratically around the attic, trying...
© LitHub
Back to top