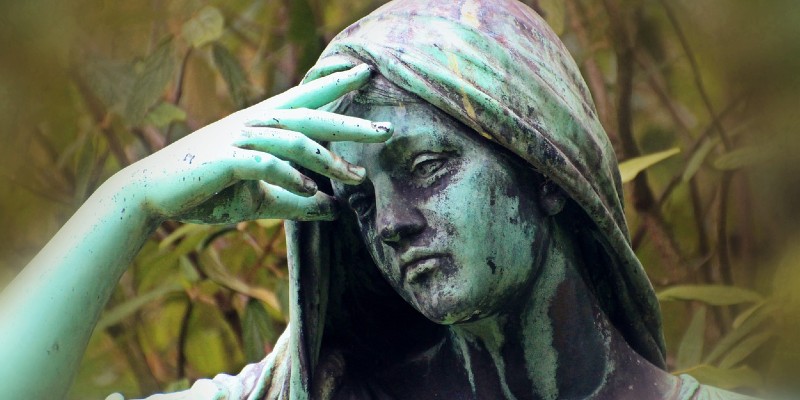 In Defense of a Thriller Trope: “Damsels in Distress”

Nancy Allen spent her career prosecuting felonies in the Ozarks. She urges readers not to turn away from the dangers women face.

Women in peril is a common theme in fiction. Crafting storylines about damsels in distress has long been a trope in the thriller genre.

That theme dominated the subject matter of pulp fiction way back in the twentieth century. A broad hint of the plot within those paperback novels was provided by the cover art: garish color images of attractive young women, invariably bound, eyes wide with terror, popping out of a form-fitting dress (usually red).

From our contemporary perspective, were those women-in-peril stories lurid? Absolutely. Did they objectify women? Most certainly. But the market for those stories didn’t end with pulp novels. It still exists in fiction, nonfiction, films, and television.

It’s easy to understand why the trope has come under criticism. Serving up women’s suffering as entertainment, with detailed descriptions of rape, torture, and murder, is indefensible. Because of that, some maintain that writers should desert the plot device of women in peril and that authors should only create thrillers in which women suffer no violence, danger, or ill-treatment.

I understand the argument, in principle. As a lifelong feminist (and my life is so long that I qualify for Medicare), I find the oppression of women intolerable. But to ban the issue in fiction?

I’m not down for that.

I write legal thrillers. Most of the books I’ve written center around a woman whose life or safety is in jeopardy, generally inspired by actual crimes committed in the Ozarks, where I live. And the reason why I write these stories is simple.

Women are in peril here.

I address crimes against women and the social issues that contribute to those crimes. I do it because I’m passionate about the issue.

When I graduated from law school in 1980, I returned to my hometown as one of the first handful of women practicing law in Southern Missouri and the only woman in felony prosecution. I was assigned sex cases and crimes against women and children. It was a brutal education. My hometown of Springfield, “the Queen City of the Ozarks,” has the highest incidence of domestic violence in the state, and per capita, Missouri has the second highest rate of men killing women in the U.S. Our county seat has the highest incidence in Missouri of sex crimes, of child abuse and neglect, and of sexual offenses involving children.

So I don’t approve of a movement to ban writing about abuse of women. Because the reality of the violence is occurring in my own backyard, and ignoring that reality is a disservice to those who suffer. Novels can inform the reader about social ills. The legal thriller genre can shine a light on the criminal justice system and illuminate the challenges women face when seeking aid from law enforcement and the courts.

Rather than eliminate women in jeopardy from fiction, I prefer to applaud authors who do it right. We can find stories that don’t serve up a frightened, abused female as a plot device to inspire male characters to heroics. It’s gratifying to read a thriller in which the resolution is accomplished either by the victim herself or with the assistance of other women coming to the rescue.

These five titles fit the bill.

Nobody But Us, by Laure Van Rensburg, is described as a high-concept thriller in which a couple’s romantic weekend getaway is not what it seems. The relationship between grad student Ellie and professor Steven is off-putting at first, a demonstration of the power imbalance inherent in professor/student relationships. But the book has an unexpected twist as the characters realize that neither of them is quite who they say they are—and that one of them won’t escape the weekend alive.

Colleen Hoover exploded onto the publishing scene, a self-published author whose climb to the top of the bestseller lists was generated by word-of-mouth. In Verity, Hoover has written a romantic psychological thriller about Lowen, a struggling author who is hired to ghost-write a series after a famous author is disabled in an accident. When Lowen uncovers Verity’s unfinished autobiography, she is sucked into the horrifying history of a family dogged by tragedy and will learn who’s to blame for the devastation. Another Hoover bestseller is It Ends With Us, a story of a woman who breaks the generational cycle of domestic violence.

Carey Baldwin also examines domestic violence in her new release, The Marriage Secret. The book opens with extraordinarily powerful scenes as it introduces a marriage which is fundamentally unbalanced beneath the surface. When becomes unhinged, Holly realizes that she must escape the marriage to protect herself and her baby. The novel paints a frightening picture of the sinister way in which a relationship can quickly disintegrate. It shows the impact of psychological abuse and gaslighting and the vulnerability a woman faces when her marriage partner holds all the economic resources.

Kristi Belcamino is another author whose self-published books have achieved bestseller status. In Vendetta, she introduces Gia, my very favorite brand of thriller heroine: a total badass. Gia is drowning her sorrows to contend with the death of her parents when she learns that their deaths weren’t accidental. In her quest for vengeance, Gia must stay one step ahead of a ruthless killer. Watching Gia fight with as much ferocity as male heroes provides tremendous satisfaction. Turnabout, after all, is fair play.

In Thick as Thieves, Sandra Brown’s recent release, Arden searches for answers about her father’s involvement in a twenty-year-old heist that ended in murder and becomes the target of his accomplices. Brown is not a newcomer to the “women in peril” storyline, and she places her protagonist directly in harm’s way. But though Arden is in jeopardy, she’s no shrinking violet who begs for rescue. She demonstrates resilience and a willingness to

Though all the characters in these thrillers are placed in situations rife with danger, they engage in a fight to survive using skills, strength, and personal fortitude to resist the dangers that threaten them. In these books, as in life, women face jeopardy.

Instead of imagining a fictional world which ignores the issue, it feels more credible to create stories in which women struggle against injustice. Any book that pretends there’s an even battleground for both sexes is a fairy tale. I’m not partial to fairy tales.

Give me a thriller. I’ll be rooting for the damsels. 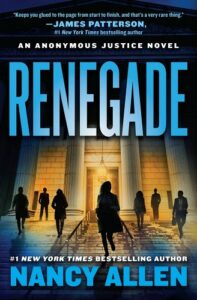 Bestselling author Nancy Allen practiced law for fifteen years as Assistant Missouri Attorney General and Assistant Prosecutor in her native Ozarks, trying over thirty jury cases. She served on the faculty of Missouri State University for fifteen years, teaching law classes. She is the author of the Ozarks Mystery series. With James Patterson, Nancy is co-author of New YorkTimes Bestseller Juror #3 (2018) and Jailhouse Lawyer (2021). Renegade is the first book in her AnonymousJustice series. 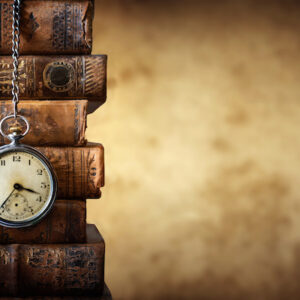 Each day started with a brief meditation session where I would clear my mind and say to myself, “All that matters is the characters....
© LitHub
Back to top