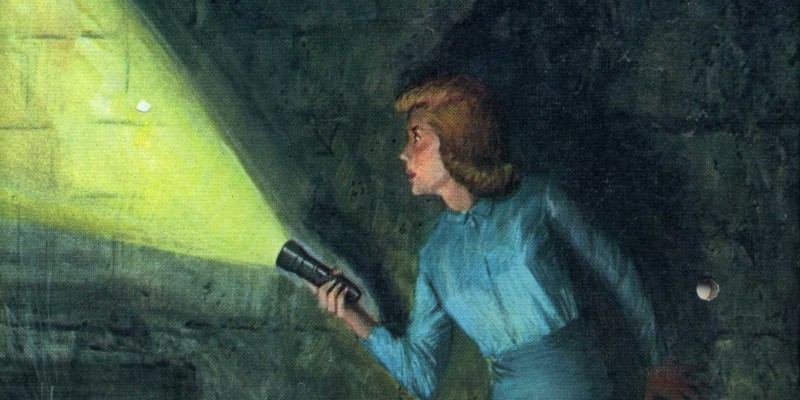 My first hero as a kid was Nancy Drew. My English teacher dad had handmade bookshelves in the den (1970s word for study or office) where he’d grade papers and work on lesson plans, and they were filled with hardcover Nancy Drew by Carolyn Keene novels. He also had most of the Hardy Boys mysteries and tons of classic literary fiction, but from the first few pages of The Hidden Staircase, I was hooked. I know now that I read the second book first, but it didn’t matter at the time. Accompanying Nancy Drew on her secret, compelling adventures, I reveled in the idea that a girl could take it upon herself to solve mysteries while aiding her dad in the process. A girl. Nancy was originally written as sixteen at the beginning of the long running series, but was then aged up to eighteen, which now seems more appropriate to my fifty-two-year-old brain.

Nancy Drew paved the way for the hundreds of mystery novels I read following hers. Looking back, there’s one constant through all my favorite books versus the ones I never finished or trudged through, irritated the entire time: I love an ass-kicking main character, and if she’s female, even better. On the flipside, throw a damsel-in-distress-type protagonist at me and it’s a guaranteed DNF, or worse yet, one of those books I gripe about to my reader friends in case they also prefer reading women who save themselves.

When I wrote my first manuscript, and the next, and the eventual manuscript that would finally be my debut novel, I didn’t realize I was writing cozy mysteries until it was pointed out to me. In the upcoming Peril At Pennington Manor, I swear I was not even thinking about Nancy Drew stumbling upon the door to a secret passageway that leads elsewhere when I penned Avery Ayers accidentally triggering a tiny latch to a hidden staircase. Nancy Drew wasn’t on my mind, but once I’d typed the words, I couldn’t take them back. My protagonist Avery Ayers is feisty, brave, and headstrong, so you know she’ll find a way to investigate this discovery, just as she’ll also get herself out of whatever awful incident ensues in the process.

I think in today’s world, encountering women in fiction who save themselves serves as a soothing balm to the reader’s soul. I read an interview recently with the phenomenal Pamela Adlon, in which she admits that the protagonist she wrote in her moving television series Better Things is “me in a cape—the ultra version of me.” She elaborates, saying, “it’s that moment when, after something happens, you think oh, I wish I had said that, or I wish I had done this (From The Daily Show with Trevor Noah, 4/22/22).” My Avery Ayers is me in a cape. Nancy Drew is likely the ultra version of many of the authors who wrote her. Without further ramblings, since I could talk strong, competent women all day long, here are five must-read cozy mysteries with “killer” female protagonists. 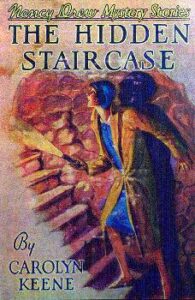 The Hidden Staircase by Carolyn Keene

Nancy Drew epitomizes the strong female lead. Curious, independent, empowering, she is a cozy mystery heroine who makes her own rules and won’t be deterred by difficulties. Feminist author and academic Carolyn G. Heilbrun has called the early Nancy Drew mysteries “a monument in the history of feminism.” 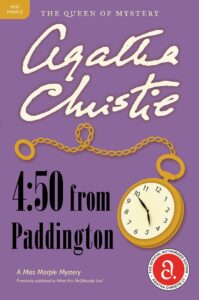 4:50 from Paddington by Agatha Christie

Agatha Christie’s Miss Jane Marple is iconic. I was thirteen when I read my first Christie, and I still remember how impressed I was with Miss Marple’s intelligence and cunning. When Miss Marple convinces friend Lucy Eyelesbarrow to take a job at Rutherford Hall over Christmas to help investigate a possible murder, we get the best of both worlds: the seasoned Miss Marple, equipped with experience and spot-on deductive reasoning, and younger protagonist Eyelesbarrow, with a First in Maths from Oxford University and a can-do attitude. Lucy Eyelesbarrow works as a domestic laborer and is considered to be proficient in a wide variety of tasks, a bit like a female MacGyver in this Christie book. 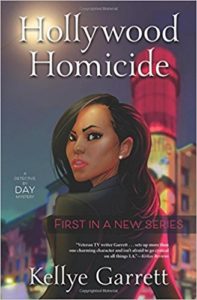 The triple-threat winner of an Agatha, Lefty, and Anthony award, Hollywood Homicide introduces protagonist Dayna Anderson. All the semi famous, mega-broke actress wants is to help her parents keep their house. So after witnessing a deadly hit-and-run, she pursues the fifteen grand reward. But Dayna soon finds herself doing a full-on investigation. She chases down leads at paparazzi hot spots, celeb homes, and movie premieres, loving every second of it―until someone tries to kill her. Library Journal calls this cozy “A smart, sassy debut, introducing an appealing protagonist with amusing friends.”―Library Journal (starred review) and Debut of the Month 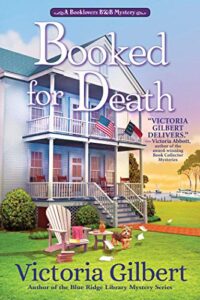 Booked For Death: A Booklovers B&B Mystery by Victoria Gilbert

In the 2020 kick-off of this second successful cozy series by prolific author Victoria Gilbert, we meet recently widowed Charlotte Reed, who’s new to running her late great-aunt’s B&B. When a rare book dealer who suspects Charlotte’s late aunt of shady dealings turns up dead, Charlotte steps up to the plate. Armed with intelligence and courage and assisted by her vibrant older neighbor Ellen, Charlotte is determined to prove her innocence and to clear her great-aunt’s name. Intelligent, well-educated, down-to-earth, sympathetic, willing to stand up for herself and others, Charlotte embodies the independent and resilient nature of a woman who saves herself. 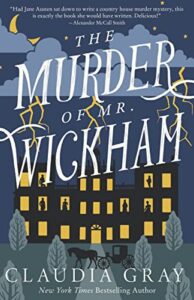 The Murder of Mr. Wickham by Claudia Gray

A summer house party turns into a thrilling whodunit when Jane Austen’s Mr. Wickham—one of literature’s most notorious villains—meets a sudden and suspicious end in this brilliantly imagined mystery featuring Austen’s leading literary characters. This tagline for New York Times bestselling author Gray’s brilliant recent release had me at Jane Austen. When a murder occurs that leaves nearly everyone a suspect, it falls to the party’s two youngest guests to solve the mystery: Juliet Tilney, the smart and resourceful daughter of Catherine and Henry; and Jonathan Darcy, the Darcys’ eldest son. In this tantalizing fusion of Austen and Christie, seventeen-year-old Juliet’s intelligence, drive, and plucky demeanor mirrors that of another indomitable, sleuthing protagonist: the iconic Nancy Drew. 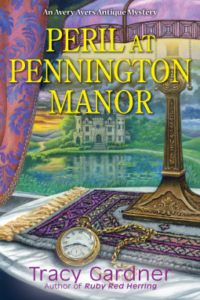 Tracy Gardner, a Detroit native, is a cozy mystery and women's fiction author. A registered nurse and the daughter of two teachers, Tracy lives with her husband and best friend of thirty years, their three great kids who come and go between college schedules, and a menagerie of spoiled rescue dogs and cats. She is a strong believer in the power of family, friends, music, and baked goods as staples to a happy life. 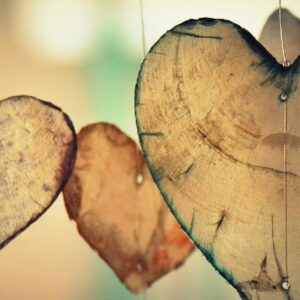 Reading romance novels made me a better mystery writer.  And I don’t just mean by enhancing the bits of sexy times...
© LitHub
Back to top