Back in the day, so my mother tells me, on the rare occasions when my father took her along to one of the cabarets of old Tehran, the tough guys—the lutis—the bosses, the knife brawlers, and the traditional wrestlers, would lay out their suits and jackets on the floor of the place for my mother to walk on. It was a gesture of supreme respect for one of their own. And it says a lot about a Tehran that simply doesn’t exist anymore—a Tehran of chivalry and loyalty, a place where allegiances meant something, where friendships harked back to a classical world of warriors from the great Persian epic, the Shahnameh (The Book of Kings), and to the medieval Islamic notion of the ayyar brotherhood in Iran and Mesopotamia where the bandit and the common folks’ champion were one and the same, and where every man followed a code of honor set in stone.

Or else, all of this may simply be wishful nostalgia for something that didn’t exist even back then. Back then means a time before the Islamic Revolution of 1979. That watershed event that sits in the mind of every Iranian as a chasm, a sort of year one after which everything strange became law. The brutal eight years of war with Iraq—the longest conventional war of the twentieth century—the persistent pressures from America in its own everlasting twilight war with Iran, the official corruption of the new ruling class, and the snowballing inflation turned just about everyone into a “night worker.” Living an honest life was no longer an option. Prostitution, theft, an explosion in the drug trade and addiction, the selling off of raw materials and historic national treasures—plus endemic, in-your-face bribery—became a way of life. Meanwhile Tehran grew and grew, until it was one of the megacities of the world, now pushing at fifteen million stray souls—a leviathan that can barely stand itself, a purgatory of unmoving traffic, relentless pollution, and noise and anger and inequity, surrounded by some of the most beautiful mountain scenery in the world.

Tehran, then, is a juxtaposition of ugliness and beauty that breaks the heart. A place where not one but two inept dynasties came to miserable ends, and where, arguably, the third most important revolution in history (after the French and the Russian) was started. It is also the city where Churchill, Stalin, and Roosevelt met to divvy up the world while the flames of WWII were still burning. And it was where one of the CIA’s first manufactured coups (with the prodding and support of the British—who else?) against a democratically elected government was put into motion, thus ushering in years of a dictatorship which in turn was swept aside by the first real fury of fundamentalist Islam, a harbinger of the world we now live in and call post–9/11.

Tehran remains a schizophrenic beast always at odds with itself, always trying to figure what will be the next design for it that won’t fit, or fit horribly.

In other words, there is something of both the absolutely spectacular and positively disgraceful about Tehran. But most writers around the world are inclined to think that their own sprawling metropolis is the capital of every imaginable vice and crime, of impossible love and tenderness and cruelty and malice in measures that seldom exist anywhere else. For me, Tehran’s case is no different—except that there really is a difference here. The city may be a hothouse of decadence, a den of inequity, all that. But it still exists under the watchful eye of a very unique entity, the Islamic Republic. The city enforces its own morality police, and there are regular public hangings of drug dealers and thieves. Because of this, there is a raging sense of a split personality about the place—the imposed propriety of the mosque rubbing against the hidden (and more often not so hidden) rhythms of the real city. At the start of each day, and particularly in late evenings, Tehran remains a schizophrenic beast always at odds with itself, always trying to figure what will be the next design for it that won’t fit, or fit horribly.

None of this is of course helped by the fact that Iran happens to be one of the biggest drug conduits on the planet. The vast Afghan opium crop, transformed into heroin, needs its transit routes for the European markets, while Iran itself remains a major supplier of methamphetamines. The country and its slatternly capital sit at the crossroads of the world—to the north is the specter of Russia, ever daunting, to the west there is Turkey and the gates of Europe, to the south is the Persian Gulf, the Arab lands, and the immensity that is Africa, and to the southeast and east is India and the rest of the great Asian continent. Each of these have had their say in Iran at some point. Each has left its indelible mark. And you only have to traverse the country to experience the dozen languages and as many shades of color and appearance—all of them inevitably converging on Tehran, impregnating it and aborting it, lending it life and destroying it, and, sometimes, praying for its redemption.

You would think that such fertile terrain would be the stuff of powerful fiction from the past. Not so. And the reason why so little of it all has been tapped thus far is something worth noting here: censorship. That ogre which hounded Iranian writers before the revolution and even more so afterward. Before 1979, there were two types of censorship, and at opposite ends of the political spectrum. One was the predictable and narcissist censorship of the king’s court, and the other the knee-jerk braying of the leftist/Communist intellectuals who believed that any written work that was not in the service of the “masses” was bourgeois and of no consequence and therefore in the royal court’s favor. This boded particularly unwell for serious genre fiction of any sort—which is why, for example, a minor gem like Qasem Hasheminejad’s An Elephant in the Dark went utterly ignored.

Nevertheless, with the advent of the Islamic Republic, what had mostly been a thorn in the side of writers and their creative lives ballooned into absurd and unfathomable proportions. Consider this typical example of the censor’s verdict regarding a sentence in a simple children’s manuscript: There is a conversation between an apple and a pear. The apple tells the pear, “Come and take a bite of my red cheeks and see how delicious I am.” The Ministry of Culture and Guidance’s ruling on the sentence: “Too sexy. Too provocative. Must be removed.” From this small example you can imagine what Iranian writers have had to contend with for the past thirty-some years. Imagine having to write in an alternate universe where there is to be no mention of sex, little genuine interiority of character, no delving into social issues, no politics, and nothing that could convey a society at some internal conflict with itself. In such a universe, if a writer does not kill himself first, or instead simply gives up and becomes a cab driver (I’ve known cases of both), he might resort to one of three modes of writing that have, unfortunately, a fighting chance to pass the censor’s obtuse gaze: 1) fluffy and vague symbology meant to say one thing and mean another; 2) derivative and tired magical realism that has every other character and their mother growing wings and flying to who knows where; 3) thin, bloodless texts of angst and self-absorption with little context or reference to the troubled world outside.

In such an atmosphere, to even begin to attempt the noir mode—which at its best is in complete, albeit harsh, engagement with the world—is an act of courage, a political act. Which is why the writers drawn for this collection (Tehran Noir) happen to be those who have tasted the city and know its wounds. They depict a Tehran at its most raw and least forgiving—Sima Saeedi and Majed Neisi in their inimitable portrayals of life after a war or revolution; Mahsa Mohebali and Danial Haghighi unmasking underground life in the Islamic Republic; Farhaad Heidari Gooran, Yourik Karim-Masihi, and Lily Farhadpour showing the tough, multicultural reality of a pullulating city bursting with prejudice; Azardokht Bahrami and Javad Afhami revealing the lugubrious weight of religion; Mahak Taheri and Aida Moradi Ahani exhibiting the systematic and inescapable corruption in the chambers of power; and Vali Khalili and Hossein Abkenar displaying the grit and harshness that is the quintessence of the capital. (Since I translated all but two of the stories from Farsi into English, I’ve included a glossary of Persian terms at the back of the book.)

Article continues after advertisement
In such an atmosphere, to even begin to attempt the noir mode—which at its best is in complete, albeit harsh, engagement with the world—is an act of courage, a political act.

In each story you can find more than one and often all of the themes I just mentioned. But Tehran’s narrative would not be quite complete if we did not cross oceans in at least one tale to land smack in the middle of Southern California. In Los Angeles, to be exact. In the Los Angeles Valley, to be even more exact. After the revolution, the exodus of many Iranians took them all over the globe. But nowhere did they flock to with more verve and the sense of finding a home away from home than a city that is often dubbed Tehrangeles. LA, then, is where Gina B. Nahai’s story takes us—this other unwieldy Goliath of occasional instant riches but mostly shattered dreams, the noir city par excellence, where the two Tehrans finally converge. And it’s only right that they should, as both cities, Tehran and Los Angeles, sit on top of major tectonic fault lines. The clock is ticking for them. But who cares about dire predictions of earthquakes and eventual annihilation when there is real estate money to be made today? Who gives a damn about the day after tomorrow?

So take what you can get when you can get it. It is this sense of impermanence about a place, expected one day to be swallowed up whole and disappear, that drives the inhabitants of Tehran, my Tehran, to—as we say in Persian—press hard on the gas pedal. There is always an element of the end of the world about this city. A feeling of being once removed from the edge of the precipice. Elsewhere I have called it the “Seismic City”—the seismic sanctuary. All of this will end one day. Yes. And maybe sooner than later. And when it does, by God, we will miss it. 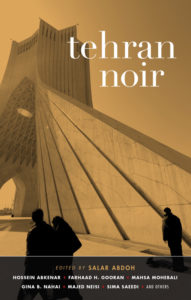 From the introduction to Tehran Noir (Akashic).

SALAR ABDOH was born in Iran, and splits his time between Tehran and New York City, where he is codirector of the Creative Writing MFA Program at the City College of New York. He is the author of The Poet Game and Opium. His essays and short stories have appeared in various publications, including the New York Times, BOMB, Callaloo, Guernica, and on the BBC. He is the recipient of the NYFA Prize and the National Endowment for the Arts award. He is the editor of Tehran Noir and the author of Tehran at Twilight, his latest novel. 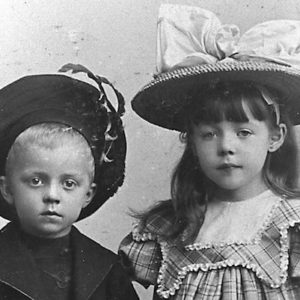 The moment number two child arrives in the family you have sibling rivalry. With that first insistent cry for attention,...
© LitHub
Back to top